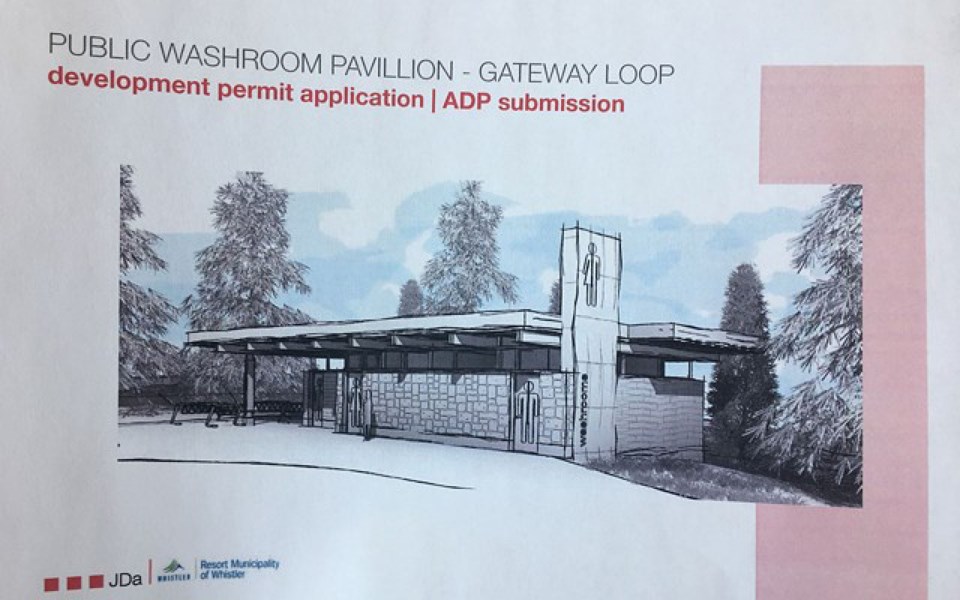 A project to build three public washrooms in Whistler Village has increased in cost by 50 per cent since it was last seen at council. Photo by Braden Dupuis

A controversial project to build three washrooms in Whistler Village has increased in cost by 50 per cent.

Further, while the project was originally slated to be paid for entirely by provincial Resort Municipality Initiative (RMI) funds, it is now listed as an 85/15-per-cent split with the general capital reserve.

A Resort Municipality of Whistler (RMOW) spokesperson said the municipality engaged a construction manager to review the designs and previous contract package, "which resulted in changes and identified cost savings.

"That said, the overall cost increase is reflective of anticipated local market construction conditions," the spokesperson said, adding that funding for the project from RMI is reflective of funds available in the appropriate reserves.

Increasing costs or not, the washroom project is just one of several to benefit from RMI and provincial Municipal and Regional District Tax (MRDT—often referred to as the hotel tax).

"The RMI and MRDT are foundational to Whistler's ability to contribute to the provincial economy," said Mayor Jack Crompton.

"Whistler delivers 25 per cent of B.C.'s gross export tourism revenue. Without these financial tools our community would not be contributing to the provincial economy in the way we are today."

The provincial government earmarked $39 million over three years for the RMI program—designed to assist small, tourism-based municipalities to support and increase visitation—in its 2019 budget, and committed to making the program part of its baseline budget.

That's good news for Whistler, which has put its RMI funding to work in a variety of ways since the program was rolled out in 2006.

Whistler got approval to increase its MRDT rate from two to three per cent in November 2018, which the RMOW expects will bring in an additional $2.5 million annually.

While taxes collected from online accommodation providers can now be used for housing, the relatively small amount (about $600,000 in 2019) will do little to put a dent in Whistler's upcoming housing projects in Cheakamus Crossing Phase 2, said Chief Administrative Officer Mike Furey.

"That money for housing sort of goes right to immediate survey costs or architecture costs, those sorts of things," he said.

"We are going to borrow tens of millions to build buildings, so that money, it's helping, but if you're looking at a $45-million build, that's not really denting it too much."