COS did not disclose three bears were killed in Sept. to protect investigation 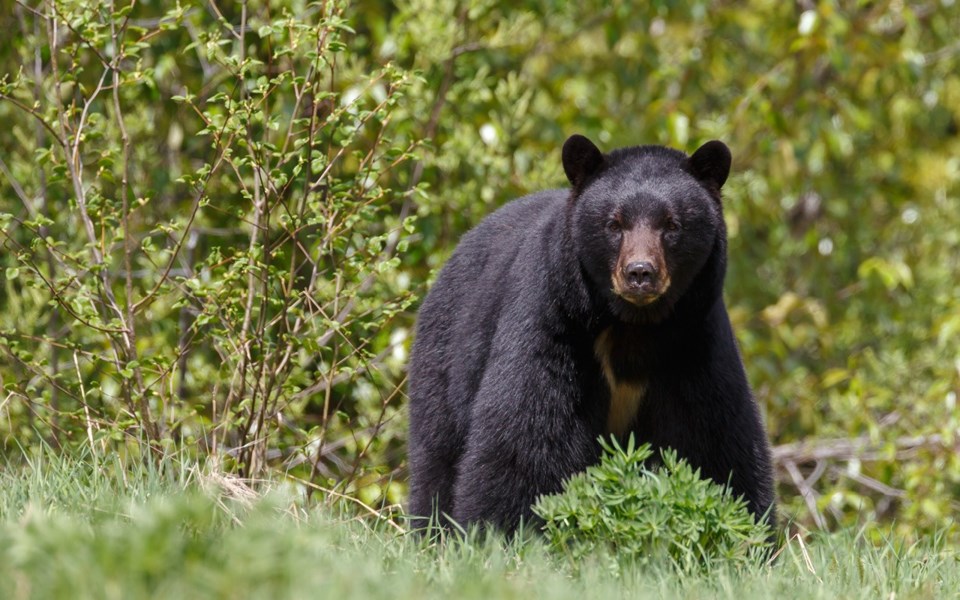 INVESTIGATION LAUNCHED The Conservation Officer Service said it has launched an investigation after receiving reports of people feeding bears in Kadenwood. www.shutterstock.com

The Conservation Officer Service (COS) has disclosed that three bears suspected of being fed in Kadenwood over several years were destroyed by the Crown agency in September after displaying "very troubling" behaviour on the scene.

Sgt. Simon Gravel reached out to Pique within hours of publication of a story on Friday, Dec. 21 that reported the COS had launched an investigation into bear feeding in Kadenwood that they have reason to believe could have occurred over a number of years, "contributing to the domestication-like behaviour of several bears," according to an emailed press release sent to media on Dec. 16.

In the point-form email, the COS reported that, on Sept. 19, conservation officers attended Kadenwood and confirmed there had been damage to multiple properties done by bears. It went on to say that officers observed a sow and two cubs nearby, before attempting to haze the animals "with no success." The bears reportedly approached the officers at close distances even after several attempts to haze them away. The COS said it tranquilized the three bears onsite for "further assessment."

What was not shared publicly in the release, or in the last three months, was that conservation officers killed the bears, due to the threat posed to the public.

"The property damage was part of it, but (it was also due to) the behaviour of the bears as a whole," that COS killed the animals, Gravel explained. "The bears were what we would call highly food-conditioned, seeking non-natural food in that neighbourhood for some time, approaching people, bluff-charging people (for) those food sources. When the officers responded, the behaviour that was observed by the officers on the scene was very troubling."

Gravel said that the COS chose not to disclose the bears' deaths in order to protect the ongoing investigation.

"We didn't want to mention at first, at all, that we responded to that specific location and situation, because there was some sensitive information at the time that needed to be kept (private), because it would have triggered a possible response from our suspect," he said.

Internally, the COS debated how to handle the release of the information, Gravel noted, adding that the provincial agency did not want to "deviate the narrative away from the investigation just to talk about why the COS killed those bears.

"We have a limited amount of staff and resources to complete that investigation and we hope to be able to focus on that at this point."

The COS has contended with negative press over the past weeks stemming from an Oct. 8 incident in which a sow bear fell to her death after being tranquilized by a conservation officer and climbing a nearby tree.

The COS' handling of the incident prompted swift backlash, including a formal complaint lodged against the COS by wildlife advocacy group, the Fur-Bearers. Critics questioned why a capture net was not deployed that could have cushioned the bear's fall. (The COS said it has recently obtained two capture nets and is now testing them for deployment—they should be ready for next year's bear season.) Others criticized the COS' decision, based on advice from a provincial biologist, not to relocate the surviving cubs, fearing they may not survive the winter on their own.

In addition to the sow and three cubs that had reportedly been fed in Kadenwood, the COS said that two other yearling cubs showed signs of habituation and food-conditioning on Sept. 19, approaching officers at close distances and not responding to hazing attempts. Gravel believes "it's likely" there were a number of bears being fed in Kadenwood over the years, although he would not speculate if the sow killed in Creekside Oct. 8 was one of them.

The Whistler Get Bear Smart Society's Nicole Fitzgerald questioned conservation officers' inability to haze the bears, suggesting that officers could have deployed an electric fence that was purchased by the non-profit for COS use.

"Just because a bear is food-conditioned and habituated does not mean it's a death sentence for the bear. It's a fixable solution," she said.

"The solution we see needing to move forward is proactive measures. Electric fences are the No. 1 deterrent that can be used."

Kelly Gave, resident and president of the Kadenwood Strata, said she was not aware of any bear feeding in the neighbourhood. But with only a handful of permanent residents and a steady stream of visitors and second homeowners, Gave acknowledged the possibility that people were unaware of proper bear practices and could have been feeding wildlife.

In a statement approved by the council, the Kadenwood Strata said, in part, that it is "deeply saddened by this news and strongly disapproves of feeding wildlife, especially bears. We will increase our efforts to educate homeowners and residents on being bear aware."

The strata also works with contractors to monitor the more than a dozen construction sites in the neighbourhood for improper bear practices, and contractors receive literature outlining the best strategies to keep wildlife safe.

"We, as a strata, were saying that we've been good about educating the construction sites ... but let's make sure that we double down on our efforts to educate everybody in Kadenwood about bear-aware policies that exist in Whistler," Gave said in a follow-up interview.

Gave has also reached out to the Bear Smart to take part in its newly launched neighbourhood-watch program, intended to mitigate wildlife conflict and raise aware of bear-related issues in a given area. Neighbourhood groups have already been started in Rainbow and Creekside. (Anyone interested in starting their own neighbourhood-watch group should email nicole@bearsmart.com.)

Gravel welcomed the initiative, saying the COS wants to work with any groups trying to make "Whistler a better place for bears."

The COS is asking any witnesses to bear feeding in Kadenwood to contact the agency through its RAPP line at 1-877-952-7277.

The Pemberton Wildlife Association and the BC Wildlife Federation are offering rewards totalling up to $4,000 for information leading to a successful conviction. Feeding bears is considered a serious offence under the Wildlife Act.