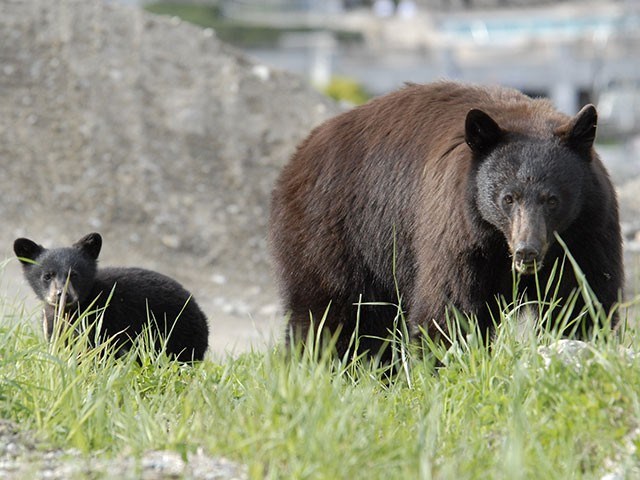 Conservation Officers are clarifying how to deal with bear cubs, after the controversial death of a Whistler cub three weeks ago.

“Sylvia Dolson from the Get Bear Smart Society and I have been chatting over the last couple of weeks, along with consultations I have been doing with staff on this topic,” said Lance Sundquist, manager of Conservation Officers in the south coast region.

Sundquist said the discussions have led him to advise staff that if a conflict mother bear is destroyed, her orphaned cub should be sent to a rehab facility, as long as the facilities have space to receive it.

While previous guidance stated abandoned or orphaned bear cubs should be sent to rehab facilities, it did not clarify what should be done with orphaned conflict cubs.

Dolson said her organization is very pleased that the Ministry of Environment has reviewed and clarified its policy.

“Scientists have told us that orphaned cubs or cubs of conflict mothers are no more likely to get into conflict situations than any other bear. So giving these cubs a second chance of life in the wild, really at no cost to the taxpayers, it is the right thing to do,” said Dolson.

Three weeks ago a sow, named Juniper, and her seven-month-old cub, Beari, were shot by RCMP and Conservation officers after the pair had broken into a residence in Whistler Cay. The shooting of the cub, in particular, drew outrage from some residents.

Conservation Officers will use the clarified guidance until the Ministry of Environment finishes a more comprehensive review on the bear cub rehab policy.

According to Sundquist, the review will look at what criteria should be used to evaluate bear cubs, especially when it comes time to release cubs from rehab, and who should be in charge of the evaluation.

Michael Allen, a bear researcher in Whistler, agrees that a more in depth review on sending cubs to rehab needs to be taken.

“I think cubs should be sent to rehab only if they are going to be monitored after, because we need to see if rehab works,” said Allen.

“I don’t think it hurts anything to try. I am all for rehab if they monitor the cub after. But if they don’t monitor the cub, then I think it is a dangerous approach to take,” he said.

Allen said that if cubs die or get into trouble after they are released, then the money spent on rehab is better spent on proactive measures like better education and bear proofing garbage.

According to Allen, the survival rate for cubs is high in Whistler at 80 per cent.

“I think it is important to clarify with the public that there is no shortage of cubs here. And when we have 46 cubs produced in two years, you need to accept mortality in the population,” said Allen.

He added that if you look at the public outcry towards Juniper and her cub being killed, everybody was upset about the cub and not many people were upset about the mother.

Dolson also said the public needs to understand that they share in the responsibility of the bears’ deaths because of their negligence in dealing with garbage.

“The onus always comes back to the people in the community and preventing conflict from occurring in the first place. All these other measures are reactive, and prevention is absolutely the way we need to go,” said Dolson.

She added that GBS is stepping up their bear education at this time through posters and door-to-door campaigning.