Board to update business plan by December to reflect new budget
Nov 2, 2007 9:38 AM By: Alison Taylor 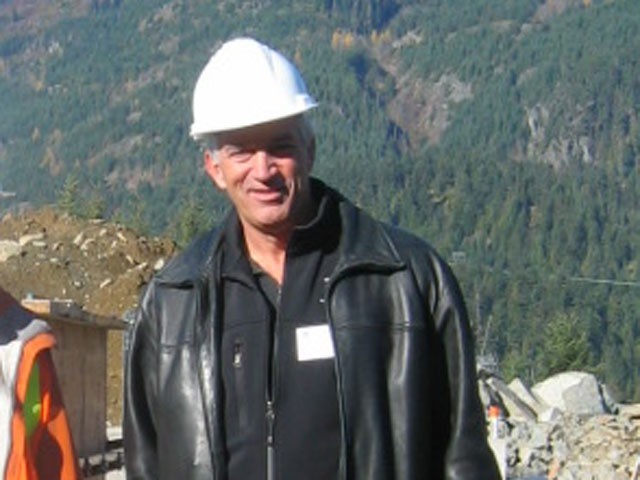 Cost Savings Eric Martin will investigate why the athletes' village project is already $2 million under budget at this stage.

An expert team at the helm of Whistler’s athletes’ village project will be amending its business plan this fall to account for cost savings, not budget overruns.

“I’m not sure how much we’re coming under but we’re definitely coming under,” said Eric Martin, chair of the board for the Whistler 2020 Development Corporation (WDC).

He is referring specifically to the $26.8 million line item in the business plan which addresses the total servicing costs for the development — things such as installing pipes for sewer and water, building roads and trails and blasting thousands of pounds of rock on the Lower Cheakamus site.

With the bulk of that work now complete, Martin estimates the savings could be in the order of 10 per cent, or more than $2 million. That money will be funneled back into the contingency fund, an $11 million budget that has yet to be touched.

And while this is just the first part of the municipality’s $131 million Olympic project and it’s still early days yet, all signs are pointing to a development that will come in on time and on budget.

“The risk we have now left is vertical construction.”

He was quietly confident standing on site last week as local crews from two different companies work on the foundations for the first 40 townhouses in the development. This will be where 2,500 athletes will lay their heads during the 2010 Olympic and Paralympic Games. In the months following the site will be transformed into a community neighbourhood with 240 homes for sale to Whistler employees. It’s already starting to look like a neighbourhood development.

When asked how this project has managed to stay on budget so far where so many others have failed, Martin pointed to several factors.

Right off the bat the board, which is made up of eight volunteers with years of expertise in the construction industry, scrapped extra roads in the initial site plan and found more than $4 million in savings before work even began.

Last winter, the WDC bought all the piping for the servicing. They bought it directly, cutting out the middleman fees, and avoiding the cost escalation that occurred over the winter months.

More importantly, the crews blasted all of the rock on site and used it as gravel for the roads, the utility trenches and the building pads.

Had crews not crushed the rock on site it would have cost $30 per tonne. As it is, it cost $5 per tonne. That adds up when you processing 150,000 tonnes of rock.

In fact, it all adds up to cost savings.

“It’s very welcome news in light of some other projects that are sorely challenged,” said Mayor Ken Melamed, one of the WDC’s board members.

Part of the success to date can be attributed to the team in place, he said, and their ability to ask the tough questions and adapt quickly to changes.

“Some of these good news stories are largely a result of the expertise that’s there, the knowledge of the Whistler environment,” said the mayor.

“There’s been a lot of thinking on our feet as we’ve gone along.”

That’s why the board is revising the June 2006 business plan and is hoping to take it to council in December.

Martin recognizes the project was labeled as “moderate risk” both for budget and schedule in an April 2007 Partnerships B.C. report.

A critical component was that the servicing be complete by 2007. With that on track, and indeed, some of the vertical construction now underway, the project is on schedule to be delivered three months before the Games.