Animal had been spotted in Alpine, Rainbow and Emerald over past month, says COS
Jul 20, 2019 12:00 AM By: Brandon Barrett 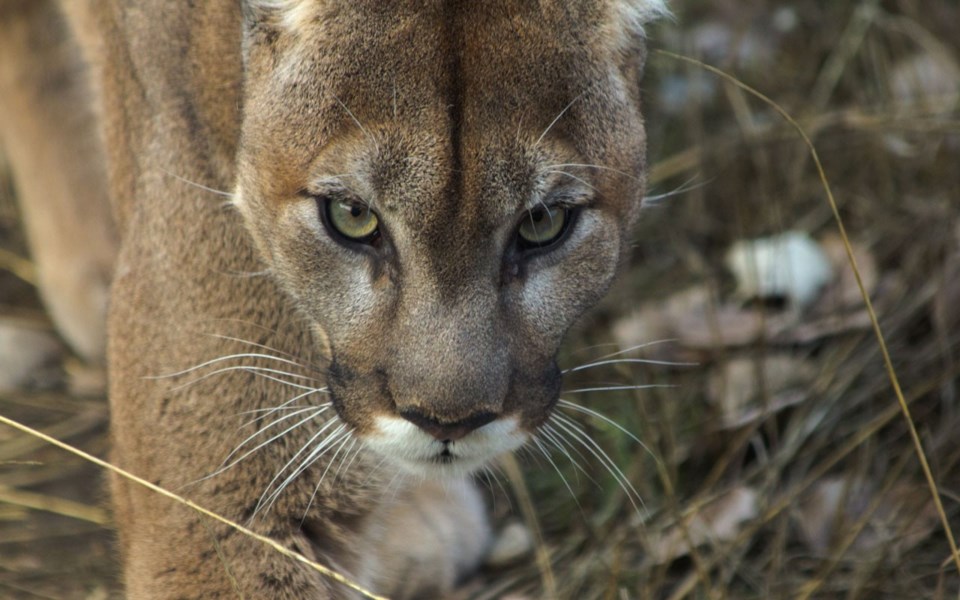 A cougar was destroyed on July 12 by the Conservation Officer Service. WWW.SHUTTERSTOCK.COM

The Conservation Officer Service (COS) destroyed a cougar on Friday, July 12 following a rash of sightings in Whistler and reports of several missing house cats.

Conservation Officer Brittany Mueller said the COS had received approximately 20 reports of the cougar over the previous four weeks in and around the Alpine, Rainbow and Emerald neighbourhoods. There have also been reports of a cougar in the Whistler Mountain Bike Park, although the COS was unable to confirm if it was the same cat.

Typically an elusive animal, it is unusual for a cougar to display the kind of habituated behaviour this adult female did, Mueller said, adding that it had been spotted sleeping on patios and in residential backyards close to nearby children.

There have also been reports of several domesticated cats going missing from the same area in recent days.

"The cougar was living in a high-use area right on Rainbow Drive, and was indifferent to human presence, even when it was hazed. It's abnormal behaviour right away," Mueller said.

Alpine resident Helen Bradley said she noticed the cougar lingering in her and her neighbour's backyards on Rainbow Drive over the course of two days last week.

"It was unsettling, absolutely. It felt [like stalking]. I don't know what or who she was stalking, but she was not leaving our yard," she said, adding that her husband headed to Meadow Park to warn a children's event after the cougar left their property in that direction.

The COS had hoped that the cougar would "move off" from the area on its own after reports starting coming in last month. Mueller said it's been 15 years "since the COS has had to [destroy] a cougar in Whistler for public safety."

In 2016, the B.C. government ended long-distance relocation of large carnivores, deeming it an ineffective management technique to deal with wildlife conflict. Some research suggests that cougar relocation in particular is ineffective because the cats typically prowl large areas and can end up in territorial conflicts with other cougars. But wildlife advocates criticized the policy change when it was first announced, calling for all non-lethal intervention tactics to be exhausted before destroying an animal.

"While officers may tell the media that they never want to kill animals, the Preventing and Responding to Conflicts with Large Carnivores policy used by the COS does not at any point require non-lethal measures to be used in conflict," wrote Lesley Fox, executive director of the Association for the Protection of Fur-Bearing Animals, in a 2016 open letter to B.C's then-environment minister, Mary Polak. "In fact, there is no preventative action required between receiving a conflict call and use of lethal force by officers."

It's unclear exactly what led to the cougar's concerning behaviour. Unlike bears, cougars are not usually attracted to garbage or other human food sources and don't tend to spend long periods in populated areas. Cougars use "large green spaces to travel large areas," Mueller said, who added that it's possible the female was pushed out of more desirable terrain by a larger tomcat.

In the event of a cougar encounter, the COS advises to remain calm, make yourself look as big as possible and back away slowly while maintaining eye contact.

"You really don't want to make it feel comfortable," Mueller said. "We want to be a threat to that animal, but sometimes these animals, over time, develop these behaviours and it slowly starts to escalate and that's what happened over the past four weeks."