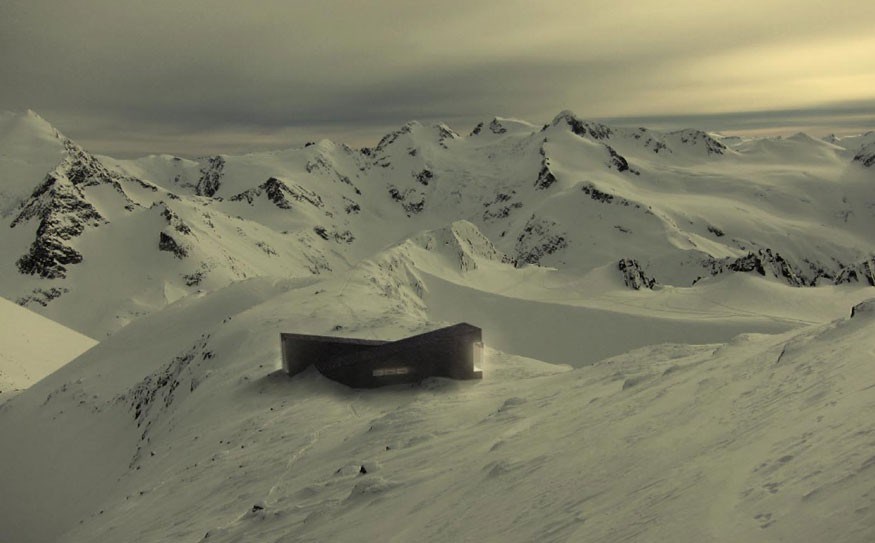 What a view The $1.7 million Spearhead Huts proposal is taking shape, with Whistler Council discussing the proposal at a Committee of the Whole meeting. Graphic submitted

Proponents Liz Scremin and Rob Brusse, of the Spearhead Huts Committee, made a presentation to council Tuesday at the afternoon's Committee of the Whole meeting, detailing the five-year project that will take thousands of volunteer hours and hundreds of thousands of dollars in fundraising efforts.

The project is designed to capitalize on the relatively untapped backcountry on Whistler's doorstep both in summer and winter.

"It's a unique high-altitude traverse over moderate terrain," said Brusse, of the multi-day hike or ski, stretching about 35 kilometres.

It's no secret that council supports the project. In its Council Action Plan, developed shortly after taking office, council agreed to support the advancement of the Spearhead Hut initiative.

Tuesday's presentation was an in-depth look at the backcountry project that calls for two new huts along the Spearhead Traverse and a replacement hut at Russet Lake. Each hut is estimated to cost $380,000 and each could house 35 to 40 people per night at a cost of $20-30 each.

"We're not talking about a luxurious hut or a spartan hut," said Brusse.

The first step, after getting approval from BC Parks, which is expected in October, is to begin fundraising for the Pattison Hut and the Decker-Pattison trail. The hut is slated for high on the summit ridge of Mt. Pattison.

Once that project is complete fundraising will begin for the Macbeth Hut and the new trail to that hut from Pattison.

The third phase of the project is to replace the existing hut at Russet Lake, slated for a new location a little further from the lake to capitalize on sun and views, and build a new trail from Macbeth.

Councillor Jayson Faulkner, also a member of the Spearhead Huts Committee, believes the hut-to-hut traverse could be "ridiculously popular" so much so that it will need an online lottery system to determine who gets to use the huts.

There are currently no numbers for the skiers who access the area. Faulkner said it could be between 500 and 1,500 per year. This development would see numbers grow.

"It is absolutely a world-class experience," he said. "This is way more dramatic back there (compared to Whistler Blackcomb), way more wild."

And he believes it will have economic spin-off benefits to Whistler. He compares it to his backcountry experiences in Europe, bookended by time in town.

"I don't do the hut trip and leave," said Faulkner.

There have been two major fundraising events, securing $40,000 for the project. That's just a drop in the bucket of the $1.16 million needed. A further $580,000 is expected to come from volunteer labour and donations.

For more information go to www.spearheadhuts.org.

Howe Sound health region has had 18 confirmed COVID-19 cases
Jul 4, 2020 2:30 PM
Comments
We welcome your feedback and encourage you to share your thoughts. We ask that you be respectful of others and their points of view, refrain from personal attacks and stay on topic. To learn about our commenting policies and how we moderate, please read our Community Guidelines.