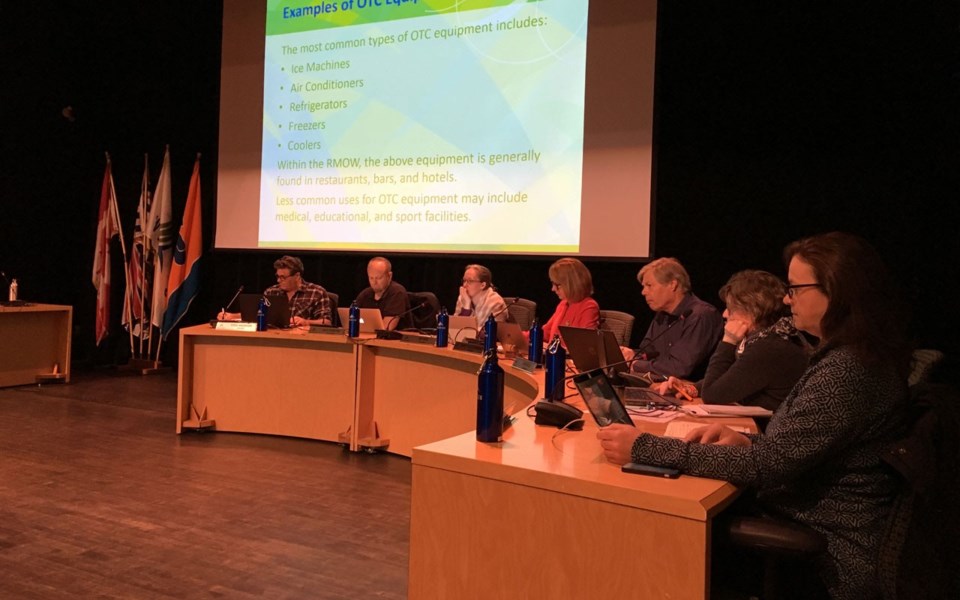 AT THE TABLE The next council meeting is Tuesday, Aug. 14 at 5:30 p.m. File photo by Braden Dupuis

Here's a quick look at what to expect at this week's council meeting, kicking off at 5:30 p.m. on Tuesday, Aug. 14 at the Maury Young Arts Centre.

While Whistler averaged greenhouse gas reductions of about 3.8 per cent annually from 2008 to 2012, the trend has been reversing in recent years.

Since 2014, the resort has averaged a 4.7 per cent increase in total emissions each year, meaning Whistler is no longer on track to meet the community's GHG reduction goal of 33 per cent by 2020 (compared to 2007 levels).

The report details 2017 GHG emissions, energy consumption and expenditures for 2016, and includes an update on the Community Energy and Climate Action Plan.

Public discourse around a proposed bowling alley and restaurant complex in Whistler Village is ramping up, with supporters of the proposal writing letters of their own to counter opposition from the bar and restaurant sector.

On Tuesday, council will authorize staff to schedule a public hearing in relation to covenant modifications the project requires to move forward.

The public hearing, which will allow community members to have their comments and concerns added to the public record, will tentatively take place on Sept. 4.

Also at the August 14 meeting, council will consider first two readings of a bylaw that will raise parking fines from $20 to $35.

The increase—the first since 2001—is aimed at increasing parking availability and general parking revenue for the municipality.

The full agenda for Tuesday's meeting can be found at www.whistler.ca/municipal-gov/council/meeting-agendas-and-minutes.

Pick up Thursday's Pique for more.