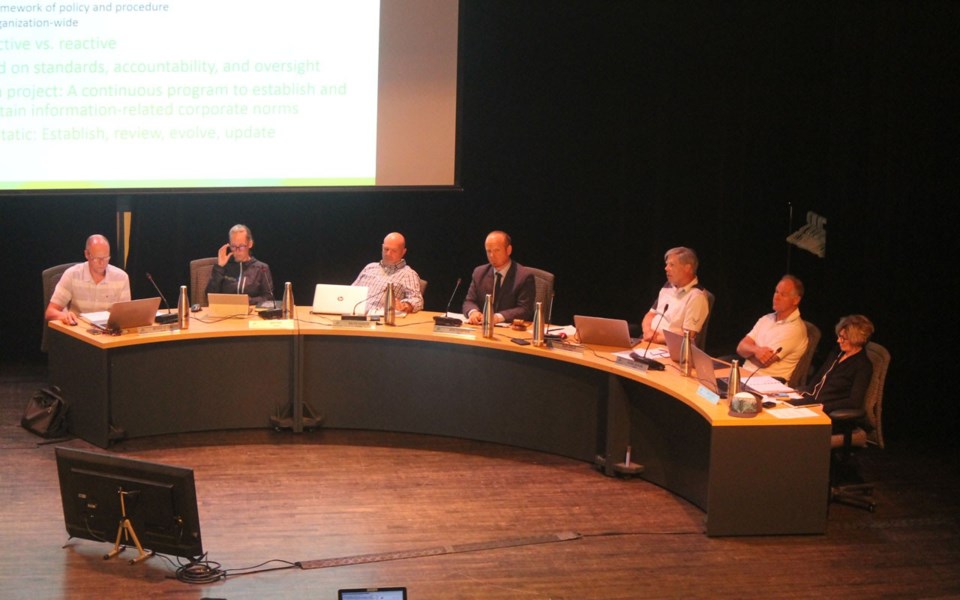 HERE'S A QUICK LOOK at what to expect at Tuesday's council meeting, kicking off at 5:30 p.m. at the Maury Young Arts Centre.

Council will hear an update on the Resort Municipality of Whistler's (RMOW) Parks Master Plan, which is now shifting into its third and final phase.

The project—launched late last year with an open house and online survey—will create an inventory of amenities at each of Whistler's parks, prioritize future improvements and develop designs to carry them out.

Phase 3, which will last until spring 2020, will include conceptual designs for park improvements, cost estimates and a "high-level prioritization and timeline matrix," as well as more community engagement.

While the planning process is ongoing, RMOW staff have identified some priority areas that need "more immediate attention," including replacement of the water play park at Meadow Park, a Valley Trail connection to Alta Lake Road at Rainbow Park and toad migration initiatives at Lost Lake Park.

The RMOW's long-awaited Zero Waste Committee is nearing formation, with a draft terms of reference for the group set to come to council on Oct. 22.

The committee's goal will be to reduce the amount of waste generated in Whistler and subsequently sent to landfill.

"Despite continued education and past policy amendments, a recent waste audit found that compostable and recyclable materials continue to be landfilled and that materials which are not recyclable, but are socially convenient, continue to be used in the community when more sustainable options are available," reads a report to council.

While about 60 per cent of waste managed by the RMOW was diverted from landfill in 2018, the Zero Waste Committee will look at ways of reaching at least 90-per-cent diversion.

The committee would be made up of the Mayor of Whistler, one representative each from council, the Association of Whistler Area Residents for the Environment, Whistler Blackcomb, the Whistler Community Services Society, a citizen-at-large and a staff member from the Squamish-Lillooet Regional District, as well as three RMOW staffers and three members of the business community.

A pair of public hearings will also be held on Oct. 22, starting at 6 p.m.—one regarding the removal of Temporary Use Permits for home-based studios and another for a housing proposal in Cheakamus from Whistler Sport Legacies.

Find the full agenda at www.whistler.ca/municipal-gov/council/meeting-agendas-and-minutes, and pick up Thursday's Pique for more from council.