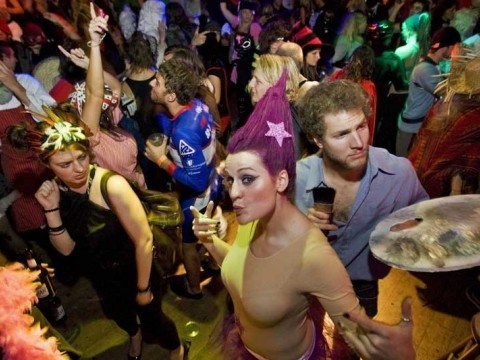 Whistler council finally came to a unanimous agreement Tuesday night about how late restaurants, bars and nightclubs should stay open during the Olympics.

The answer: an extra half hour.

One month after the issue first landed on council's table, and after two attempts to deal with it, all seven members of council eagerly supported the compromise of a blanket 30-minute extension to closing hours.

The mood was light as the councillors jumped at the opportunity to move the motion forward, amid lots of laughs and jokes about referring the issue back to staff.

"It was a good compromise," Mayor Ken Melamed later said when asked why council was able to vote so quickly and in unison this week when just two weeks ago they couldn't agree on what to do.

"This has been a challenging issue and obviously it has been referred back many times. I think council saw that staff had made a serious attempt to accommodate their interest of extending service, and there was a sense of a need to move on."

Originally, several councillors wanted to give licensed establishments an extra hour during the Olympics. A report from staff recommended keeping the hours as they are.

The Whistler RCMP also supported keeping the hours as they are, saying they would not have enough staff during the Olympics to properly police the village if restaurants, bars and clubs close an hour later. Sergeant Steve Wright explained policing the Games will already be challenging for them because their members will be responding to calls for service at the venues as well as in the village.

This week, however, Wright said a half-hour extension is good middle ground.

"This proposal regarding the half hour extension was made in consultation with the RCMP, and we are fully prepared to work with council to provide a safe environment during the Games with the half hour closing," said Wright.

"We have no concerns with the decision that was made."

He said the extra 30 minutes should not cost the municipality any more money because of the way RCMP shifts are currently set up. An extra hour, however, would have cost Whistler a significant amount of extra money.

Currently, most bars, pubs and lounges close at 1 a.m. and nightclubs close at 2 a.m. Restaurants have closing hours between midnight and 2 a.m.

With the decision reached Tuesday, restaurants and bars can keep serving alcohol until 1:30 a.m. and nightclubs can until 2:30 a.m. during the Olympics. Establishments that already have hours of service beyond these times will be able to stick to those grandfathered shifts.

Councillor Chris Quinlan, who spoke passionately about the issue over the past month, said this is a solution that works for everybody.

"I don't really see it so much a compromise as being able to facilitate the needs of everybody that was involved," said Quinlan, who is also the president of the Restaurant Association of Whistler and owner of Quinny's Café.

"The important part for me as a councillor is we meet the guests' demands for service. That is where the decision had to come from, as a councillor, and I just took the experience that I have with restaurants and brought it to that decision."

Quinlan said this will be an opportunity for licensed establishments to show how they can handle extended liquor hours and avoid some of the issues that have plagued the village in the past, like noise and rowdy behaviour.

He hopes Whistler can look at continuing to relax their regulations in the future.

Joey Gibbons, owner of four Whistler bars including the Longhorn Saloon, also sees this as an opportunity.

"It is a step in the right direction," said Gibbons.

"This will give a chance in Whistler to test it out with the RCMP, businesses and the community, and see how it works for everybody. My hope is that we will see it works really well for everyone and this is something we can look to do permanently going forward."