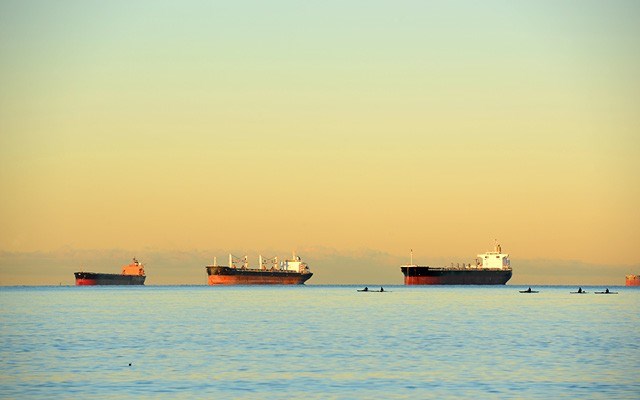 OPPOSING VIEWS Whistler council is looking to get more information before officially opposing the Kinder Morgan pipeline expansion, which would increase tanker traffic along the coast. <a href="http://www.shutterstock.com">www.shutterstock.com</a>

Whistler's council is hoping to get more information about the Kinder Morgan pipeline expansion project before it decides whether or not to officially declare opposition.

The thought was first raised by local resident Angela Mellor at the Dec. 6 council meeting.

"(An official declaration) would be joining the City of Vancouver, 21 municipalities across British Columbia and the Squamish and Tsleil-Waututh First Nations," Mellor said at the time.

"I feel that a declaration like this would be part of truth and reconciliation, and show solidarity with those First Nations groups and the City of Vancouver."

Included in the Jan. 10 council package was a draft motion from Mellor, which asked council to officially oppose the project.

The reasons stated include: Whistler's reliance on tourism and the natural beauty of the environment; increased tanker traffic on the coast and increased risk of oil spills; and the need to show solidarity with local First Nations (among other things).

Coun. Sue Maxwell made a motion to make the resolution.

"I really appreciated when the previous council made the motion on the Enbridge pipeline, especially coming from Kitimat and having grown up on that coast... and so for all of the same reasons that that motion made sense... I think (it) makes sense to pass this motion," Maxwell said, referring to the previous council's decision to oppose the Northern Gateway pipeline in 2012.

"Many of the considerations for the Enbridge motion were related to tourism and the damage that an oil spill would do for Whistler, and so I think it only makes sense for us to hold to the same principles for the Kinder Morgan one, which would greatly increase the number of tankers on the coast."

Making the motion would also show solidarity with neighbouring First Nations and nearby communities, Maxwell noted.

"I think if something similar were to be proposed for Whistler we would certainly want the support from other neighbouring communities as well, so let alone the environmental impacts and the greenhouse gas impacts of expansion of the tarsands that this pipeline allows, I think that this is an important motion."

Coun. Steve Anderson had a markedly different view of the matter.

"I understand the opposition towards this project, and it seems to be just about every project — be it a hydro dam or a timber extraction, there's people that want to shut down the Port of Vancouver — I hear voices of people that want to bring the Canadian economy to its knees," Anderson said.

"Don't call me one of them. I don't associate with that segment of society."

Coun. Andree Janyk said she understands the complexity of balancing economic interests with those of the environment, and was sympathetic to the decision Prime Minister Justin Trudeau had to make in approving the expansion.

"I personally am opposed to it because my research has shown that the amount of boat vessel traffic is going to increase quite dramatically, and our waterways are part of our landscape and it is what is attractive for people to come here," she said.

"So my heart wants to vote this way but I also would like us to receive a little bit more information."

Coun. John Grills supported Janyk's idea, while sharing some insights of his own.

"I always find it interesting speaking out against oil when we're a community that depends so greatly on people travelling from all over the world to get here. At the same time, a major oil spill off our coast would have a dramatic impact on our tourism business," he said.

"The other piece that I have a challenge with, with this whole pipeline business, is we continue to import oil on the East Coast, and now we want to export more of it off the West Coast. If we're ever asked to support the Energy East pipeline I would support that one, because it just makes sense to me to stop shipping oil around."

"But I would also support what Coun. Janyk suggested — if people are uncomfortable making the decision right now, then get some more knowledge on it."

The motion was subsequently tabled, with a view to getting more information before the proclamation is reconsidered.