Residents call on council members to ‘cut costs’ during heated meeting
Jul 24, 2009 8:47 AM By: Claire Piech 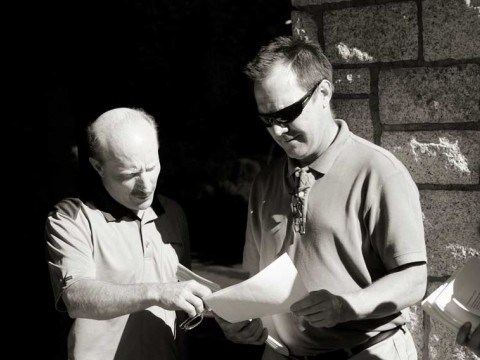 Tension was thick during the evening - at one point the fiery crowd yelled at Mayor Ken Melamed and Whistler's six councillors to "cut costs" in a loud chorus that broke out from all corners of the theatre.

Earlier, a mass argument erupted among the crowd with people shouting furiously across the room for several minutes.

The crowd was the largest turnout to a public council meeting in recent memory, a sign of the anger many residents harbour over the recently introduced fees in the underground parking lot at the Telus Conference Centre.

Throughout the sporadic outbursts, however, Whistler's elected officials remained poised. And the three-hour discussion closed calmly with all seven council members voting to temporarily suspend pay parking at the conference centre.

Council asked municipal staff to put together a "parking strategy" in consultation with the community to examine how the four main parking areas in Whistler Village - the day skier lots, the conference centre, MarketPlace, and Main Street - are interconnected.

They also stressed municipal hall's parking lot should become pay parking once fees are reintroduced at the conference centre.

"To make it clear, council will not reconsider pay parking at the conference centre until the receipt of a parking strategy from staff, which has been approved by council, and after consultation with the community," the mayor announced.

In a speech to the crowd, Melamed outlined that he still supports "user pay" parking, but he also said he understands council's desire to postpone pay parking at the conference centre.

"I generally support the direction council is going in this regard (of pay parking)," said Melamed. "To me, it is completely incongruous that of all the underground parking in Whistler, the municipality has the only one that up until now has been free."

In response to the crowd's earlier cries to "cut costs," Melamed also pointed out the municipality cut $390,000 from its budget this year, which he said, "is a fair chunk of change."

Over the past few months, hundreds of people have voted "yes" to free parking generally in Whistler Village on the website www.freeparking.com . Moreover, 2,500 people have joined the Facebook group "Petition for Free Whistler Parking" and about 2,000 people signed paper petitions circulating through the village.

By suspending pay parking at the conference centre, municipal staff estimate the municipality will lose "a few thousand dollars a week."

The other members around the council table also got a chance to state their position on pay parking on Tuesday.

While each speech differed in tone, most councillors said they support pay parking but a more comprehensive look at parking in Whistler needs to be undertaken. Many councillors also admitted mistakes were made over the past few months, especially with the municipality's lack of communication about bringing pay parking to the conference centre.

"The timing could not have been worse," said Councillor Ralph Forsyth about the conference centre's pay parking.

"The responsibility of that rests squarely on the shoulders of council because we did not ask those questions.... We knew when we made this decision, when we were going through the budget process, that this was going to be unpopular."

Added Councillor Grant Lamont: "I believe we can go back and revisit this and come up with a solution that is more palatable to people."

The meeting kicked off with two presentations on the merits of charging fees for people to park in the village.

Jim Watts, whose private company Whistler Parking Management manages the Marketplace parking lots, discussed how there is no such thing as free parking, only subsidized parking and user pay parking.

He said if the municipality prices its pay parking correctly, the lots should be about 85 per cent full. The municipality should also look at charging different rates for different lots around the village.

Lisa Landry, the municipality's general manager of economic viability, also rehashed the budget and looked at the financial benefit of pay parking in a presentation titled "The economic reality of pay parking."

Between the three day skier lots and the Telus Conference Centre, the municipality expects to receive about $2.8 million a year in pay parking revenue, she said. That is equivalent to the whole fire department or the whole RCMP budget.

She also said that without pay parking, Whistler's series of property tax increases, planned between now and 2011, would increase to double digits.

The rowdy crowd also got their turn at the podium on Tuesday.

Six community members formally stated arguments they have already told council in e-mails, letters, blogs and petitions. Many of the comments brought up issues with the 2009 budget and municipal staff wages.

"Has mayor and council considered a reduction in the number of managers needed to run Whistler?" asked business owner Nathan McLeod, who spearheaded the paper petitions.

To this, Melamed replied that when the 2009 budget process began in January, council looked at all the numbers, including staff wages, and for various reasons decided they were fair.

Brian Niska, owner of Whistler Flyfishing, also approached council with several questions. He asked if council would consider reducing the fees on Main Street since the parking spots do not appear to be used as much this year as last year.

He also asked council to be more honest about their decision.

"You should say, 'Hey, look, people are pissed at us. We haven't made the right moves here. We need to make some changes. And the main reason we didn't look at cutting costs with municipal jobs was the Freedom of Job action.'"

Council approved pay parking at the conference centre in April to help balance the municipal's finances and encourage people to use alternative transportation like bikes and buses. Originally, the pay parking included a two-hour limit. The limit was dropped last month, however, after municipal staff tuned into the numerous complains from residents.

Three of the five day-skier lots are also earmarked for pay parking after the summer of 2010 in a plan that has been on municipal books nearly 10 years. Lots 4 and 5, however, will remain free.

Following council's decision to suspend pay parking at the conference centre, almost everyone quietly left the theatre before the rest of the council meeting got underway.