Couple's sudden death has family turning to Whistler for help 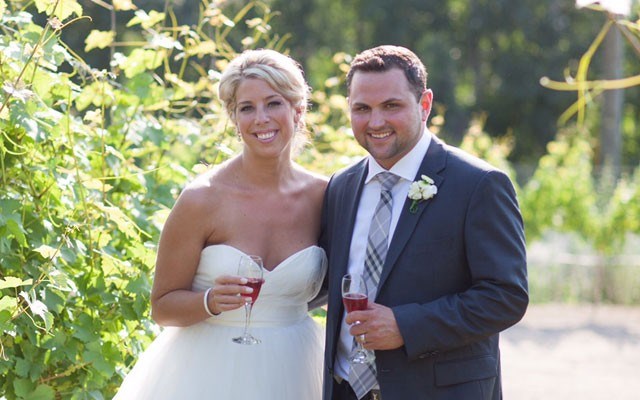 Remembered Fondly Hardy and Amelia Leighton on their wedding day in 2012. Photo submitted

By all accounts, Hardy and Amelia Leighton were the kind of warm, loving parents that were simply a joy to be around.

"They were the kind of people that everybody liked,' said Hardy's uncle, Jim Parsons.

The North Vancouver couple with deep ties to Whistler was found dead on July 20 after taking drugs contaminated with fentanyl, a powerful but deadly synthetic opiate.

In the wake of their untimely deaths, the families of Hardy, 31, and Amelia, 30, are looking to the resort community to help support the couple's two-year-old son, Magnus.

"Magnus has nothing, and as a family all we can do now is focus on him and try and make sure he's able to get what he needs in life," Parsons said.

A memorial fund has been set up in the couple's honour with the goal of raising $50,000 to ensure Magnus is well looked after in terms of his health, education and livelihood.

Born and raised in Whistler, Hardy was the prototypical mountain kid: an avid fisherman, hockey player and accomplished ski racer.

"He was very open. He would tell us things I would never tell my parents," remembered Hardy's father, Brian Leighton, who recently retired from his longtime position as safety manager for Whistler Blackcomb. "He really cared a lot about other people."

Amelia grew up in North Vancouver and met Hardy at a city gym she worked at. She was remembered fondly, like her husband, as a charming and inviting person with a big smile and even bigger heart.

"They were similar," Leighton said. "She had a big smile, very engaging. They were very open with their feelings for each other and for their friends and family, and, of course, their son."

Their sudden deaths were a stark reminder for Leighton of how short life can be. "I think they knew that we loved them and we certainly knew that they loved us. I'm not sure that's always the case with family and friends," he said. "You never know when this kind of thing might happen... so you need to let people know how you feel."

With new jobs and anticipitaing the move to their new home, the couple was "happier than I'd ever seen them," Parsons said.

But that joy turned to tragedy on July 18 when police said the couple died suddenly after ingesting drugs they suspect may have been laced with a deadly substance.

"It shows you the danger of the street drugs that are out there," said Leighton. "They didn't want to die, they had everything to live for."

The fund can be viewed at www.tinyurl.com/MagnusLeighton.

Fetanyl a growing concern in B.C.

The B.C. Coroners Service confirmed the substance used by the Leightons was fentanyl in a report on July 29. Toxicology testing confirmed that the pair had ingested toxic levels of fentanyl in combination with other drugs.

A string of recent overdoses across the Lower Mainland have been linked to the deadly synthetic opioid. Fentanyl use is a growing problem across B.C., often cut with other opioids like heroin and Oxycontin.

"People are generally not using this drug intentionally," said Dr. Mark Lysyshyn, medical health officer for the North Shore. "It's much more toxic than morphine or heroin, so even somebody who's used to taking opiate drugs may find they're not tolerant to fentanyl, so they overdose."

While drug users in Whistler tend to prefer so-called "party drugs" like cocaine and ecstasy, said RCMP Sgt. Pat Mulhall, Squamish experienced a fentanyl scare of its own last September after the overdose death of a 40-year-old man.

Lysyshyn noted that fentanyl was a contributing factor in five per cent of overdoses in B.C. as recently as two years ago, but now that number is up to about 25 per cent.

"That sort of increasing proportion is concerning," he added.

The symptoms of fentanyl use can come on quickly, depending on the dose, and are similar to that of other opiates, with users often becoming drowsy or even unconscious.

Lysyshyn advised the public to call 911 as soon as these symptoms are observed, and recommended drugs users sample their substances in small amounts to test their effects. He also warned against mixing opiates with alcohol