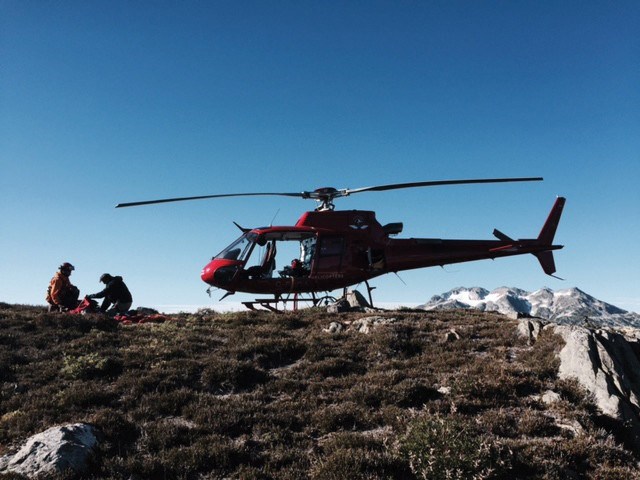 in years past, March has typically been a busy month for Whistler Search and Rescue (WSAR) crews, but with the COVID-19 crisis in full swing, the volunteer organization hasn't had a callout in nearly two months.

"We haven't had a call since March 3—and March is usually our crazy month," explained WSAR manager Brad Sills. "I think there are probably still incidents in the backcountry but nobody wants to be the poster child for going into the backcountry right now and getting hurt ... I suspect there are injuries going on that we would maybe normally get called to but people are just sucking it up."

Despite a dramatic increase in people recreating outdoors with stay-home measures in place, Sills believes the public's reluctance to put additional strain on the healthcare system during a pandemic is leading to less risk-taking in the backcountry. It has also reiterated the importance of self-rescue.

"You don't need us unless you're immobile," Sills said. "You're supposed to be responsible, prepared and be able to get out of there."

Last month, Sills publicly called on the province to consider closing the backcountry to recreation, as search-and-rescue volunteers don't have the same access to personal protective equipment as other first responders. He said the move "ignited a bit of a firestorm" in the community; however, Victoria ultimately did wind up closing all provincial parks a few weeks later to help prevent the further spread of the virus.

Even before the novel coronavirus hit locally, Sills said WSAR had been "offering more assistance to people to figure it out on their own and make their own way out [to safety]."

WSAR's annual Manager's Report, presented late last month, showed there were 88 requests for assistance for the year ending March 1, 2020, and, of those, 14 were resolved by promoting self-rescue. This included providing instructions to download GPS apps to subjects' phones, medical instruction regarding fatigue, muscle strain, dehydration, nausea and "simple, systematic assurance/comfort while subjects overcome challenges and find their way back to safety," the report said.

Fifty-five of the requests resulted in actual team mobilizations, down six per cent compared to the same period the year prior—although "the intensity of the responses remains high," the report went on.

"Basically, we've done a better job of weeding through the more routine calls," Sills noted of the trend.

In all, 33 calls required medical rescue, while 19 were considered search missions. Three incidents resulted in death.

The report also noted an increase in medical evacuations, which Sills said is the result of BC Ambulance's longstanding policy of deferring calls outside of its organized response area or beyond its training capabilities. "This is a practice [BC Ambulance] adopted about 12 years ago, and it continues, and it's a major reason why SAR teams are increasingly more busy," said Sills.

Last year, WSAR's summer callouts outpaced the winter for the first time, but in 2019-20, the numbers were closer to the historical trend, with 36 winter responses versus 19 in the summer.

The Spearhead Range was the busiest area in terms of SAR activity, at 10 responses, followed by Whistler's municipal area (eight), the Garibaldi Lake area (seven), Powder Mountain (six), and the backside of Whistler Mountain (six).

The responses involved 78 individuals in all, 54 of whom were male, and 24 female.

Local-area residents accounted for 10 responses, while residents from elsewhere in B.C. accounted for 14, and 33 from other Canadian addresses. Foreign nationals represented 21 of the 78 subjects involved, with Americans topping that list, at 19 subjects. The report stressed that subjects' origin data is anecdotal, and not confirmed.