COVID-19 will lead to restructuring of Whistler Transit schedule

Fall schedule could see ramped-up No. 10 route, along with reduced service into some neighbourhoods
Jul 11, 2020 8:00 AM By: Brandon Barrett 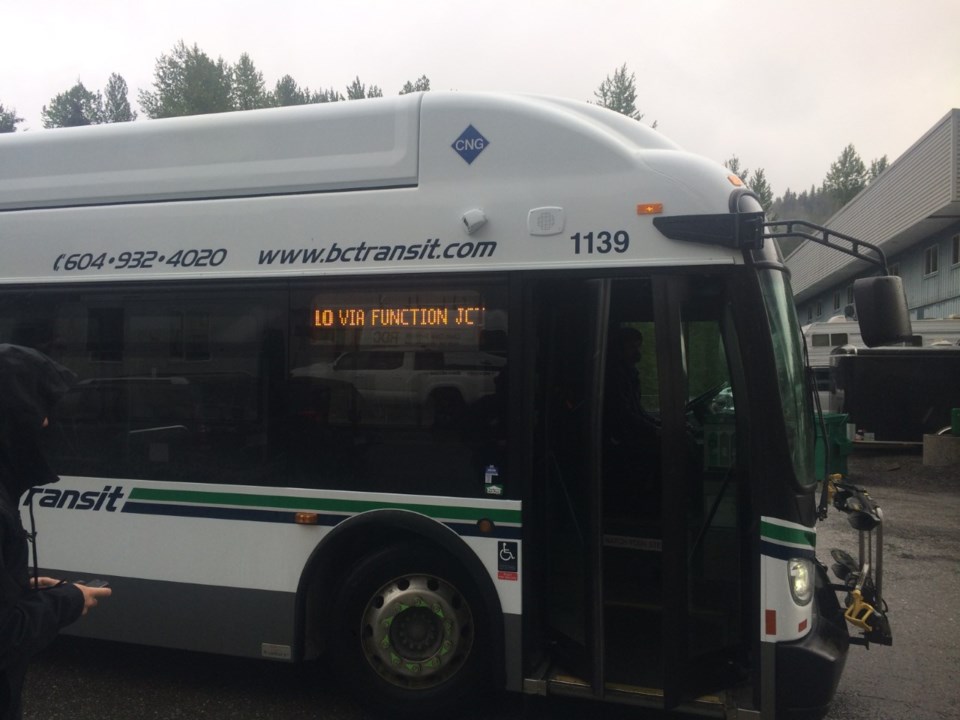 In light of COVID-19, BC Transit and the Resort Municipality of Whistler (RMOW) have accelerated the timeline for restructuring the fall transit schedule—and they are looking for the community’s input.

Presenting at the July 7 virtual meeting of council, RMOW transportation demand management coordinator Emma DalSanto explained that the two organizations, which share transit costs, are hoping to facilitate the ongoing return of riders to the system while contending with an estimated loss of $1 million in local revenue brought on by the pandemic.

“How do we get our community back on transit? What will make them feel comfortable? Our community was saying the top aspect was the No. 10 Valley Express,” explained DalSanto.

Introduced in the winter of 2018/19, the No. 10 is a commuter-oriented service running in morning and afternoon peak periods that primarily travels along Highway 99 and does not enter the village. The route appeals to riders who want to limit their time on the bus during the pandemic, DalSanto said.

“So we knew that people would want to interact with others for less time and the best way to do that on our service right now—you have to walk more but if you ride the No. 10, you can stay on the bus for less time.”

With that in mind, officials are looking to rejig the Spring-Summer-Fall base service, which, if approved, would begin in September, to reallocate service hours to the No. 10, while reducing mid-day service on the 20 and 30 routes from every 30 minutes to every hour. Routes 20X and 32 would be temporarily suspended until the early-winter schedule kicks in. The restructuring would mean both Spruce Grove and White Gold would lose direct transit service, but would still be accessible—albeit with more walking time tacked on—by the No. 10, which is proposed to run at 25- and 35-minute frequency, depending on the time of day, from 7 a.m. to 7 p.m. Alpine Meadows and Nordic Estates would also lose direct service between 10 a.m. and 2 p.m.

“I would like to thank Ms. DalSanto for all her work on this exciting project of bringing more 10s to the valley,” said Coun. Jen Ford.

“The 10 is a success. I love it, I ride it often and it’s a great addition to the valley.”

Following the presentation, Mayor Jack Crompton wondered if the revised No. 10 service could include stops in the village to allow for easier transfers to connecting routes.

“I would say alignment as the No. 10 goes through the village is something I’d like to see. I do understand your point about congestion through the village, and that makes some sense to me, but if we’re going to drive ridership, I think alignment of the 20 and the 30 with the No. 10 will really help deliver that,” he said, addressing DalSanto.

Unsurprisingly, ridership took a nosedive after Whistler Blackcomb announced its closure for the season on March 15—the biggest dropoff of any BC Transit community. The number of average daily rides fell from slightly more than 12,000 for the week of March 8, to roughly half that the following week, and plunging to less than 2,000 by the end of the month, a trend that continued through late May.

More recently, however, DalSanto was heartened to see ridership numbers steadily begin to climb as B.C. moved further into Phase 3 of its recovery plan.

BC Transit has launched a website and engagement process (engage.bctransit.com/whistler) with the RMOW to inform the community of the proposed schedule changes.

The Transit Management Advisory Committee will review the public feedback and decide either to proceed with the newly revised Spring-Summer-Fall schedule for Sept. 8, or to maintain the existing transit schedule until spring 2021, which would allow for a more traditional public engagement process.

Whatever is decided, officials will be working on a tight timeline.

“Normally to do a change of this scope would take months; even just the public engagement would take at least two months,” DalSanto relayed. “Here we are trying to do everything with implementation by September, so that is quite fast.”

Whistler Transit is a $13-million-a-year service, $7.014 million of which is the responsibility of the RMOW in 2020. Staff estimates the proposed schedule changes would result in a cost savings of $180,000, on top of another $550,000 in savings thanks to BC Transit foregoing monthly lease fees for local governments.