Only 13 per cent of voters cast ballots, picking former councillor over newcomer Balsamo-Lack
Nov 8, 2015 6:30 AM By: Brandon Barrett 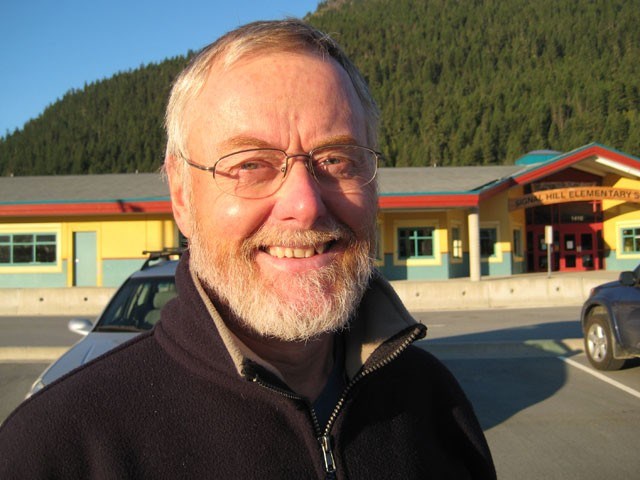 OUT OF RETIREMENT Ted Craddock will return to Pemberton's council after he won Saturday's by-election with 217 votes, beating out political newcomer Jasper Balsamo-Lack with 29 votes.

Ted Craddock will cut his political retirement short after being elected to Pemberton’s vacant council seat at the village’s by-election on Saturday, Nov. 7.

“I’m pleased the people of the community, friends and neighbours took the time and showed the interest to get out and vote and put the person in place they were supporting,” said Craddock when reached on Sunday.

After spending six years on Pemberton’s council, Craddock announced last fall that his days in municipal politics were over. But he said he was happy to cut his retirement short after Joanne Molinaro’s resignation this summer left a seat at the council table up for grabs.

Held just weeks after Canada went to the polls, voter turnout was an estimated 13 per cent on Saturday. Balsamo-Lack chalked the low turnout to voter fatigue following one of the longest federal election campaigns in Canadian history.

“It was a hard time to run. It was hard to know when to put the (campaign) signs out. I felt like the elections got blurred one into the other,” said Balsamo-Lack. “Either way, I’m not disappointed. I’m glad that somebody actually challenged Ted Craddock and he didn’t just get given the position.”

Craddock heads back to town hall with plenty on his to-do list. First up will be to get moving on a number of delayed residential development projects he believes will help ease Pemberton’s current housing shortage.

“There are some new projects we need to get going right away, whether it’s the modular home park to the small lots at Tiyata Village, to the Benchlands,” he said. “Right now there’s a crunch in Pemberton as far as housing availability for rental and we need to find a way to get (those projects) done.”

Like many communities around the world, Pemberton has wrestled with the proliferation of homesharing services like Airbnb and the impact they’re having on the affordable housing supply. It’s another issue Craddock plans to take on during his term.

“The Official Community Plan and our zoning bylaws are very adamant that (nightly rentals) are not allowed in residential areas and anybody that’s breaking the law, regardless of what the law is that the Village of Pemberton has on its books, those issues need to be addressed and I’m hoping I’ll be able to bring that forward,” he said.

Craddock will be officially declared as Pemberton’s newest councillor in a ceremony on Tuesday, Nov. 10 at 4 p.m.