Create an avalanche safety video, save a life 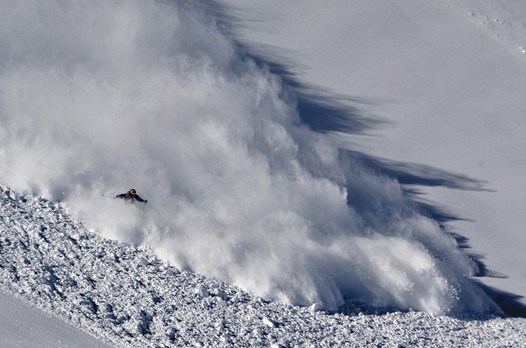 On average each year about 150 people are killed around the world in avalanches. This is according to information gathered by the 17 countries making up the International Commission for Alpine Rescue (ICAR). In Canada between 1998 and 2007 an average of 14 people died in Canada each year after being trapped in avalanches.

To help bring those numbers down the Canadian Avalanche Centre is teaming up with the American Institute for Avalanche Research and Education and six other organizations to sponsor a contest aimed at bringing more awareness to avalanche protection. The agencies have launched a program called Show Us How You Know the Snow.

Backcountry enthusiasts are being encouraged to create a four-minute video showing the proper preparation for riding beyond resort boundaries.

The contest starts March 1 and continues through the last three weeks of winter until March 21. The videos entered into the contest will be posted on Vimeo so anyone can check them out. The winning video will be determined by a combination of most views and the assessment of an expert panel.

Sherpas Cinema, the Whistler-based motion picture company, is in on the contest. Once a winning video is selected, the company will offer expert editing help to sharpen up the final version of the safety video.

The creator of the best video will also win a two-day trip for two at Monashee Powder Snowcats, two four-day gold passes to any resort in the United States and a Backcountry Access Float 22 airbag.

Full contest details are at KnowTheSnow.com. Check back with Pique for more details on this unique contest.