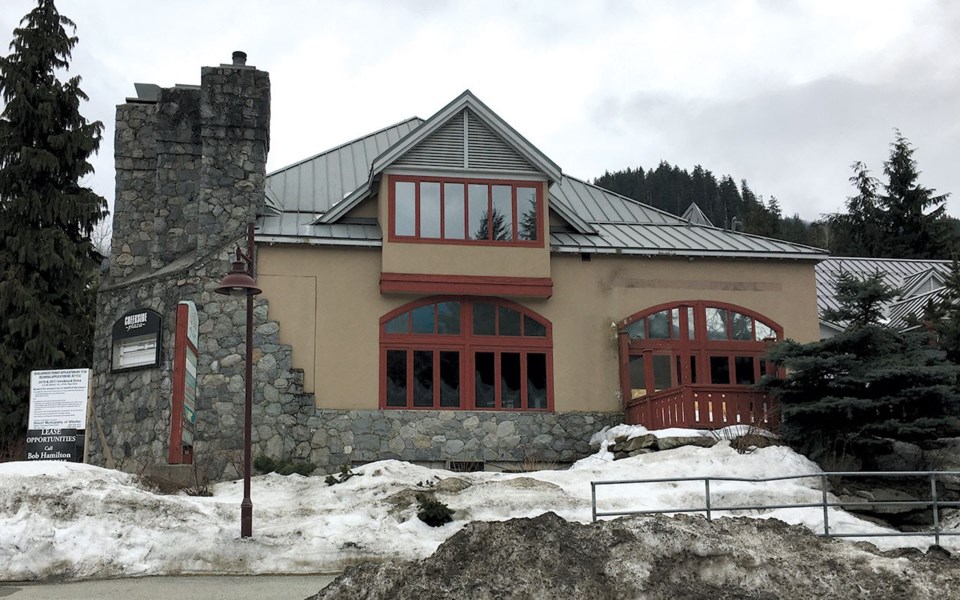 MOVING FORWARD Rejuvenation plans for Creekside Plaza are moving ahead despite council's decision to prohibit the relocation of a BC Liquor Store. Photo by Braden Dupuis

While they are "extremely disappointed" with council's decision to prohibit the relocation of a BC Liquor store to their property, proponents of a rejuvenation project at Creekside Plaza say they are still fully committed to making a significant investment on the property.

"We need to respect the process, so we just have to move on from that decision," said Dan Jekubik of Creekside Plaza Ltd., which owns the properties at 2010 and 2011 Innsbruck Drive in Creekside.

"We're willing to make a significant investment to our property to improve the gateway to Whistler. Unfortunately, it's not going to include the liquor store, but we feel that Whistler deserves an improved gateway and we're willing to do it."

While the proponents were hoping to have the BC Liquor store as an anchor tenant at their location, Jekubik said they have been fielding calls and have some quality tenants to pursue.

Ray and Kaori Zage, new owners of the Franz's Trail retail complex across the street, are pleased with council's decision to keep the liquor store where it is, and are hoping to engage in dialogue with the Liquor Distribution Branch (LDB) to help make their situation work.

"We've had many inquiries on the vacant units in Franz's Trail and our goal is to have them occupied in 2018. We are working through the best mix of tenants and want to create a vibrant community centre for Creekside."

Jekubik's original plan for Creekside Plaza sought to relocate the BC Liquor store from its spot on Franz's Trail to the existing building at 2011 Innsbruck, while demolishing the old Boston Pizza building at 2010 and constructing a new building—that would include four staff housing units—in its place.

But the bylaw presented for council's consideration listed 2010 Innsbruck as the address in question, meaning packaged liquor sales would have been added to the list of uses on the wrong address.

A public hearing on Feb. 6 saw several people speak in opposition of the liquor store moving, which sent staff back to the drawing board.

When a corrected bylaw was presented on March 6, council voted to prohibit the sale of packaged liquor on the property altogether.

A second public hearing for the project, with the correct address listed and the sale of packaged liquor excluded from the list of approved uses, was held on March 20.

The bylaw will come back to council for third reading at the April 10 meeting.