Langley facility has seen significant drop in international volunteers during pandemic
Jul 14, 2020 9:54 AM By: Brandon Barrett 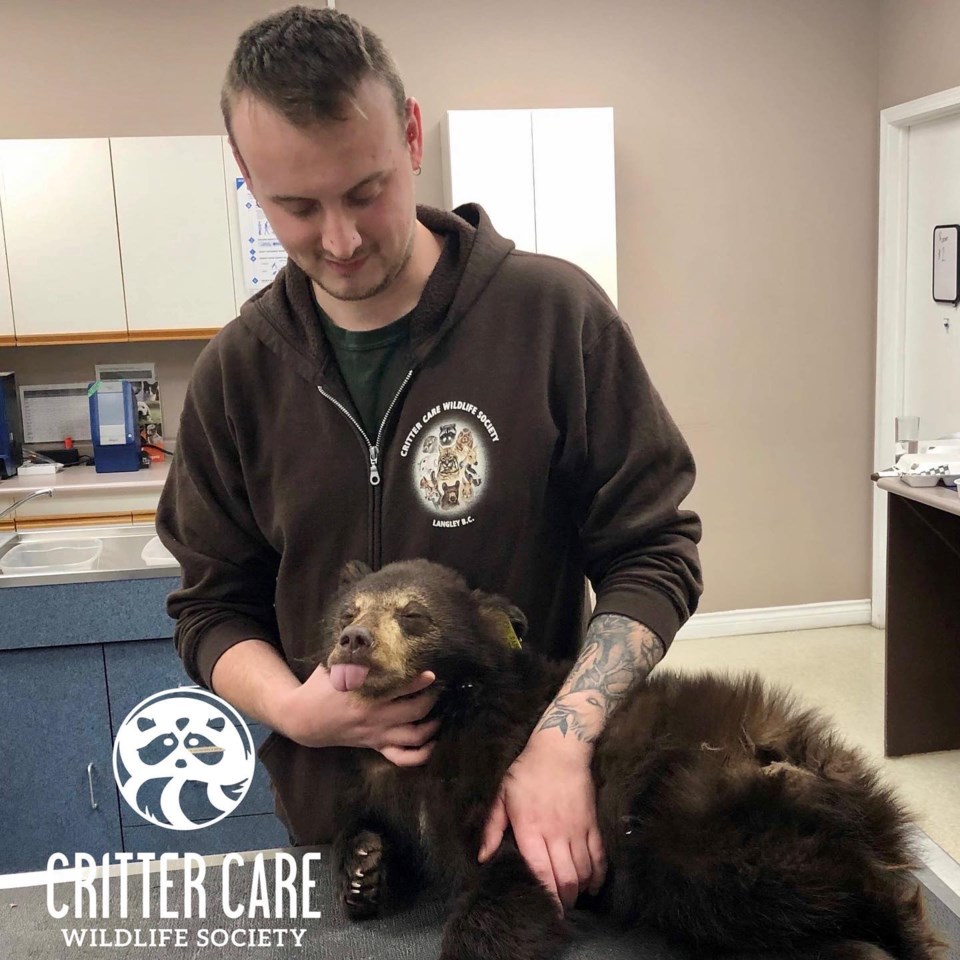 A staff member tends to a bear cub at the Critter Care Wildlife Society in Langley. INSTAGRAM / CRITTER CARE

The Critter Care Wildlife Society, the only wild mammal rehabilitation centre in southern B.C. and one that has been home to countless Whistler bear cubs over the years, is in dire need of interns and cash donations as the Langley facility deals with the effects of COVID-19.

With COVID-19 closing the Canadian border and limiting international travel, Critter Care has seen its number of interns—who assist in feeding, caring and cleaning for the hundreds of wildlife onsite—slow to a trickle. At one point during the pandemic, Dean said the non-profit was down to 10 interns, compared to the 25 usually needed to staff the facility.

Critter Care is also challenged by the nature of its work and facility, Dean said, as it is not possible for interns to physically distance.

“We’re not the type of facility where we can social-distance, so if people do the internship program, we still ask them to do the two-week isolation period regardless, and then come onsite,” he explained. “They live in cabins, dorm-like style, where it’s bunk beds. They all share one bathroom, they share one kitchen but we have to be very cautious. We set a lot of things in place to ensure everybody’s safety.”

“That was a very, very crazy year. This year does seem to be a bit slower,” noted senior wildlife technician Nathan Wagstaffe. “People seem to be listening to the education side [about] preventing conflicts with bears. We seem to be better already this year. We have five [cubs] currently and it seems to be that people are getting more aware of conflict with bears, not leaving trash out, and that’s also thanks to a lot of these bear societies, like the Whistler and North Shore bear societies.”

Critter Care seems to hold a special place for many Whistlerites, as evidenced by the rush of interns who made their way to the centre at the onset of the pandemic—although that trend has slowed down since then.

“Everyone was scrambling, they were out of a job, they were losing their houses, so we were full,” Dean said. “We had a whole bunch of Whistler people, but as soon as Whistler Mountain started back up and running, they all left early.”

While contending with staff shortages as well as the cancellation of its two biggest annual fundraisers, Critter Care has seen an influx of animals during the pandemic. Wagstaffe said there are currently around 1,400 wild mammals at the centre, roughly 500 more than the same period last year.

Critter Care has played a crucial role in the rehabilitation of Whistler bears, often giving them a second chance at life, said Ellie Lamb, the Whistler Get Bear Smart Society's appointee to the Whistler Bear Advisory Committee.

“If it wasn’t for having the rehab program available, these bear cubs most likely would not have made it, especially in Whistler where it’s quite cold,” she said. “That has been a huge impact on the individual lives of these animals.”

Volunteers’ primary responsibility is hand-feeding orphaned animals—which can range from skunks and racoons to fawns and river otters—so they can be released back into the wild. Other duties include food preparation, site maintenance and administering medication (under supervision). Previous experience with animals is welcome, but not required.

“All the staff members here have been interns before,” Wagstaffe said. “You get a sense of conservation and helping the environment and doing something that is greater than yourself to give back to the community. You also build friendships from around the world that last a lifetime, as well as the added bonus of actually learning and being able to transfer these skills.”

Interns typically live onsite for at least eight weeks, with food and accommodation provided, but the centre is now asking for a minimum stay of just four weeks.

Questions about the internship program can be emailed to crittercare4@shaw.ca. Donations can also be made at crittercarewildlife.org. Donations will be matched, up to $6,000, until July 15.