Walter Zebrowski Memorial Scholarship has been awarded to graduating WSS student since 1997
Nov 10, 2018 6:00 AM By: Brandon Barrett 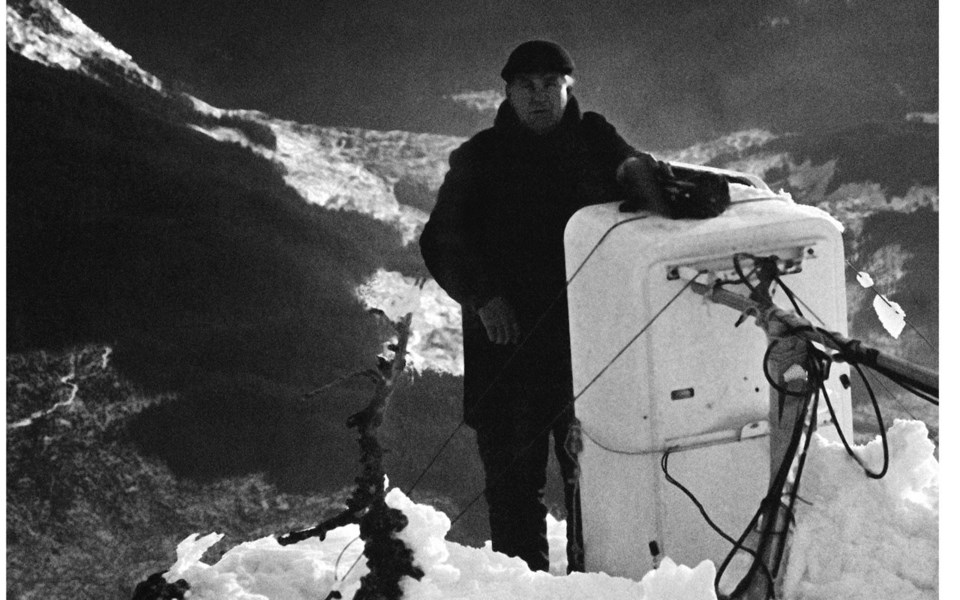 Visionary Walter Zebrowski in 1970 on the top of Sproatt Mountain with a makeshift TV receiver he built that helped bring television to the valley. PHOTO submitted

The daughter of one of Whistler's most recognizable historical figures is raising funds for the future of a scholarship created in his honour.

Named after one of Whistler's early visionaries, the Walter Zebrowski Memorial Scholarship has been awarded to a Whistler Secondary School (WSS) graduate every year since 1997. Now, daughter Ewa is hoping to raise $30,000 in capital funds to sustain the scholarship for years to come, and to expand it to include two annual recipients: a male and female student. To date, 22 students exemplifying "not just academic excellence but community involvement and leadership" have been awarded the $1,000 scholarship, Ewa said.

Walter was a Polish émigré and Second World War veteran who landed in Whistler in the early '60s, when the small town wasn't much more than a series of cabins at the end of a dirt road. But with the ski resort under development at that time, Walter was drawn to Whistler's potential, and he played a major role in developing the community into what it would become.

"Walter was one of those very early guys that did a lot for Whistler," noted Doug Forseth, a former Whistler Blackcomb executive who is helping with fundraising efforts. "I think it's important to remember where you were and how you got to where you are today. There's a few people who were really integral to Whistler. Myrtle Philip was obviously one of them, but Walter was certainly one of them as well."

Founder of the Garibaldi Whistler Development Company, the Whistler Water Works Company, and the Whistler Television Society, as well as a charter member of the Rotary Club of Whistler, Walter was a tireless advocate for the resort until his passing in 1996 at the age of 83.

Ewa said her father loved "the intergenerational" quality of Whistler, and thought nothing of taking kids from the neighbourhood to the man-made Eva Lake he built and stocked with trout to teach them how to fish.

She's hopeful the scholarship continues to connect Whistler's younger generation to its past. "Whistler is now a four-season resort; it's very fancy and upscale and people forget that at one point there was no Whistler," she said. "Having the scholarship named after my dad is a way of letting the youth know that there are roots that should be honoured, respected or even talked about, at least. Maybe it's an inspiration to them to know that someone arrived in a community that didn't exist and that everybody contributes to a community. It's important to know that even if you do something small, it can be something important."

So far, a third of the funds targeted have been raised. The Whistler Blackcomb Foundation, Blackcomb Helicopters, the Rotary Club of Whistler and the Community Foundation of Whistler, among others, have supported the scholarship. Contributions of any size are welcome. Those interested can contact Ewa at 514-271-3901 or Forseth at 604-905-8314 for more information.

The Zebrowski fund is just one of approximately 56 community scholarships available to WSS students annually.