The spring that thought it was winter and the summer we all thought might never be is here and Whistlerites are getting down and dirty, in the garden that is.
Jul 11, 2008 9:55 AM By: Kevin Damaskie 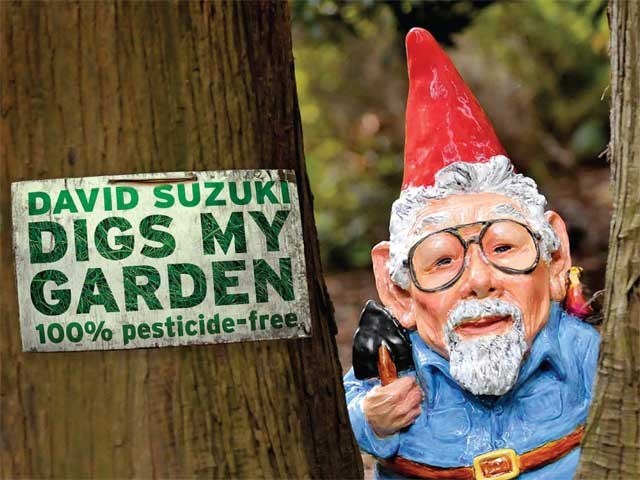 The spring that thought it was winter and the summer we all thought might never be is here and Whistlerites are getting down and dirty, in the garden that is.

With a comprehensive Pesticide Bylaw and a citizenry committed to clean and green gardening, Whistler’s gardens grow without the aid of performance enhancing drugs — pesticides and herbicides. In Whistler, we do not entertain a chemical romance with our property… we make love to our yards in a kinder, gentler manner.

According to an Ipsos-Reid survey conducted in February, Whistler residents have strong attitudes toward the use of pesticides in our community through using non-chemical methods in their yards and are very open to an all-out provincial ban on the sale of many cosmetic pesticides.

The study was conducted on behalf of the Canadian Cancer Society. In total, 3,200 telephone interviews were conducted with randomly selected adult (18 years or older) British Columbians. Province-wide, 85 per cent of those with a lawn or garden said they would be “very” or “somewhat” likely to try using alternative practices instead of chemicals or pesticides if provided with the right information. Compared to all other B.C. communities, Whistler residents are the most likely to try alternative practices if provided with the right information (89 per cent).

Protecting human and natural ecosystem health are the two main reasons Whistler Council adopted Bylaw 1822, 2007 in February. The bylaw, which prohibits the nonessential or cosmetic use of pesticides, took effect immediately for all RMOW property within Whistler's boundaries and on residential private lands as of December 31, 2008. Only those permitted pesticides listed within the provincial Integrated Pest Management Regulation will be exempted from this regulation and approved for ongoing use. Anyone who applies pesticides is potentially affected, including homeowners, renters, landscape professionals and yard care companies, and contravention could mean a $250 fine — not to mention the poisonous impact on the natural environment and human health.

Canadian research has shown consistent links between pesticide exposure and serious illnesses such as cancer, reproductive problems and neurological diseases, among others. Importantly, although the review found consistent evidence of the health risks to patients with exposure to pesticides, it specifically highlighted the fact that children are particularly vulnerable to pesticide exposure.

Whistler2020 community task forces, particularly Water, Natural Areas, Health & Social and Built Environment, have been creating actions designed to limit and eventually phase out chemical lawn and garden care in Whistler. This bylaw is a perfect example of how the community’s work to bring an issue forward through the task force process has resonated with RMOW staff, council and other community partners. Last year, the Whistler2020 Water Task Force recommended all Whistler golf courses complete the Audubon International Cooperative Sanctuary Program for Golf Courses. A major component of the certification deals with pesticides. The Chateau Whistler Course has the certification, while the Nicklaus North and Whistler courses are in the process of becoming certified.

Over 100 communities in Canada have enacted, or are in the process of developing similar pesticide regulations. In B.C., 12 other municipalities have similar pesticide regulation bylaws either fully adopted or in draft form, including Vancouver, the District of Maple Ridge, City of North Vancouver, West Vancouver, Port Moody, Comox and Gibsons. To showcase your chemical-free garden, go to Whistler2020.ca and click on the garden gnome that looks like David Suzuki to enter photos of your garden in the “David Suzuki Digs My Garden” contest. Some lucky entries may even end up with a Suzuki gnome dropping in.

To view the entire Pesticide bylaw, go to Whistler.ca/Residents/Health and Safety. To learn more about other actions that are moving our community toward Whistler2020 or to get involved, visit www.whistler2020.ca .