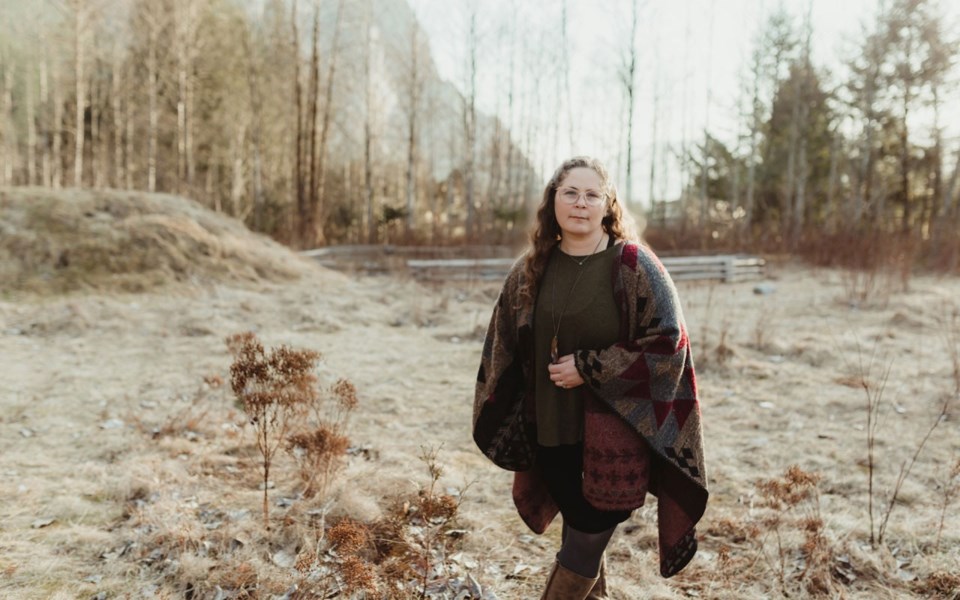 MAKE IT HAPPEN Ashley Oakes, executive director of the Howe Sound Women's Centre, says that official sexual-assault rates in Whistler are higher than the provincial average and that the lack of access to sexual assault forensic exams within the community represents a significant barrier to justice. Photo submitted

After years of advocacy, residents of Whistler and Pemberton may soon be able to get sexual assault forensic exams locally.

Tired of waiting for the region's health authority to fund the initiative, the Sea to Sky Regional Hospital District—a Squamish-Lillooet Regional District (SLRD) body that serves residents of Squamish, Pemberton, Whistler and Areas C and D—is considering funding nurse training so that victims of sexual assault can be examined.

"As much as it leaves a bad taste—that VCH is not willing to pay for this—we are willing to fund it through the Hospital District anyway," said Richman, during a May 29 regular VOP council meeting

Women's rights advocates say there is a major gap in the system when it comes to accessing the exam—which can be drawn on as crucial evidence in sexual-assault cases—in the Sea to Sky corridor.

Under current service levels, if you are sexually assaulted in Whistler or Pemberton and want to undertake an exam immediately, your options are to travel to Squamish—where it is offered between 9 a.m. and 3 p.m., Monday to Friday—or to Vancouver.

The exam is not offered in either Whistler or Pemberton.

The situation has long been decried by the Howe Sound Women's Centre, which maintains it presents a significant barrier to justice.

While VCH has said it believes service levels are adequate, Pique has learned that the regional health authority is currently in discussions with the Regional Hospital District to address this issue.

Under the potential agreement, the Hospital District would shoulder the costs to train four nurses to conduct the exam at a cost of about $3,000 each.

Paying for training would represent a change in the role of the Hospital District, which traditionally pays for capital projects and equipment.

Ashley Oakes, executive director of the Howe Sound Women's Centre, said she applauds the plan, adding that she believes sexual assaults are underprosecuted and underreported in Whistler and Pemberton because of lack of access to the exam.

The fact that women can only have access to an exam from 9 a.m. to 3 p.m. at the Squamish General Hospital is not good enough, said Oakes.

"Frankly, that's just not the most common time for a woman to be sexually assaulted."

While the exam can be undertaken within seven days of an assault, it is important for victims to be able to access to it within their communities, said Oakes, adding that organizing travel to and from Squamish or Vancouver is an added challenge for victims.

"The longer a woman waits, the less likely they would be willing to go get it done," she said.

Nationwide, sexual assault is already underreported and underprosecuted, said Oakes, pointing to the most recent Statistics Canada survey (2017), which states that around one in 20 sexual assaults were reported to police, and of those, about 14 per cent were determined to be "unfounded," meaning no charges were brought by police.

Oakes said that official sexual-assault rates in Whistler are higher than the provincial average and that she "often" hears of instances where sexual assaults go unreported in the community.

"We need to be able to support a victim immediately," said Oakes. "The ideal scenario is that that there would be 24-hour access to a sexual-assault examination by a nurse in (Pemberton, Whistler and Squamish.)"

Whistler Councillor Jen Ford, who chairs the Hospital District, said it is committed to improving access to the exam.

Whistler, she added, has a young, transient population, and many people "don't have support networks," she added.

"We want our community to be well supported," said Ford. "Whether they are here for a year or their whole life, we want people to feel that they have the medical support and the justice support that anyone should have."

The funding proposal is still in its "early days," added Ford. "I'm hoping we can find a way (to fund the training)."

This service gap is seen elsewhere in the province as well. "It is a provincial challenge, (and) a challenge for small, rural communities that we need addressed for the best outcomes for our communities," said Ford.

Local MLA Jordan Sturdy—who has long called for better access to the exams—believes the nurse training should be paid for by VCH, which operates with provincial funds.

"It's a bit of a slippery slope," said Sturdy, of the current Hospital District proposal. "If the Regional Hospital District is going to start paying for operational services, is this the beginning of a change in the responsibility for healthcare in the province of British Columbia?

"I can understand why there is an impatience around improvement of the service, but I am concerned that it is taking on a provincial responsibility."

Sturdy said that he has pressed the issue directly with VCH, as well as in the legislature, bringing it up as recently as May 28 with Health Minister Adrian Dix.

But so far, he said, he is disappointed with the lack of action on the file.

"Given our demographics in the corridor, I think more attention needs to be paid to this file," said Sturdy.

Reached for comment, Insp. Kara Triance, officer in charge of the Sea to Sky RCMP detachment, said she in favour of better access to the sexual assault forensic exams.

"Whistler RCMP strongly supports the initiative to obtain a Sexual Assault Nurse Examiner in Whistler, and believes it will be an asset to our community at large," she said in an email to Pique.

"The Sexual Assault Nurse Examiner program could be instrumental in furthering investigations and convictions of sexual offenders."

VCH did not respond to Pique's questions on the issue by deadline.