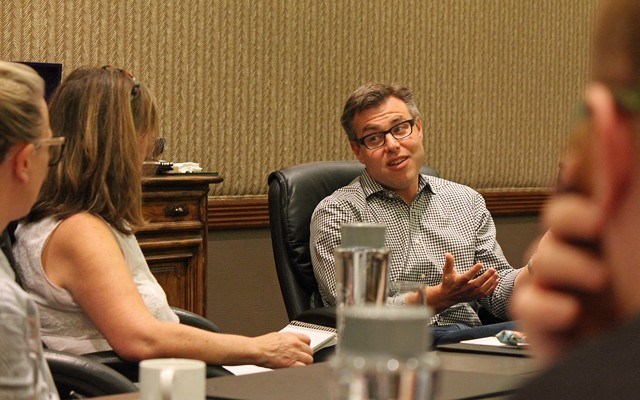 In a letter to its U.S. employees on Wednesday, April 1, Vail Resorts’ CEO laid out a dire picture for the company’s financial future, warning that it could “materially delay or cancel” its upcoming North American summer season.

“With the very real possibility that the global stay-at-home orders could be extended, and travel reduced regardless, our business in May through October is at risk,” Rob Katz wrote. “We will work hard to reopen as soon as practical, but much of this is now outside of our control.”

In a separate letter to Canadian employees, Katz said “there is undoubtedly serious risk to our North American summer operations,” adding that the company is “particularly concerned” with the impact COVID-19 could have on international visitation to Whistler Blackcomb (WB) this summer.

“The truth is, we just don’t know how long or how impactful this situation will be for our company,” he added.

On April 4, nearly all of the company’s year-round American hourly workers will be furloughed without pay for “at least the next one to two months,” but with full healthcare coverage still intact. Vail Resorts will also implement a six-month salary reduction of between five and 25 per cent for all U.S. salaried employees, depending on their position. Cash compensation to board members will be suspended and Katz said he would give up 100-per-cent of his salary as well during the next six months.

Layoffs and salary reductions aren’t planned for WB at this point, as the company awaits more details on government programs to support employers and their staff. Katz did note, however, that a labour cost-savings plan of some form is currently being considered.

In an April 1 update to investors, Katz said the company has heard from frustrated season pass holders about the early-season closures, and is “committed to identifying an approach for them that acknowledges this past season and retains their loyalty for the future.” Vail Resorts has deferred all auto-renew charges and will share more about details about its plans for season pass holders by the end of April.

The early closure of Vail Resorts’ North American operations will cost an estimated $US180 million to $200 million in loss profitability this quarter alone. As such, the company is reducing its capital plan for 2020 by approximately US$80 to $85 million, and will defer “all new chair lifts, terrain expansions and other mountain and base area improvements, while continuing with the vast majority of our maintenance capital spending,” according to the investors’ release.

It has also suspended quarterly cash dividends for the next two fiscal quarters, which the company said would preserve more than US$140 million of liquidity.

“I have made decisions over the last few weeks that I never could have anticipated in my nearly 30 years working in the ski business,” Katz concluded in his letter to U.S. employees, which was also shared with Canadian staff. “I am humbled and grateful for your passion and dedication to each other, our communities and our industry—it's what makes our sport and this Company so special.”