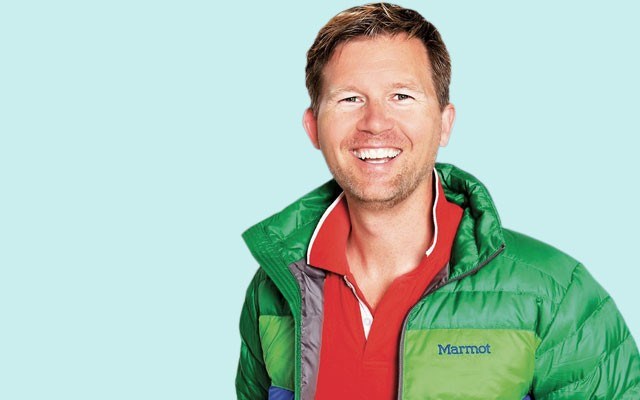 Whistler Pride CEO Dean Nelson has been recognized as the LGBT Tourism Leader of the Year at a ceremony in Toronto.

The award was presented by Travel Gay Canada on Thursday, June 15, as part of the fifth-annual LGBT Summit of the Americas, honouring a man who has spent years as a champion for LGBT rights and tourism.

"It's just a wonderful recognition from my peers and some of my mentors to acknowledge some of the work I've done over the last 10 years," Nelson said. "It's a pretty big moment for me."

Nelson was instrumental in establishing the Olympics' first-ever LGBTQ pavilion, Pride House, for the 2010 Winter Games in Whistler and Vancouver. That led to similar venues at the London 2012 Olympics, the 2015 Pan-Am Games in Toronto, and other international sporting events. Nelson was also a vocal presence ahead of the 2014 Olympics in Sochi, where attempts to establish a Pride House were struck down by Russian officials. However, thanks to lobbying from Nelson and other gay rights activists, sexual orientation was added to the Olympic Charter's anti-discrimination clause following the 2014 Games.

On Sunday, June 11, Nelson spoke about his evolution as an advocate over the past decade-plus.

"When I started the journey back in 2006 when we took over Whistler Pride, I didn't really know much about the gay community. I was hoping to get engaged and learned more about it," he recalled.

Nelson said it wasn't until he was invited to Montreal for the 2006 World Outgames, a sporting and cultural event hosted by the gay community that is open to all sexual orientations, that he embraced his role as a voice for the LGBT community.

"As I continued engaging different aspects of our community, it became more important for me to be that advocate and try and make a difference in our local community and on the world stage."

Nelson applauded the resort for embracing one of Whistler's longest-running events and moving the conversation forward locally.

"Whistler has come a long way and I'm very proud of our community for being able to take on some of my wild ideas and say, 'Let's go for it, let's be that leader, let's be that trailblazer and put ourselves out there,'" he said. "I appreciate that about our community and many of our hotel partners."

Since taking over the 2006 festival with just two weeks notice, Nelson has transformed Whistler Pride into one of North America's largest gay ski weeks. The municipality has been declaring Whistler Pride Week to coincide with the event since 2012, and in September, will unveil two rainbow-coloured Pride crosswalks on Main Street.

Nelson has also served as a director on several volunteer boards, such as Travel Gay Canada, the Vancouver Pride Society and the InterPride Vancouver 2010 Conference.