‘No longer enough young folks on the planet’ willing to come to Whistler and then hope to get housing
Nov 16, 2007 8:48 AM By: Claire Piech 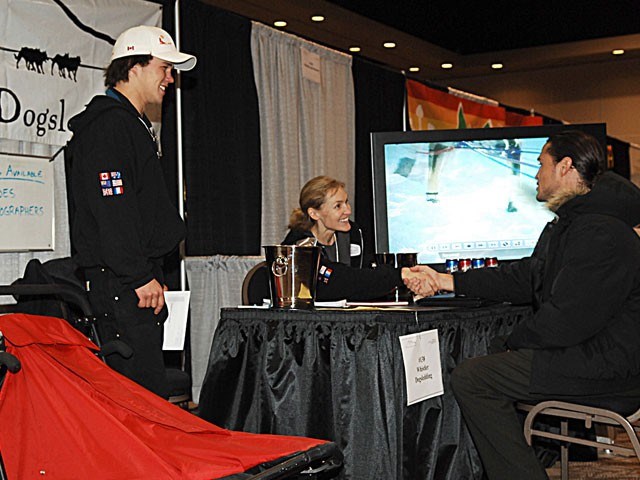 Employers at Whistler-Blackcomb were apprehensive last week when significantly fewer people showed up to their annual job fair than anticipated.

Only 1,200 people were present at the fair, which ran from Tuesday, Nov. 6 to Saturday, Nov. 10, according to director of human resources Kirby Brown.

That number is substantially less than the 1,700 people who came last year.

“It was a little bit nerve-wracking ’cause we had a very, very large number of no shows,” said Brown, referring to people who booked interviews and then did not attend.

“Anecdotally, my comment to the community would be this: that no longer are there enough young folks out there on the planet willing to take the risk to come to Whistler to find a job and then hope to get housing,” he said.

“In previous years, we had used a method that counted the number of people coming through the door but who may have been entering more than once for interviews,” she said.

Angela Obrien, recruiting at the fair for Sundial Boutique Hotel, said she was only able to fill a few of the positions she was advertising for.

“I heard last year there was a lineup out the building and it was really busy. But yesterday, in the morning it was good, and then after lunch it really fizzled out,” she said.

“The rumour out there is the housing as being a bit part of it. What I was surprised by was that there was a lot of Australians and New Zealanders. There didn’t seem to be as many Brits out there, and I was sort of hoping for a few French Canadians, to sort of mix my team; I hardly got any,” she said.

Brown said as a result of the low attendance this year, a “death toll” has been rung for the days of the big job recruiting fairs in Whistler.

“We knew that this demographic issue was going to hit us at some point, but that combined with the international notoriety of how challenging it is to find a place to stay when people are here has finally come home to roost,” he said.

Despite the lower than expected turnout, Whistler-Blackcomb filled almost all of the 900 job positions the company was hiring for.

Brown said the quality of the applicants was high and that Whistler-Blackcomb was able to offer staff housing to a large portion of those hired.

“When we realized that we weren’t getting the numbers that we anticipated, we were able to offer jobs more quickly, and we were able to check people right into housing,” he said.

He added that Whistler-Blackcomb is currently looking at different recruiting strategies for next year to overcome these hurdles.

“We’re not going to make people come here to get a job. We’ll always have a fall recruiting push… But we’re going to go out there and give people jobs before they come here so they don’t have to face the uncertainty,” he said.