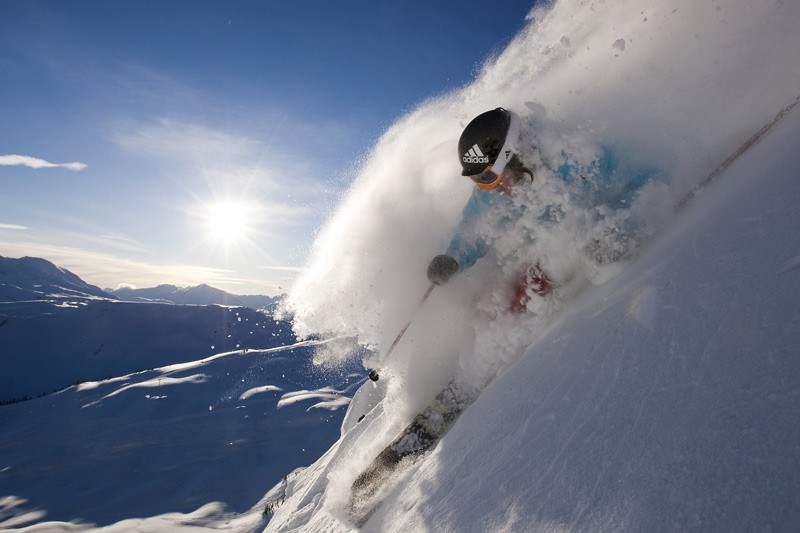 DEEP-CEMBER The December snow accumulation in Whistler has been greatest in the last ten years. Photo by Paul Morrison

The forecast through to Wednesday is calling for mainly sunshine – an ideal forecast for outdoor enthusiasts at the end of one of the snowiest Decembers on record.

While the conditions are fabulous for those using the lifts at Whistler Blackcomb the avalanche advisory for the Whistler area has indicated the risk of backcountry avalanches over the next few days is low.

According to Whistler Blackcomb, 560cm (18.4 feet) of snow has fallen this season and that amount of accumulation through November and December is above normal.

“That is the most snowfall we’ve had in the month of December in ten years,” said Rigos. “We started calling it Deepcember.”

He noted the biggest December snows on record fell in 1994 when 380cm (12.5 feet) fell in the 31-day period. Dating back to last weekend, the final snow-producing system of the month generated 38cm (15 inches).

The snow base measured at Pig Alley on Whistler Mountain is 198cm (6.5 feet).

“It has been really nice and cold so the snow is fabulous all the way down to the valley,” said Rigos. “We’ve got excellent coverage and the ski outs are looking great.”

The Monday forecast for the final day of the year is calling for sunshine and the first day of 2013 calls for continued sunny conditions.

While the short-term forecast looks good, the longer-term outlook suggests Thursday will bring a mix of cloud and by Friday clouds will dominate.

The WB avalanche advisory is suggesting the risk of avalanche at all elevations around Whistler is low through to the end of the day on Monday.