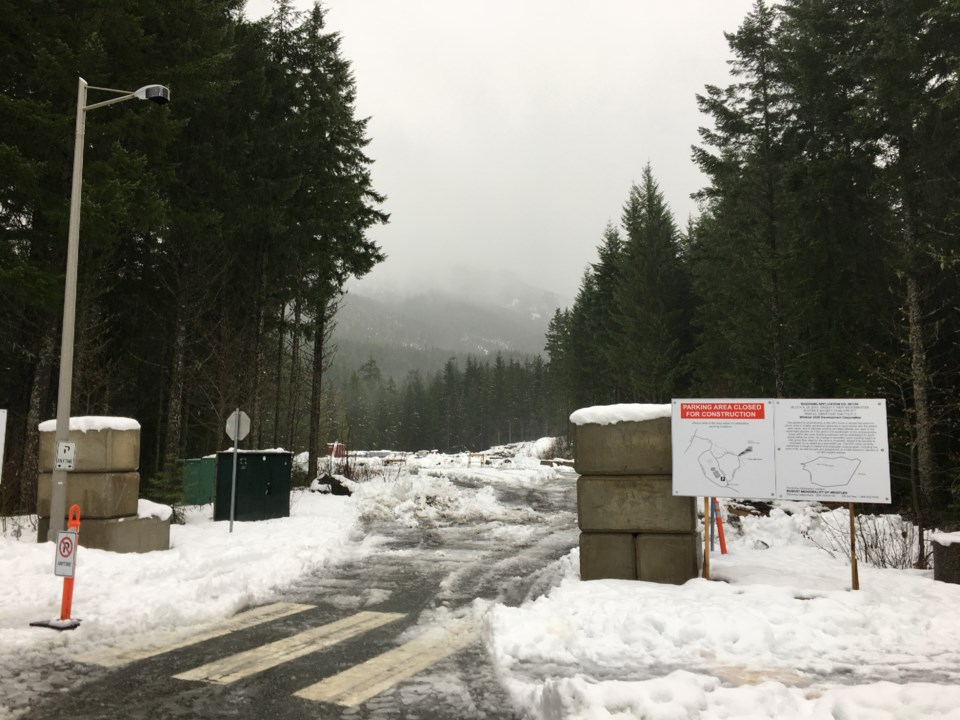 With a $10-million investment from the Resort Municipality of Whistler, the Whistler 2020 Development Corp. can move ahead with developing Parcel A in Cheakamus Crossing in 2021. Photo by Braden Dupuis

When the WHA posted a call for expressions of interest for its new building at 1330 Cloudburst in Cheakamus (occupancy expected this February), its inboxes were inundated.

“Just 72 hours after that, we’d already received 136 expressions of interest for the 45 new homes,” Zucht said.

“So they’re going to be hotly sought after.”

There hasn’t been much turnover in existing stock this year, either, Zucht noted.

On the rental side, 22 people have moved out, compared to 17 turnovers last year.

As far as the waitlists, Zucht noted that the WHA still has to do its annual confirmation process, which could remove about 15 per cent of names (on the rental side at least) who have moved on or found something different.

“Suffice to say there is still a strong demand, and a need for more employee housing,” Zucht said.

“The demand seems slightly lower this year, but as usual, higher than what’s available,” Biberdorf said. “The concerning thing I’m seeing is the increase in people who really need something as they can no longer travel. That kind of displacement is new and they will likely end up in a new community where they don’t know many people.”

While in most years, “there’s rarely anything left” after the Nov. 1 move-in date, Biberdorf said administrators of the group (34,000 members strong) refresh the threads regularly.

“It’s common for people to contact those searching directly,” she said. “Financially it’s tight for people, so this may mean more spare rooms rented out!”

While it won’t ease demand this season, a $10-million line item in the Resort Municipality of Whistler’s (RMOW) 2021 budget (unveiled publically on Nov. 16—see story on page 15) is aimed at easing the WHA waitlist congestion.

The money will be used to advance two new apartment buildings on Parcel A in Cheakamus Crossing (a total of 100 units, with occupancy targeted for 2022) and will be fully repaid in 12 to 24 months, according to Eric Martin, board member of the Whistler 2020 Development Corp. (WDC).

The WDC expects it can repay the debt—and some of the $9 million it still owes to the municipality post-Olympics—by selling off 18 market single-family and duplex lots, Martin said.

The lots are located south of Parcel A on Parcel D3.

After servicing costs are accounted for, the WDC is hoping to bring in “at least $15 to $17 million, net, in cash,” Martin said, adding that the WDC will pre-sell the lots to ensure significant deposits, “so before we spend the money on infrastructure we know we’ve got commitments.”

The WDC will advertise the lots this spring, Martin added.

“A couple of councillors have mentioned to us [the importance of] availability for locals first, and we’re definitely going to look at that,” he said.

For those hoping to buy a resident-restricted apartment through the WHA, it’s possible one of the two Parcel A buildings will be for-purchase—depending on how some grant funding applications shake out, Martin said.

Collectively, the WHA, RMOW and WDC have applied for three BC Housing grants worth $12.2 million—$10 million for construction and $2.2 million for infrastructure.

A decision on whether the buildings are for rental or purchase won’t be made until funding is announced—likely in the new year, Martin said.

If grant funding only comes through for one rental building, for example, “we would then do one as a rental, and then the other would be resident-restricted, for-sale product,” he said, noting the stagnant numbers on WHA’s waitlists.

“It’s very significant, and we haven’t serviced [the ownership] market at all in more than 10 years.”