WCSS’ Dickinson returns to old role (in a new world) 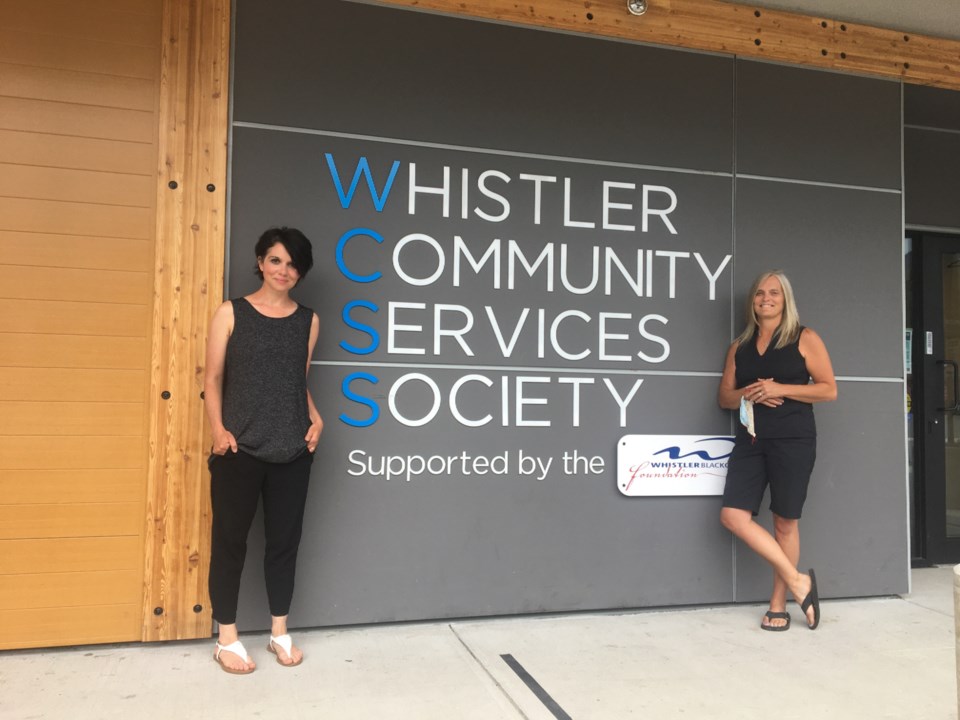 When Whistler Community Services Society (WCSS) executive director Jackie Dickinson went on maternity leave in early November 2019, she couldn’t have predicted a global pandemic would turn the world on its head and send hundreds of Whistlerites into crisis before she returned to work last month.

But it’s fair to say she was confident in the leadership of interim executive director Lori Pyne in her absence, no matter what storms rolled in.

“Lori is one of the most passionate people I’ve ever met. You can tell as soon as you meet her she has this energy that’s contagious, and so I know that that energy was essential in leading people through this,” Dickinson said, in her first interview with Pique since returning to WCSS on June 29.

“She’s definitely had a lot of gas in her tank for sure, and so I appreciated the hard work.”

Pyne and the rest of the WCSS team have had their hands full in Dickinson’s absence, to say the least.

The number of Whistlerites accessing WCSS services who were in crisis jumped to 57 per cent in April as a result of the pandemic (from just 15 per cent in February), while food bank usage skyrocketed as well (see Pique, July 2, “More and more Whistlerites finding themselves in crisis.”)

It wasn’t just Pyne, though; Dickinson lauded WCSS’ board of directors, community partners like the Resort Municipality of Whistler (RMOW), Tourism Whistler and more.

“We’ve had volunteers from the food bank for over 20 years, and I thought, ‘I wonder if this is the type of climate that might now encourage them to not continue to volunteer for us?’” Dickinson said of longtime food bank volunteers Gail Fasken and Elly Johnston.

“A pandemic was not going to stop these amazing women … They came back out, masks on, totally different, new location, and a willingness to respond.”

From her role as an outside observer, it was seeing the vast interconnectedness of Whistler’s social fabric that most inspired Dickinson.

“Whistler Cooks helped us in terms of ordering food, and packaging food, and volunteered and paid for their staff to assist us; Whistler Connection assisted with some driving and movement and transfer of items for us, and then we had RMOW employees dispatched to work at the food bank,” Dickinson said, noting that countless people made personal donations as well.

“It was a complete community effort. So to me, being on the outside of it, that was the part that I was so inspired by, was just this collective group of people coming together.”

With her return to work (which she attributes in part to her husband, who is sharing parental leave with her), Dickinson knows she is coming into what is essentially a brand new organization.

Getting up to speed has involved a lot of listening and learning, she said.

“I heard that the people who work for us are incredibly resilient, incredibly adaptable—that they love and care for the organizations they work for, and they really believe in this community,” Dickinson said.

“And then the other thing I took away is that we live in one of the best places in the entire world, and that this community rallied together to support the work that we do at WCSS, and really were our greatest champions.”

While monetary donations are always appreciated, WCSS is also actively recruiting volunteers for both the Re-Use-It Centre and the food bank. Donate or apply at mywcss.org.