Boycott of opening ceremonies for Beijing Olympics would send a global message, says councillor
May 2, 2008 2:57 AM By: Claire Piech 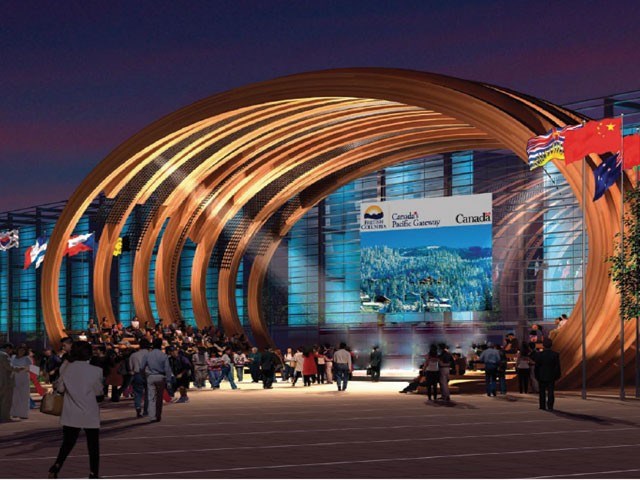 House of (Business) Cards Whistler will have a presence at the B.C.-Canada Pavilion in Beijing this summer, if not at the opening ceremonies.

Less than 100 days until the start of the 2008 Olympic Games in Beijing, a Whistler councillor has called for public discussion on China’s human rights record, particularly its policy on Tibet.

“I personally support what is going on with the European Union and other places where they are advocating a boycott of the opening ceremonies,” said Councillor Eckhard Zeidler.

“As far as boycotting the Games, on behalf of the athletes, I do not support that at all, but I fully support a boycott of the opening ceremonies to send a global message.”

Zeidler appeared at the April 7 and 21 council meetings with a “Free Tibet” poster on the back of his laptop, which was clearly visible to everyone at the meeting.

At the April 7 meeting, Zeidler pointed to the poster and said he thought, “it was a conversation we should be having in this community, perhaps around this table. I think it is a conversation worth having.”

The poster raised the ire of Peter Alder during the April 21 public hearing on the Riverside Campground rezoning. Alder said he thought Whistler council meetings were not a place for political statements such as Zeidler’s Tibet poster.

“I despise this,” said Alder.

Concerns about China’s human rights record drew severe criticism from protesters across the world this past month, highlighted by problems with the torch relay in several cities. As well, several European politicians stated they will not attend the opening ceremonies.

“When the IOC (International Olympic Committee) awarded Beijing the Games, they did so over a lot of noise that you can’t give China the Games because of their human rights record,” said Zeidler.

“The IOC stated very clearly that awarding them (China) the Olympic Games would be the very best thing that could be done to help them improve their human rights, and clearly it is not turning out that way.”

No representatives from the Resort Municipality of Whistler, including staff, council and the mayor, plan to attend the opening ceremonies at the 2008 Games. However, the reasons for this are not political.

“Council made a decision not to send any delegation to the Beijing Games (opening ceremonies), so at this point in time, no one in Whistler is attending,” said Mayor Ken Melamed. “That decision was made prior to any concerns about what is going on currently.”

But even without representatives at the opening ceremonies, Whistler will have a visible presence during the Beijing Games, especially in the B.C.- Canada Pavilion. Representatives from Tourism Whistler will be at the pavilion throughout the Games, and a 2010 Winter Games mayors’ reception will also be held in the pavilion on Aug. 23, with the mayors from Whistler, Vancouver and Richmond attending.

Vancouver Mayor Sam Sullivan will also not be watching the opening ceremonies in Beijing, but his absence is not a political statement.

“From our experience, what we have learned, as the Games near end, more attention starts to get focused on the next venue,” said Sullivan spokesperson David Hurford.

“We thought from a strategic perspective, we couldn’t be there for the whole thing, but we thought we should definitely be there as the Games wind down and the international media’s interest starts to get more interested in what is next.”

Staff from Richmond city hall were not able to confirm mayor Malcolm Brodie’s plans for the Games.