Do you know how Garibaldi Lake was formed?

Full house for lecture exploring how volcanoes and glaciers shaped Sea to Sky
Nov 17, 2018 7:00 AM By: Megan Lalonde 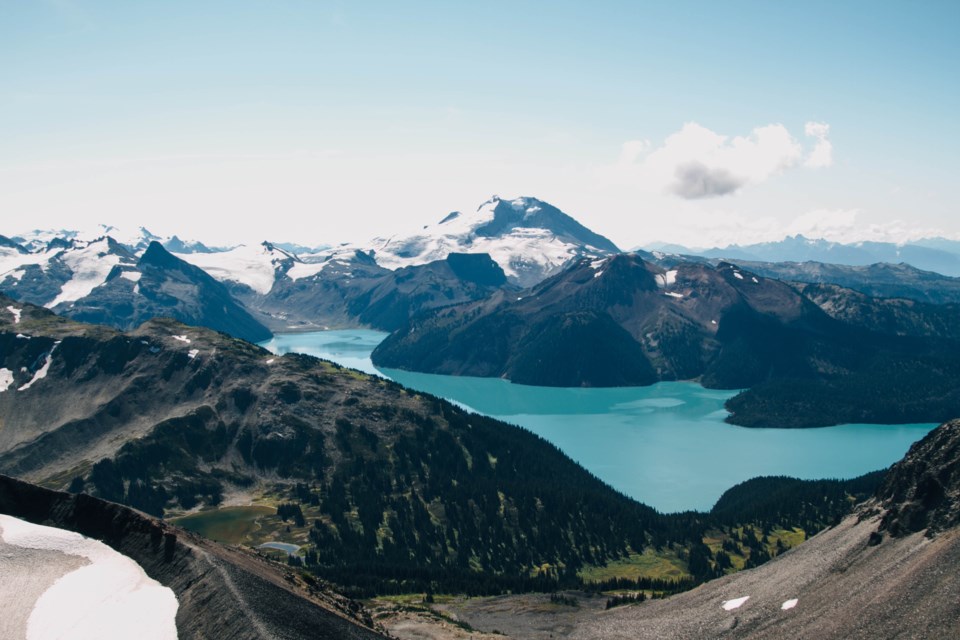 Looking out to Black Tusk while cruising down Whistler Blackcomb’s slopes, it’s difficult to imagine the Sea to Sky’s colossal peaks and valleys looking any different than they do today.

But between 10,000 and two million years ago, the Sea to Sky would have been unrecognizable. At points throughout that period, the valley floor was covered by nearly two kilometres of glacial ice, while several of those peaks belonged to active volcanoes, regularly erupting with steady streams of lava.

As Dr. Steven Quane, a professor of physical sciences at Squamish’s Quest University explained during a free lecture held at the Maury Young Arts Centre last Wednesday, Nov. 14, that unique combination of geologic events is responsible for creating many of the similarly unique natural features found throughout the Sea to Sky.

The free talk, "Spires, Columns, Tables and Lakes: How volcanoes and glaciers shaped our land," was part of the Whistler Public Library and Quest University’s monthly lecture series, presented in partnership with the Resort Municipality of Whistler.

The topic was clearly one the community wanted to learn more about: less than 10 minutes after the doors opened for the lecture, every seat in the Maury Young Arts Centre was filled, with a sizable crowd left trickling into overflow seating in the lobby.

Attendees spanned across all demographics, with everyone eager to learn about how some of the Sea to Sky’s more beloved geographical features were formed in the first place.

One of those features was Garibaldi Lake, a glacier-fed body of water just south of Whistler “that shouldn’t really be there,” according to Quane. The lake, “formed through a conspiracy of geologic events, I like to think,” he added.

The crowd remained tuned in as Quane explained how examining the texture of lava flows—like one that trickled down from Mount Price and Clinker Peak in Garibaldi Provincial Park around 11,000 years ago—can give researchers the power to determine whether those lava flows were interacting with ice when they formed the land masses we see today. For example, that specific volcanic flow left behind pressure ridges that show the lava was moving towards the Cheakamus Valley, which, at the time, was still buried underneath ice.

The Barrier is a 250-metre thick mass of unstable igneous rock that extends approximately one kilometre back, to the shore of Garibaldi Lake. That buildup of lava created a natural dam, which led to the formation of Garibaldi Lake, as well as Lesser Garibaldi Lake and Barrier Lake.

But Quane and his fellow researchers wanted to learn more, and decided to spend the summer mapping the floor of Garibaldi Lake. They discovered the lake reaches a maximum depth of 265 metres, with a “very flat bottom” in the middle.

While one end of the lake shows a normal, gradual slope from the shore to the deepest part of the lake, the opposite shore—closest to the campsites and the Barrier—displays “an undulating plateau” that “looks an awful lot to me like a lava flow,” Quane explained, referencing a 3D onscreen model showcasing the lake’s shape and varying depths.

Quane’s lecture also touched on other local features like Black Tusk, the Table and Rubble Creek, his team’s latest research, and the much-publicized increase in fumarolic activity at Mount Meager in Pemberton (for more information, check out the in-depth feature investigating the risks associated with Mount Meager published by Pique earlier this fall.)

For those who weren’t able to attend but want to learn more, the one-and-a-half-hour lecture is available to watch in full on the Whistler Public Library’s Facebook page.