Dog poop to be part of composter topsoil mix 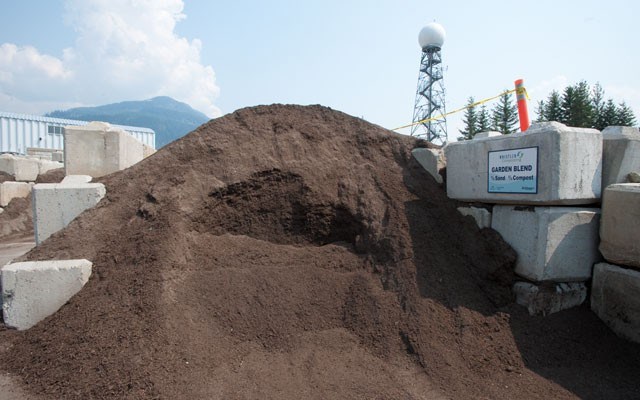 There's even more reason to pick up after your pooch, aside from basic civic duty.

The municipality is launching a new program in August called PUP — Pick Up Protocol.

It means that some of Whistler's dog waste, which typically travels hundreds of kilometres to a landfill in Washington State, will now be trucked down to the Callaghan Valley to the local compost facility where it will be transformed into topsoil.

"It was a staff initiative," said Mayor Nancy Wilhelm-Morden, of the new program designed to keep the dog waste out of the landfill.

Special vegetable-based compostable bags will be available at two Whistler parks, along with special red bins.

The mayor said the current dog waste program has never been a "terribly satisfactory program" because the plastic bags would go straight into the landfill.

"But with the new PUP program and the bags actually being compostable, it's terrific," she said.

In the pilot project phase, the bags will be available at Bayly Park in Cheakamus Crossing and Alpha Lake Park in Creekside. Both parks have off-leash areas.

Depending on its success, the municipality will consider rolling out PUP on a longer-term basis to more areas in Whistler.

Critical to its success is keeping the PUP waste stream clean; the traditional plastic dog waste bags will contaminate the compost stream.

The compost facility mixes biosolids from the wastewater treatment plant with residential and commercial food waste as well as wood waste.

The PUP program, along with the recent expansion of Alpha Lake Dog Park, is part of a larger municipal strategy to reduce human and dog conflicts in Whistler parks.

Meanwhile, as the compost facility readies for dog waste, infrastructure upgrades are in the works to keep the operations running as smoothly as possible.

The municipality is looking at options to cover its wood chip waste, one of the key ingredients at the multi-million-dollar composter.

The wood chips are currently stored in an unsheltered area is collected moisture.

"That's always been a challenge with the effective and efficient use of the composter," said the mayor.

Two concepts are on the drawing board — a fabric building storage shelter and a metal building extension.

The municipality will choose one option.

The Request For Proposals were posted on the municipal website this week.

Construction is due to start Aug. 26.

Of more than 600 conservation and sustainability initiatives up for consideration, the Whistler composter was one of 50 to make the award list from the annual SHIFT Summit, which showcases leading sustainability and conservation initiatives from communities whose economic and cultural vitality relies on the health of their environment.

The SHIFT festival is held in Jackson Hole, Wyoming and is set for Oct. 8 to 12. this year.

Other local award winners were:

• the new BC Passive House manufacturing plant in Pemberton;

• Whistler Blackcomb for its focus on working toward achieving a zero operating footprint.

"Congratulations to all local companies and organizations who have been recognized with the SHIFT Award," said the mayor in a press release. "Your excellence and dedication in showcasing leading sustainability and conservation initiatives contribute to our shared success as a resort community."