BERKELEY, Calif.—Delegates from the seven Colorado River states were at Caesars Palace in Las Vegas several weeks ago along with delegates from Native American tribes to try to put together the final details of how to use less water.
Dec 26, 2018 5:00 PM By: Allen Best 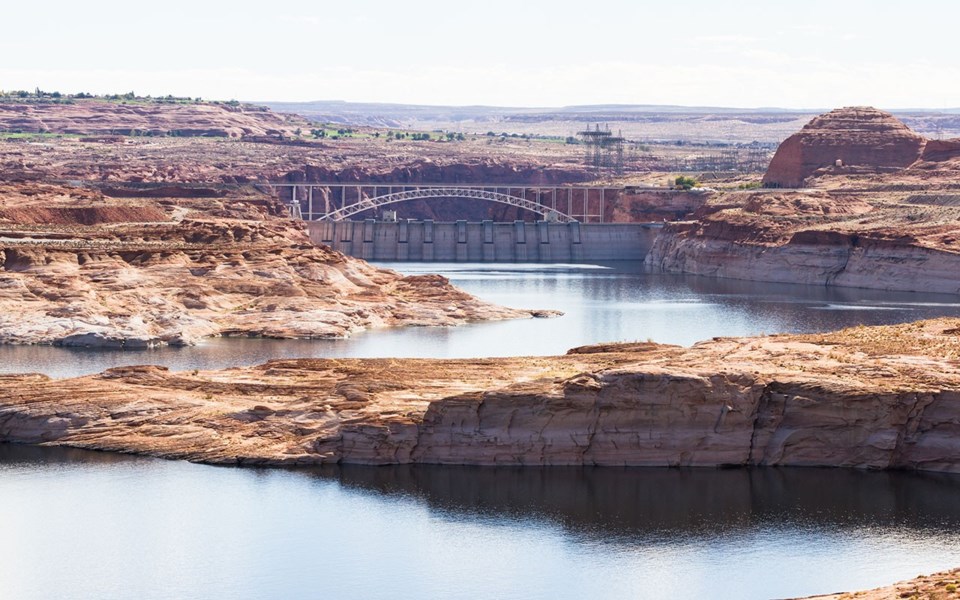 BERKELEY, Calif.—Delegates from the seven Colorado River states were at Caesars Palace in Las Vegas several weeks ago along with delegates from Native American tribes to try to put together the final details of how to use less water.

They haven't quite figured out the plan. The U.S. Department of Interior, as the arbiter of water allocations and use in the basin, has given the states until late January to get their plan figured out. If they don't, the Interior Department will do it for them.

Levels in the river's two big reservoirs, Lake Powell and Lake Mead, have collectively been declining during the 21st century. There's a chance, if still small, that levels in Lake Mead could decline so much that electrical production would be impossible. That electricity benefits many of the ski towns of Colorado and other states.

Drought has been part of the problem. Just 10 per cent of the landmass in the river's basin, mostly in an elevation band of 2,740 to 3,350 metres in the Rocky Mountains, produces 90 per cent of the water in the system. Snowfall in the 21st century has trended downward overall.

Rising temperatures have also caused river flows to decline. Several studies have now concluded that increased evaporation and transpiration has caused more water to rise into the atmosphere instead of flowing down the rivers.

The great majority of water gets used in the lower-basin states, mostly for agriculture, but consumption has not been curtailed to reflect the reduced flows. That is what the negotiations among the seven basin states have all been about. The agreements brokered a century ago assumed more water than the river yielded even during the 20th century. Now, in the 21st century, there's less water yet, with even more substantial reductions predicted.

California has much the same problem. A new report by the Lawrence Berkeley National Laboratory projects a dramatic decline in runoff from the Sierra Nevada. The study warns that water flows may drop 54 per cent in the next 20 to 40 years. By the end of the century, if not before, flows could decline 70 per cent.

For several decades, climate scientists have been warning that the hydraulic infrastructure built during the 20th century will be inadequate as winters turn warmer and weather turns more extreme. They have warned of longer, deeper droughts but also greater deluges.

A glimpse of what that future might look like came two years ago as California emerged from its worst drought to encounter its wettest winter ever. Some of that winter precipitation came as rain in February, which threatened to wipe out the tallest dam in the United States, Oroville. Repairs to the dam cost US$1 billion. This is about 16 kilometres south of Paradise and the Camp Fire conflagration that killed 85 people in November.

JACKSON, Wyo.—Elk-hunting season in Grand Teton National Park ended on Dec. 9, and soon after, park rangers saw what they believe will be probably the last grizzly bears out and about for several months.

Among those bears was Grizzly 399, followed by two cubs, who made their way to a den in the park's northern region. The 22-year-old sow has a habit of spending the closing days of fall in the park's southern reaches, where gut piles and gunshot-and-lost-animals from the annual elk reduction hunt provide an easy source of food.

"Watching her head north and east to the den, it's seriously heartwarming," wildlife photographer Thomas Mangelsen told the Jackson Hole News&Guide. "They're so damn smart, and the cubs learn everything that she knows. It's really magical that she's still surviving."

How the French could have done the carbon tax better

TRUCKEE, Calif.—In France, the government faced severe backlash to its increase on prices of diesel fuel on people in rural areas. Where the French government got the carbon tax wrong, wrote Diana Hitchen in the Sierra Sun, is that it should have diverted revenues to create rebates.

That's exactly what a proposed law recently introduced in Congress would do. The bill, proposed by both Republicans and Democrats, would allocate revenues in the form of monthly dividends to households, particularly those of low and middle incomes.

The legislation parallels the advocacy of Citizens Climate Lobby, of which Hitchen is a member in the Lake Tahoe area.