Biking icon Paul Howard tells how he tamed mountain biking and turned it into a sport for everyone
Sep 5, 2012 9:00 PM By: Penelope Buswell 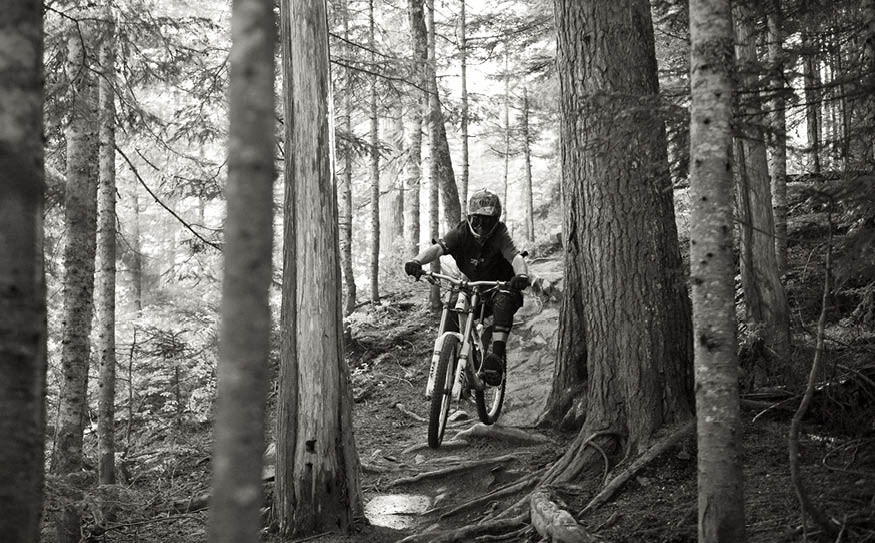 Get a bicycle," wrote Mark Twain in an essay on his new passion, then conceded "you will not regret it, if you live." Sadly Paul Howard, biking guru and teacher of mountain bike teachers, came more than 100 years too late for Twain. But for current downhill and cross country riders, Howard and his technique are right on time.

Owner and director of ZEP Techniques, based in Whistler, Howard has developed an internationally recognized and utilized training system for mountain bike coaches.

Over the past seven years he's trained more than 600 mountain bike instructors through his courses taught under the title Professional Mountain Bike Instructors (PMBI), program, making it the field's leading qualification in North America.

But achieving this success has been a long process. Howard originally became interested in instructor training while helping to run a mountain bike school in North Carolina. He took two instructor qualifications: one in his home country the U.K. and another in Canada.

"Needless to say the courses were underwhelming," he said. "I'd already developed a lot of ideas myself and I had expectations of what an instructor training course should be like. But you can either whinge about it, or you can do something."

For him, biking technique divided neatly into six fundamental skills: body position and balance, gears and breaking, line selection, direction control, pressure control, timing and coordination. "Every aspect of biking can be organized into one of those six skills, this allows instructors to understand the sport and teach more clearly. It's best if you isolate one skill and do exercises to improve that part of a student's riding. One little technique and their whole riding is improved."

By 2006, Howard was ready to run two instructor courses in Whistler — the courses quickly gained popularity and this year PMBI ran 30.

These days PMBI is recognized across Canada: from Canada Olympic Park, to Kicking Horse to Blue Mountain in Ontario, as well as a growing number of locations elsewhere.

"Recently we trained all the instructors and trail crew at Angel Fire Bike Park in New Mexico. We are looking at New Zealand at the moment too. There's also a real need for instructor training in Australia where we're expanding our current operations, we have three new venues there: Melbourne, the Gold Coast and Brisbane — and we're planning to expand," said Howard.

He and his staff travel internationally to teach PMBI: "Travelling is key for us," said Howard. "If you're going to run an instructor training course, it needs to be widely accessible."

When asked where mountain biking is headed, Howard is tentative in his answer: "The sport has grown a lot, but there's still a long way it can go and teaching the sport is still so new. When you look, in comparison, at how long people have been skiing, even just teaching skiing has been around longer than mountain biking!"

"If you look at the history of the Whistler Bike Park it was originally pretty hard core, you didn't really go there unless you were experienced. But now, you can take a complete beginner up there and they can have a super fun time and not get hurt."

However, Howard still has reservations. "It's good to have consistency in teaching the sport — but you still have to be careful of monopolizing. The general public likes a range of products to choose from," and he worries teaching techniques may stop improving if hampered by official red tape.

Whatever happens in the future, Howard hopes to continue bringing biking to the masses.

"Biking is for everyone — it's a lifestyle, not just a hobby. It brings balance into your life — fitness and recreation, unwinding and fun. The sport is easy to get into, and once you've bought a bike, it's free. I believe improving the quality of mountain bike lessons, and the accessibility of trails, are the two ways to get more people into the sport. As more people continue to realize this, mountain biking will go through the roof. I just know it will."