Donations to the Whistler Food Bank have been coming in steadily since the agency put the call out several weeks ago that food donations were down and supplies were dwindling.
Dec 19, 2008 7:59 AM By: Andrew Mitchell 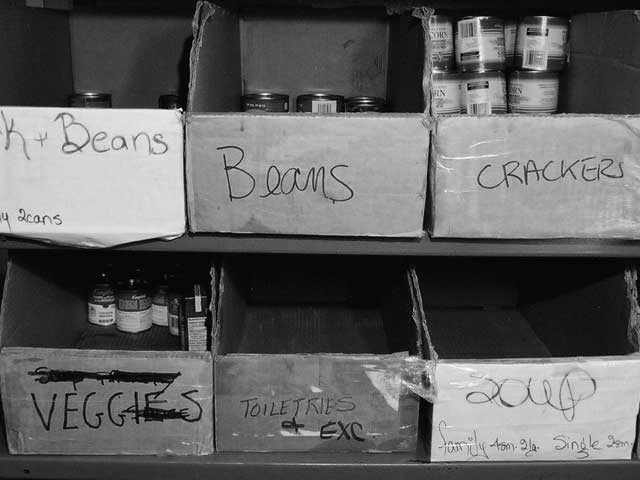 Running Low Supplies at the Whistler Food Bank are in better shape than a few weeks ago, but more is needed

Donations to the Whistler Food Bank have been coming in steadily since the agency put the call out several weeks ago that food donations were down and supplies were dwindling.

Supplies are now about half of what they were at this time last year, which could lead to shortages in 2009.

Davin Moore, a community youth outreach worker who is filling in for Kari Mancer, says the food bank relies on the pre-holiday season to stock its shelves, as donations generally drop off after the holidays. Food donated at this time of year fills bags and baskets through the following year.

“This time last year we were really stocked, now we’re at about half of last year,” he said. “Things are turning around, like businesses are holding food drives and people are calling us up to make donations, but we’re still below where we need to be.”

Demand for food bank service is also up this year, the result of a late start to the season and people working part-time or not at all. Moore says 25 people came by on Monday, Dec. 15, their last distribution day. As well, he says he is getting calls for access to the food bank almost every day from people in emergencies, or who simply could not make the regular distribution day.

The food bank operates the first and third Monday of every month from a trailer behind the Catholic Church on Lorimer Road.

Most local grocery stores have bins for food bank donations, and some stores have tags on items that are needed by the food bank. That includes items like pasta, pasta sauce, tuna, peanut butter, and other non-perishables.

As well, the food bank shops for other items that are perishable or in short supply, like fruits, vegetables and bread. Each visitor gets two bags of groceries, a bag of perishables and a bag of items they pick for themselves from the food bank’s shelves.

The food bank takes food donations or cash donations, which can then be used to purchase items at bulk prices.