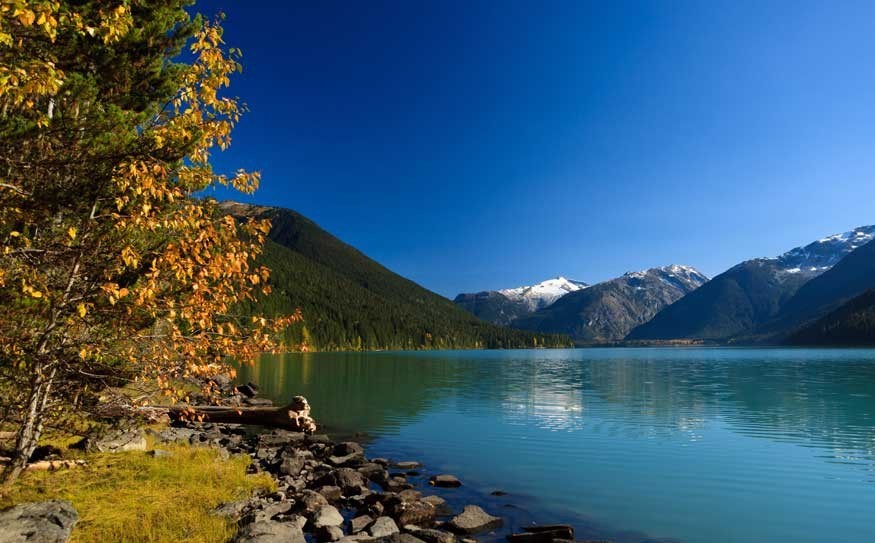 The mountain bike community in Whistler is dumbfounded after receiving a draft of the updated Garibaldi Park Management Plan on Thursday, Nov. 15. The plan would continue to ban mountain biking in the section of the park that includes the Singing Pass and Musical Bumps trails, despite almost 85 per cent of survey respondents in favour of full or limited access to the area.

It wasn't the only decision made by BC Parks that went against public opinion. Only 32 per cent of those surveyed supported heli-skiing in the park, but the draft plan would continue to grant permits for that use after the current permit expires in 2016.

The only clear winner in the draft was the proposed Spearhead Hut plan, which would see three new all-season backcountry huts placed along a trail that would be built around the Spearhead Traverse - including a new hut at Russet Lake. Survey respondents were 93 per cent in favour of the hut system.

The public will have an opportunity to comment on the draft at open houses in Whistler and Vancouver. The Whistler open house is on Dec. 6 at the Whistler Conference Centre, from 4 p.m. to 7 p.m.

The draft was released the same day that the Whistler Off-Road Cycling Association (WORCA) released its own proposal for mountain biking in the park. WORCA was formed in 1989 in response to the last Garibaldi Park Management Plan, which banned mountain biking in the Singing Pass area, while allowing it at Cheakamus Lake and Elfin Lakes areas. Reopening the park to bikes has been a core mandate of the association, which broke 1,800 members last year, and is one of the largest mountain bike clubs in the world.

WORCA's proposal requested partial access to the park on specific routes. For example, they agreed that sending bikes down Singing Pass Trail was too dangerous for hikers, and proposed that the route be uphill only. To get down, they would build a mountain bike-specific descent from Singing Pass that would connect to Cheakamus Lake. "It is steep terrain, but we believe it is possible to build a descent in this zone," wrote WORCA. "This will afford beautiful alpine views. And link to the future potential and desire for some sort of mountain bike access to the Helm Creek, Rubble Creek and Jayne Lakes (as a master plan in theory)."

The WORCA plans would require working with tenure holder Whistler Blackcomb to develop the trail in exchange for offering it to their own mountain bike customers.

Close to 1,000 people responded to the BC Parks survey, with over 40 per cent responding from the Sea to Sky region. They also received 25 written submissions from stakeholder groups.

Of those respondents, roughly 50 per cent were in support of mountain biking in the park, while another 35 per cent were supportive "provided there were some conditions placed on how this activity is managed." Of the 15 per cent who were opposed, concerns include user conflicts; damage to trails and alpine ecosystems and the cost of trail maintenance. First Nations stakeholders questioned the compatibility and acceptability of this activity within the park, and damage to the ecology.

In its own analysis, BC Parks indicated that they were "concerned that opening this area up to mountain biking would detract from a high-quality hiking experience. Furthermore, to minimize unauthorized off-trail use and conflicts between users, well-defined, dedicated bike trails and associated infrastructure would be required, which are costly to implement and maintain, and result in cumulate impacts to the alpine ecosystem and wildlife."

On the issue of heli-skiing and the lack of support from the survey, BC Parks said the "ongoing operation of Whistler Heli Skiing is important to Whistler's economy and contributes to the diversity of the recreational opportunities offered in the park. Furthermore, the presence of the heli-ski operator in the park provides an important measure of public safety." However, the draft management plan would not expand current heli-ski tenures further into the park or consider any new areas, and would create a process where parks work with Whistler Heli Skiing to place restrictions on usage to minimize user conflicts, and impacts on mountain goats and other wildlife.

In addition to supporting the Spearhead Huts proposal, the draft management plan also includes several recommendations to improve access (including vehicle access to Singing Pass Trail on the north side of Fitzsimmons Creek), develop new trails, add cultural and First Nations signage and improve trail quality to encourage more use and better handle the growing number of hikers in the area. The complete report is online at http://www.env.gov.bc.ca/bcparks/planning/mgmtplns/garibaldi/garibaldi_mp.html.