The Lamborghini in the incident was involved in a charity supercar event
Sep 6, 2020 2:05 PM By: The Squamish Chief 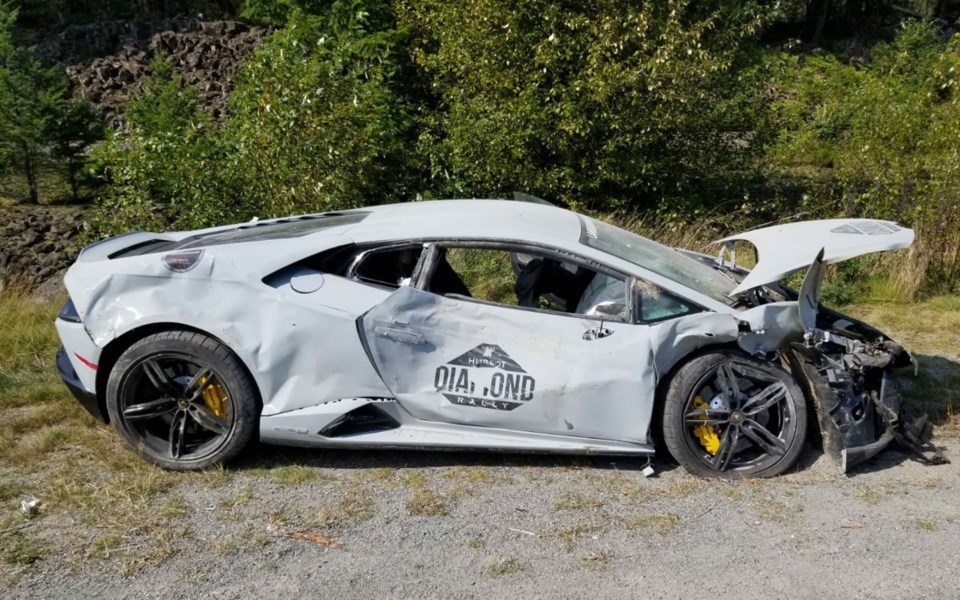 RCMP are investigating two drivers after a Lamborghini involved in a charity supercar event was involved in a multiple-vehicle collision on the Sea to Sky Highway.

The crash north of Squamish on Highway 99 at Daisy Lake caused multiple injuries, two of which were serious, according to BC Emergency Health Services.

RCMP say a black Range Rover and a silver Lamborghini were travelling northbound where they were involved in an incident that caused the silver Lamborghini to lose control and hit the median, cross over in oncoming traffic, and hit a Toyota crossover coming southbound.

"I can confirm the silver Lamborghini travelling north was part of the Diamond Hublot Rally, but at this stage [we] are determining the exact cause of what made it cross into oncoming traffic," said Sgt. Sascha Banks, in a news release.

Over the weekend, the Diamond Hublot Rally, a gathering of supercars, was driving on the Sea to Sky Highway in order to raise funds for the Make-A-Wish Foundation.

"We are investigating both the drivers of the Range Rover and the Lamborghini for dangerous operation of a motor vehicle, and once all details are obtained including the [Integrated Collision Analysis Reconstructionist Service] analysis, we will have a clearer picture of fault,” said Banks.

“We have seen far too much tragedy on the Sea to Sky Highway to last us all a lifetime. We can only implore those in our area to slow down...everyone who visits us wants to get to their destination safe and sound."

Officers say multiple occupants of the Toyota and Lamborghini were injured, including two children. They were rushed to hospitals in the Lower Mainland and the Sea to Sky.

The children are in stable condition, RCMP say.

BC Emergency Health Services spokesperson Heather Amos said on Sept. 5 that six patients were transported to hospital. Aside from the two in serious condition, the other four had non-life-threatening injuries.

One patient was airlifted out.

Amos said that a person stuck in traffic after the highway closed for several hours as a result of the event needed medical attention.

That person was transported to hospital.

Officers are asking witnesses to contact the Whistler RCMP as soon as they can at 604-932-3044.