Snowboarder found to have suffered psychological trauma
May 7, 2013 4:30 AM By: Andrew Mitchell 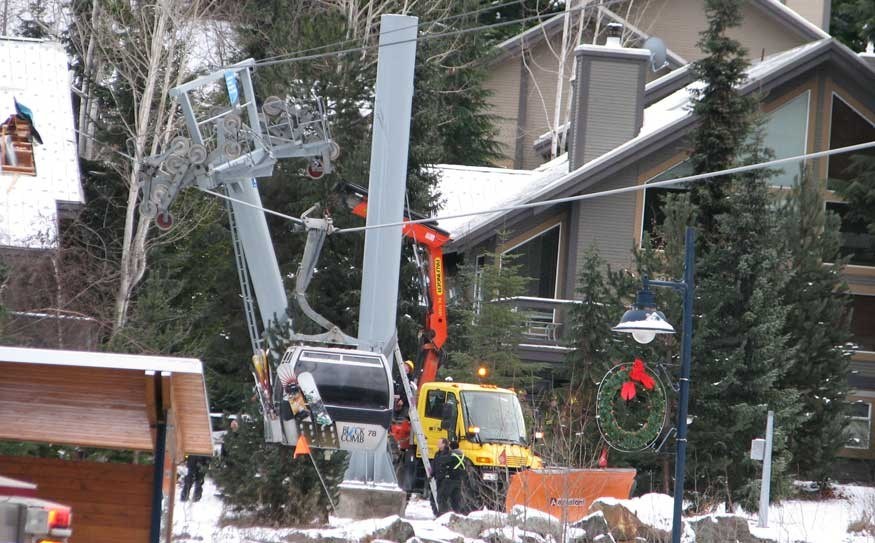 She was on the gondola with her boyfriend, and two other strangers, at the time of the accident, and was thrown to the floor when Tower 4 snapped due to ice build-up.

She spent roughly three hours in the gondola waiting to be rescued, and claimed psychological damages among other things.

According to the ruling by Supreme Court Justice Douglas Allan Betton, ÒMy own observations of the plaintiff during her evidence were of a person who has been affected by the incident. She frequently struggled to control her emotions when describing the changes in herself that she has experienced as a result of the incident.Ó Betton also wrote that he took into account the fact that court rooms can be a stressful environment.

The defendants had argued that Sefton failed to mitigate the psychological impacts of the incident by seeking counselling, which Betton rejected. ÒIn part, my conclusion is based on my observation that part of the reason that the plaintiff did not do more than what she did is because the problems she was experiencing were not affecting her sufficiently to bring her to the conclusion that further or additional treatment was necessary.Ó

The payout of $38,100 is less than Sefton requested. Her lawyer, and Whistler's mayor, Nancy Wilhelm-Morden, suggested that non-pecuniary and general damages should be in the range of $90,000, plus $40,000 for loss of earnings, $2,500 for future care and $850 in special damages for therapy and damage to her equipment. On the other side, the defendants argued that non-pecuniary/general damages, if awarded, should not exceed $8,000 to $18,000 and no money should be awarded for loss of earning capacity or future care. They said the reimbursement for therapy should not exceed $280.

The final ruling included $35,000 for non-pecuniary/general damages, nothing for lost wages, $2,500 for future care and $600 for special damages.

So far eight of 11 lawsuits regarding the Excalibur Gondola accident have been settled out of court.