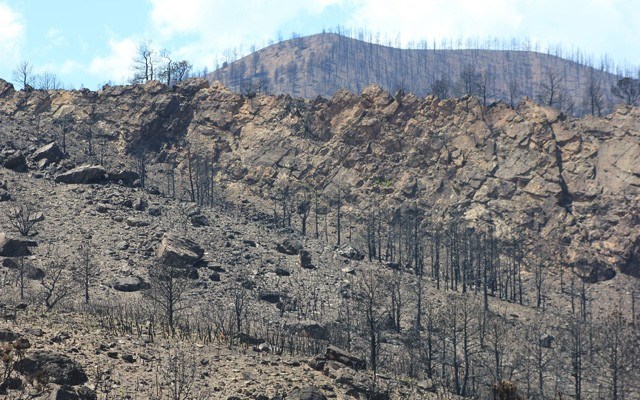 Which type of extreme weather do you think causes the most deaths in the United States? Tornadoes? Floods? Lightning?

None of the above, it turns out.

"Extreme heat is responsible for more deaths in the United States than any other weather-related event," points out a new report published this week in the journal Nature Climate Change, "and its frequency and intensity is expected to increase over this century."

A 2014 report from the Centers for Disease Control and Prevention noted that extremely high temperatures that currently occur once every 20 years could happen as often as every two to four years by the end of this century.

All of this is relative. A July scorcher in Durango, Whistler or some other mountain town of the West might be regarded as a pleasant spring day in Phoenix or Miami. Yet how we adapt to the changing climate is an issue for all of us.

Nicholas B. Rajkovich, an assistant professor in the Department of Architecture at the University at Buffalo, pointed to work by the U.S. Green Building Council to formulate responses to rising temperatures in different parts of the country. The council, which created the rating system for LEED buildings, allocates 25 per cent of available point for reducing greenhouse gas emissions associated with building systems. Reducing greenhouse gases is said to be a mitigation strategy.

But increased heat and all that comes with it are locked into the atmospheric system, even if we quit burning fossil fuels tomorrow, the Intergovernmental Panel on Climate Change has said.

"Green buildings should include both mitigation and adaptation strategies if we hope to shape the built environment in a way that is both responsive and resilient to future climate extremes," notes a report issued by the Green Building Council.

Has the climate begun to shift? Obviously so, as is evident from rising global temperature measurements. Record highs have been broken with great regularity, and the average mean temperature has inched up.

"Human-caused climate change has moved into the present," said Katharine Jacobsen, who spent 29 years in water management in Arizona and recently assembled the National Climate Assessment.

But heat is just one consequence. "Basically you add more heat to the atmosphere and lots of things can happen," added Jacobsen. Some scientists, including Jacobsen, argue that human fingerprints can now be detected in the intensity of some weather events such as hurricanes and, perhaps, droughts.

Jacobsen asked listeners to consider the impacts of just a one to two degree (Fahrenheit) increase in average temperatures. "The idea of three to four degrees or even seven to eight degrees over the next century is frightening to me, especially considering that it's the average," she said. "This tells me the future is very different."

However, there's no certainty in how this plays out. To adapt to something that is known is one thing. But how do you adapt to the unknown? The future is riddled with unknowns, and climate is just one of them.

Resiliency has become the new buzzword in the sustainability community, and at the conference it was used like a transferrable ski pass. The word is defined by the Intergovernmental Panel on Climate Change as "the ability of a social or ecological system to absorb disturbances while retaining the same basic structure and ways of functioning, the capacity of self-organization, and the capacity to adapt to stress and change."

What this means to me is the ability to take a punch and stay on your feet, a bit springy even, maybe even dodge the punch.

Sounds good. What does that mean? Consider water infrastructure. In places like Colorado, California and Washington state, dams and canals and tunnels were created based on what occurred in the past.

But what will the 21st century look like? Probably not the same as the 20th century. During the last several decades scientists have been able to discern a more erratic past that included deep and extended droughts, conceivably much longer than California's four-year struggle.

Now add the big question mark of climate change. Build more dams and where? As one water planner from Denver said several years ago, the current climate models do not provide the clarity for making decisions on massive new infrastructure.

Now consider communities living along the oceans. Sea level has been rising at Miami and Fort Lauderdale. It's not much, but it adds to the potency of storm surges. It also means seeping ocean water into the underground aquifers that provide Fort Lauderdale with its drinking water. It's called sea-water intrusion and up to 40 per cent of the aquifers have been affected.

New York City knows something about getting punched. It has experienced nine coastal storms, six heat waves and two widespread power failures in the two decades leading up to Superstorm Sandy, according to a 2013 report.

"We know that in the near future, heat waves will last longer and bring higher temperatures more often, heavy rains and storm surges will cause flooding more frequently, and there will continue to be power failures affecting large swaths of the city. New York needs resilient buildings that resist damage, protect occupants, and allow residents who must evacuate to quickly return to their homes," added the report.