Four have been charged with manslaughter in connection with May 17 stabbing
Jun 6, 2015 5:05 AM By: Brandon Barrett 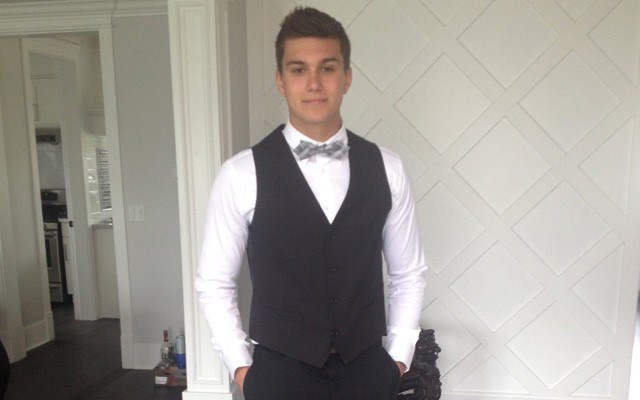 Luka Gordic was killed in an attack in Whistler on May long weekend. Now, his family is calling for Crown counsel to up the charges for the four accused from manslaughter to murder. Facebook Photo

The family of Luka Gordic, the Burnaby teen who was killed while visiting Whistler last month, has launched a petition to charge the suspects linked to the attack with murder.

On May 17, 19-year-old Gordic was visiting the resort when he was killed just after midnight on Main Street. Three 17-year-olds, along with 18-year-old Arvin Golic, have been charged with manslaughter in connection with the stabbing death.

Two of the four suspects remain in custody while the others have been granted bail.

Police claimed the incident was the result of an altercation between two groups of young people who knew each other previously, although Gordic’s family members believe he was the target of a calculated attack.

Now, the family is launching a petition to Crown counsel seeking a charge of murder for the accused, who they want to see treated as adults by the court.

“Threats for Luka's life were made all day, but he chose to walk away only to be attacked and gruesomely stabbed several times in the chest,” the petition reads.

“At 17 or 18 years old you should know your right from your wrong and that a senseless murder is not to be charged as manslaughter. This attack was planned, and in the Canadian Law book this falls under the charge of murder.”

As of June 6, the petition has amassed nearly 24,000 signatures. It can be viewed at www.change.org by clicking the link or searching “Luka Gordic.”

A website has also been launched to raise awareness of the family’s campaign, at justiceforluka.com.

Although details have not been confirmed at press time, The Burnaby Now is reporting that there will be a memorial for Luka Gordic held in Whistler on June 21. More to come.