Farmers Market gives back by donating more than $10,000 to community groups 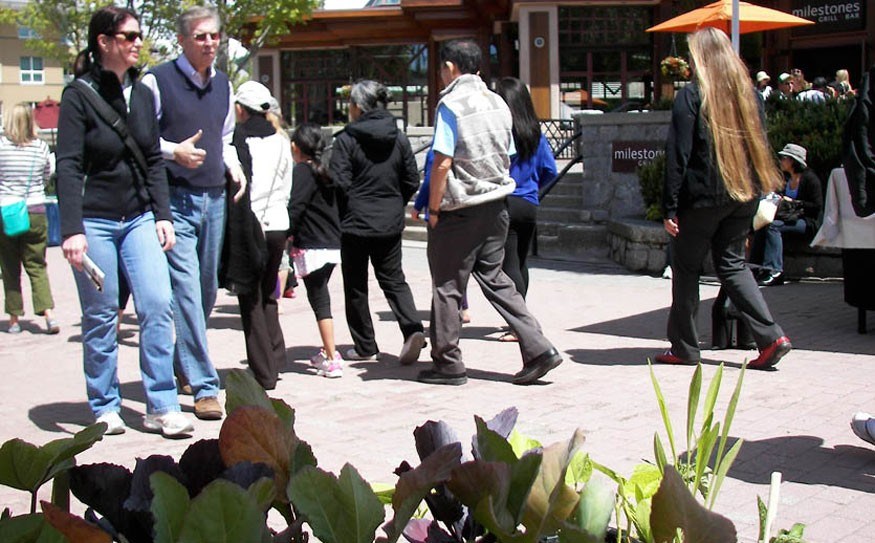 Green Growth The Whistler Farmers Market is now a philanthropic organization after the operators donated more than $10,000 to Whistler and Pemberton charities. Photo by John French

Last year was a good one for the Whistler Farmers Market.

Market manager Chris Quinlan said the market generated more than $10,000 in revenue in 2011 and the market directors decided to share the good fortune with five organizations in Whistler and Pemberton. The Whistler Blackcomb Foundation, the Chateau Whistler Foundation and the Whistler Community Services Society each received $2,000, while the Pemberton Arts Council received $1,000. Quinlan said the Whistler Arts Council received $500 in cash and an additional $500 in value from the farmers market.

"We were very fortunate we were able to operate with a surplus last year because of the success of the market so we thought it was a good opportunity to give back to the community that's supported the farmers market over the last 17 years since 1993 when we first started," said Quinlan.

He added that the market's board of directors decided two years ago to launch an annual giving program. Rick Clare, the founding director of the market and the vice president of the society that runs the market has written letters informing each of the organizations of the donations. Cheques were sent along with the letters.

The market directors were able to do this, Quinlan said, because the market is attracting between 80 and 85 vendors a week with 72 of the participants full-time vendors who have committed to being at the market every weekend this season.

According to Quinlan, as many as 5,000 people visit the market on its busiest days.

Meanwhile, the Squamish Farmers Market is benefiting from a provincial government announcement to support the Cooking & Skill Building Program offered by Sea to Sky Community Services in Squamish, in conjunction with the market's Nutrition and Coupon Program, which provides farmers market coupons to lower-income people each week. The program is targeted at lower-income seniors and families, including pregnant women, who are participating in cooking and skill-building programs.

Families will receive $15 worth of coupons each week, while seniors will receive $12 worth. Coupons are treated like cash at the market and can be used to purchase fruit, vegetables, meat, fish, nuts, dairy and fresh cut herbs.