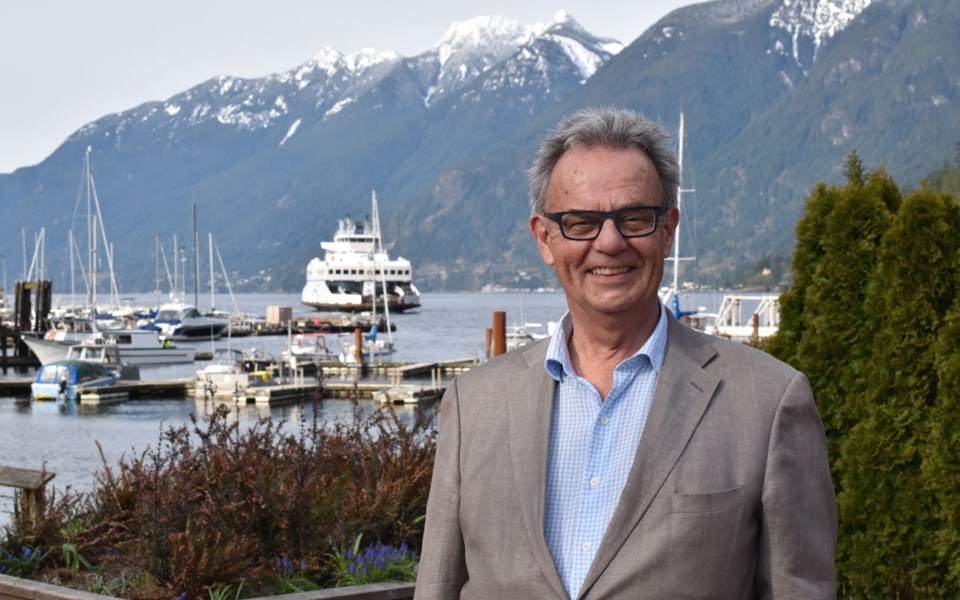 SEEING GREEN Dana Taylor is the Green Party of Canada’s candidate in the Sea to Sky. Election day is Oct. 21. Photo submitted.

Though Dana Taylor ultimately fell short in the 2017 provincial election—coming in second for the B.C. Green Party behind Sea to Sky MLA Jordan Sturdy—he did gain some valuable takeaways.

"It was a heck of an experience, and I'm sure all people who engage in this experience something similar, but you get to know the place you live," Taylor said.

"You think you knew it before, but boy, until you've been out there knocking on doors and talking to people on a regular basis ... there are elements of it that just were never sort of considered before, so that part was enjoyable."

After securing the nomination for the federal Green Party of Canada in the West Vancouver-Sunshine Coast-Sea to Sky Country riding on June 18, Taylor sees his past campaigning experience as an asset.

"It's going to be very helpful," he said.

"I feel like I'm much closer to the issues that are persistent. They don't necessarily all fall within the federal realm, but there's only one taxpayer, and that has to be accommodated to the extent that it can be, as well as tackling the larger national issues that occur to everyone.

"So that will be the task ahead."

Though the Green Party of Canada has yet to fully reveal its platform, Taylor said the main issues in the riding revolve around jobs, housing, transportation, fisheries, protecting waterways, wildfire and the recovery and sustainability of Howe Sound.

On the climate front, Taylor sees potential in the party's "Mission Possible" climate action plan, which lays out 20 action items to address the climate crisis (find the plan at www.greenparty.ca/en/mission-possible).

"Cooperation, collaboration ... once the new government is formed, these are things that we'll continue to keep front and centre, in order to get some action on it, regardless of who forms government, including ourselves," Taylor said.

With incumbent MP Pamela Goldsmith-Jones stepping aside, the Sea to Sky riding is essentially wide open at his point—how can Taylor and the Greens capitalize?

"I think a very positive message of what we offer as an alternative to the other parties. There is clearly lots of chatter about ... the record and therefore reputation of the Liberals in office, and frankly they have a lot to answer for," he said, pointing to things like the approval of the Trans Mountain pipeline and the broken promise of instituting electoral reform.

"I think that, in some respects, the Greens are the party (people) didn't vote for last time, and they probably didn't do so on the basis of the whole pressure of strategic voting to get rid of the previous government, as well as the promises of the incoming government, the Liberals, who after four years have pretty much trashed a lot of the things that were identified as important in this riding."

Taylor, 68, is a two-time North Vancouver city councillor and current executive vice-president of the Mechanical Contractors Association of B.C. He has lived in West Vancouver for more than 30 years.

Taylor joins the Conservative Party of Canada's Gabrielle Loren and the People's Party of Canada's Robert (Doug) Bebb as the only confirmed candidates in the Sea to Sky riding ahead of the Oct. 21 vote. Representatives for the Liberals and NDP did not respond to questions about their nomination processes before press time.