Increased funding, investment strategies and collaboration at heart of strategy
May 30, 2019 12:00 AM By: Braden Dupuis 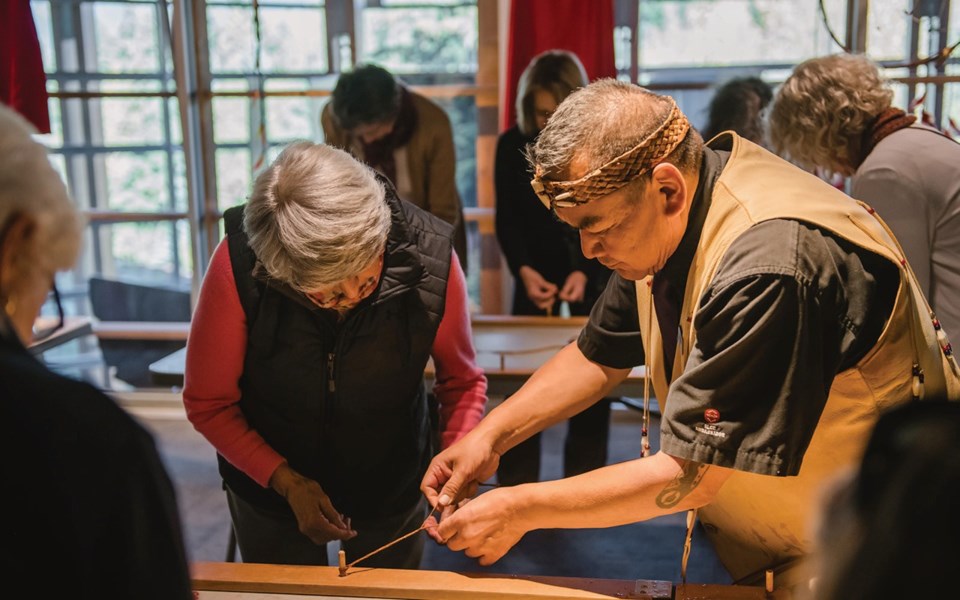 The federal government's new Tourism Growth Strategy—released on May 21—is getting high praise from industry stakeholders.

"I've had a number of meetings with (federal tourism) minister (Melanie) Jolie ... and have reiterated B.C.'s tourism priorities, and we shared our new strategic framework on tourism with the minister, and I'm really happy to see that reflected in the federal strategy."

The plan aims to grow tourism sector revenue by 25 per cent by 2025.

To do so, it proposes three "pillars:" $58.5 million in funding through the Canadian Experiences Fund to enhance Canada's tourism products and experiences; the formation of "tourism investment groups" where all levels of government will collaborate to invest more efficiently while meeting local priorities and ways to raise private investment; and the creation of a new Tourism Industry Economic Strategy Table to provide a platform for government and industry leaders to work together on addressing challenges.

"I think they've got a really solid foundation and a really solid basis, (and) they have attributed some specific funds against some of the items," she said, pointing to $78.6 million in the budget over two years to help with things like visa and border processing. "So there's some specific items in there that are very tangible ... as far as a high-level strategy it's definitely going in the right direction."

In Whistler, the goal is to develop a more "moderate level of tourism" on a year-round basis, Fisher said.

"So from our perspective, investing into shoulder season experiences or investing into some of the winter months that are not as buoyant due to holiday peak periods would certainly be advantageous to us," she said, adding that on the infrastructure side, the long-term goal is a major expansion for the Whistler Conference Centre.

"In order to be competitive, the Whistler Conference Centre ideally would have a second ballroom, in order to meet and feed guests, and to bring in the size of groups that would be consistent with the size of the resort."

Today, the Conference Centre can host groups of 800 to 1,200—a second ballroom with some additional breakout space could potentially double that, Fisher said.

While talk of the expansion is still very preliminary, mention in the federal tourism strategy of the need for greater investment in infrastructure could prove beneficial to the project.

"There's a focus on enhancing Canadian tourism through an Indigenous lens," Smith said, noting that the SLCC can now request funding up to $500,000 to help pay for new programs, product development and employee retention.

"Getting capital for products and programming and core funding has always been the most difficult component of our jobs. Finding the resources, finding the grants, and then having to report back on it," he said. "Now the tourism strategy from the federal government allows us to apply regionally and individually as organizations for this Canadian Experiences Fund, at a large level."

"I do see that we are enticing a different type of travellers from the U.K., Germany and China, seeing that we actually have a bigger opportunity to leverage those big, huge nations and demographic pools to showcase our Indigenous values here," he said.

"So I hope that growth continues, maybe not that same trend of 23 per cent for next year, but we're hoping between 15 and 20 (per cent)."

From the perspective of BC Chamber of Commerce president and CEO Val Litwin, the strategy is breaking new ground on the federal level.

"I don't know that we've ever seen a federal government step up to the plate in this way from a strategy standpoint ... it's absolutely a step in the right direction, and I love the tone of this federal government giving tourism a better shake," Litwin said.

The plan is especially exciting for tourism operators in rural B.C., he added.

"The more we're talking about this on bigger platforms and we're talking about a more strategic approach to product investment and development, the more we'll be having meaningful conversations at a federal level on this particular economic driver," he said. "So as we continue to elevate the profile, I think that's a good thing."