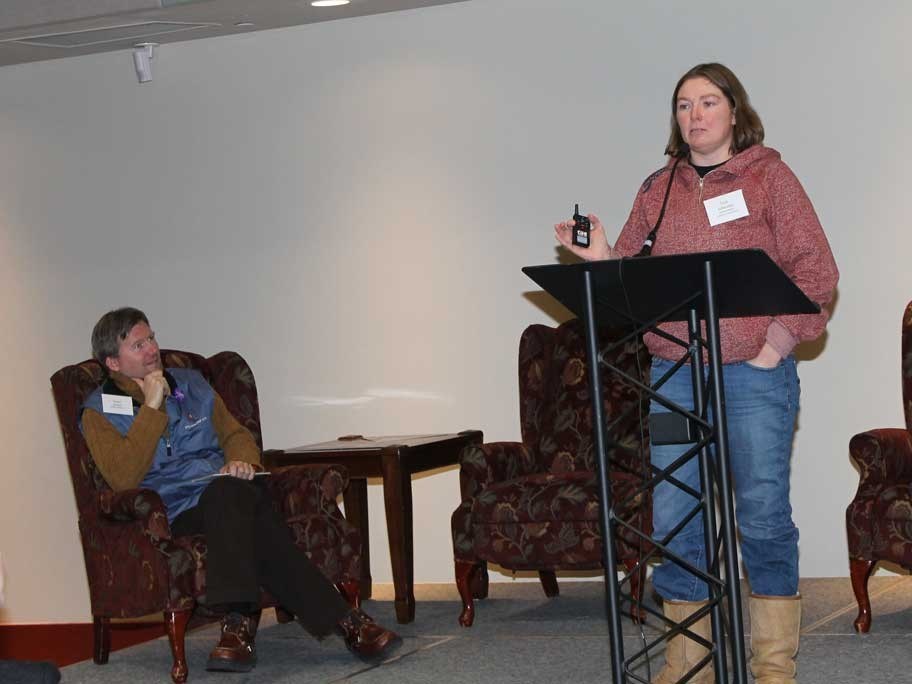 The economic future of Whistler lies with its festivals.

That was the message for attendees at the Whistler Chamber of Commerce luncheon at the Whistler Conference Centre Wednesday Jan.18. Representatives from four key festivals -Dean Nelson from WinterPride, Sue Eckersley from the TELUS World Ski and Snowboard Festival, Darren Kinnaird from Kokanee Crankworx and Shauna Hardy Mishaw from the Whistler Film Festival - were invited to speak about the economic impacts their events have had on the resort over the past few years.

The four events combined generated around $62 million in economic activity and have added significant bumps in overnight visits to the resort.

Eckersley, president of Watermark Communications, which produces TWSSF, estimated that about 250,000 attendees were present at the festival in 2004, generating around $37 million in economic activity.

The 2010 festival, which she admitted was "not a banner year," still accounted for over $21 million in economic activity.

"In most years, it will be somewhere in between there," she said.

She said the event attracts, on average, 475 media outlets, with nearly half a billion impressions driven by these outlets.

But beyond simply creating 10 days of excitement for the town, Eckersley said that the festival helps to promote Whistler as a top year-round top ski resort, both for its slopes and for its bars and clubs.

"We want to extend the season of Whistler," she said. "We want people to know that the skiing is great and there's lots going on in Whistler (in April)."

Crankworx, meanwhile, accounted for around $17.5 million in economic activity in Whistler. Kinnaird, general manager for Crankworx, said $2 million of that was spent on vacation packages for visitors. Another $5 million was spent on food and beverage throughout Whistler during the 10-day festival and another $900,000 was spent on travel, including fuel.

He said it generated $44.9 million in economic activity for the province, with $22.8 million of that happening in Whistler.

The two cultural events, WinterPride and WFF, accounted for much less, but still had considerable benefits to the resort. Nelson, executive producer of WinterPride, said the 2010 event provided $4.2 million in economic impacts for the resort, with over 2,900 room nights books, 4,100 skier visits and zero police visits.

WinterPride has also attracted the biggest gay media in the world, raising awareness for LGBT issues around the world and providing a safe and open environment for single and couples to celebrate their community in an open setting. This year, OUTtv will be producing a documentary about the festival.

Each of the speakers talked about demographics, painting a picture of Whistler that can attract just about any age group, as long as they're earning above a certain threshold. Nearly all the events attracted a majority of visitors making above average salary. The largest proportion of attendees for all festivals were visitors from outside of Whistler, and primarily regional visitors the Lower Mainland, and outlying areas in B.C. and Washington.

Both TWSSF and Crankworx attracted a younger demographic, with nearly half of TWSSF attendees aged between 18 and 34. Thirty-four per cent of Crankworx attendees were between 25 and 34-years-old, and another 21 per cent were 35 to 44-years old.

WinterPride, meanwhile, attracted mainly travel-savvy visitors between the ages of 35 and 45-years old. Most of these were men (only 15 per cent were women) and 40 per cent came from within Canada, with another 35 per cent from the U.S.

Seventy-five per cent of the 8,100 attendees to the 2011 WFF were between the ages of 25 and 54-years old. Hardy Mishaw, executive director of WFF, said that 99 per cent of all these attendees stayed overnight, and 91 per cent paid for accommodation.

But the most exciting numbers, she said, were in the number of impressions generated by the media: 61million worldwide media impressions, which reflects an increase in 77 per cent. That type of exposure is estimated to be valued at $6 million.