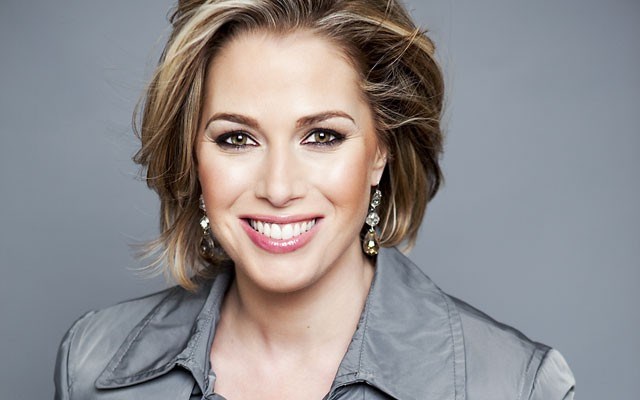 While television personality, jazz singer and actress Dawn Chubai has a lot on her plate professionally, that hasn't stopped her from also getting into the world of small business.

"Basically, because I'm not focused on it solely, it's a lot less pressure," Chubai said, of her new responsibilities.

"I have a full-time job and the small business is something that I'm sort of just doing to complement that — hopefully at some point it becomes enough that that could sustain me, but I certainly have a great deal of respect for people that are able to sort of go all in and make it work."

"I think it's going to be a great evening," she said. "My job is to tie it together and really make sure that the audience and the people that are there attending and receiving awards get the best possible experience.

"But certainly my job is easy because the hard work has been done by all the people at the chamber."

Chubai has emceed hundreds of events — everything from small talent shows to conventions for thousands — but this will be her first emcee job in Whistler.

"We have a lot of viewers out in Whistler and it's really nice to be able to connect with some of those viewers and some of the small businesses obviously as well," she said.

Getting out into the communities and meeting people is "100 per cent" the best part of the job, Chubai said.

"We work in television, so there's this concept of looking into this camera where you don't really know who's watching, but really when you get a chance to connect with people... you all of a sudden get a glimpse into who is on the other side of that lens," she said.

"So when you do events like the Excellence Awards you get a chance to also meet a lot of these people in a big group, which is so rewarding."

Finalists for this year's Excellence Awards were announced June 2.

Bob Deeks of RDC Fine Homes, Grant Cousar of Whistler Cooks Catering Company and James Retty of Escape Route and Arc'teryx Whistler are this year's finalists for the Business Person of the Year Award.

This year's Citizen of the Year is down to Anne Townley, Marg Pallot and Chris Dickinson.

Five entrepreneurs will square off for the Rising Star of the Year Award — Marc Dionne of Reactive Design, Heather Odendaal of Bluebird Strategy, Liam Peyton of the Whistler Village Beer Festival, Rilla Sampson with the Squamish Lil'wat Cultural Centre and Emily Kane of Yogacara.

Finalists for the Sustainability in Action Business Award are the Tourism Whistler Conference Service, The Green Moustache and Canadian Wilderness Adventures.

The Green Moustache is also a finalist for the Innovative Business of the Year Award along with Chromag Bikes.

This year's Whistler Champion of Arts and Culture Award will go to either Sue Eckersley, Stella Harvey or Stephen Vogler.

The Whistler Visitor Centre, Arc'teryx Whistler and Upper Village Market are up for the Service Excellence Award for small business, while Whistler Premier Resorts, The Adventure Group and Summit Lodge Boutique Hotel will compete for the same award in the large business category.

Check out www.whistlerchamber.com/Events/Whistler-Excellence-Awards.html for more.