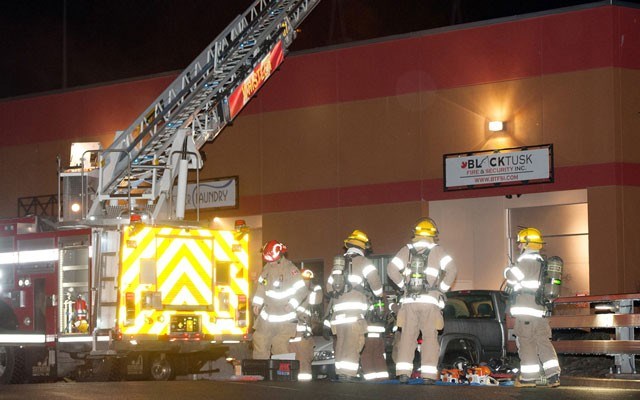 The Resort Municipality of Whistler's (RMOW) long awaited Fire Services Review was presented to council on Nov. 3 and contained 14 recommendations to improve the service.

The recommendations deal with everything from legislation, training and firefighting assets, all with an eye towards making things more efficient.

Many of the recommendations, like those around consolidating fire-related bylaws or developing alternative utilization strategies for on-duty career firefighters, are designed to streamline efficiencies behind the scenes.

Others, if implemented, would be more noticeable to the naked eye, like the recommendation to close Fire Station 2, located at 8900 Highway 99, and redistribute its assets to Stations 1 and 3.

Having fewer halls would allow for easier integration and training of staff, as well as ensure a better distribution of calls among staff, Playfair said.

The Fire Underwriters Survey (FUS) has reviewed the proposal and said it would not increase the risk rate for residents and structures in the area, he said.

"In other words, the insurance rates would not change for any of the homes in those areas based on (closing) Hall 2," he said. "So basically the FUS are saying no change in risk, which means no change in concern for those people."

The report provided comparisons to similar communities — Revelstoke, Banff and Canmore among them — and found that the RMOW spends more on its fire service than any of the other communities studied. The total operating budget of the WFRS is $3.77 million, including wages and other aspects, according to the RMOW.

The WFRS responds to two-to-four times as many calls as the other communities, the review found, which in turn contributes to higher costs.

Two main reasons for that are the number of false alarm calls the WFRS responds to — exacerbated by the number of hotels and visitors in town — and the fact that they are also responding to non-emergency medical calls, which many fire services don't do.

"When I look at the comparable communities, in that regard they're not so comparable," Playfair said.

Banff, for instance, has considerably fewer bed units than Whistler.

"We've got eight times the bed units, so it's no surprise that we have a lot more calls for automatic alarms," Playfair said.

Next steps for the review include establishing a committee tasked with guiding decision making around the recommendations, Playfair said.

"Out of that, subcommittees may be formed for specific items, and then an implementation plan has to be developed," Playfair said. "And it should be noted that nothing in the review ties council to any expenditures."

The report — which cost $73,000 — is just one of many issued by the RMOW in recent years, designed to provide mayor and council with a firm platform of evidence on which to base decisions.

"I'm a firm believer in making evidence-based decisions, and that's exactly what these plans do, they provide us with a very comprehensive picture of what the particular topic is," said Whistler Mayor Nancy Wilhelm-Morden.

"We don't go running off and make decisions based on an anecdote or gut feel. We've got something that is very thorough, very clearly laid out to assist us in making decisions."

On October 23, the RMOW issued a request for proposals for a Facility Maintenance Management Plan that would take stock of the current state of all buildings currently owned by the municipality.

"With what's coming down the pipe I think we've got pretty much everything covered."