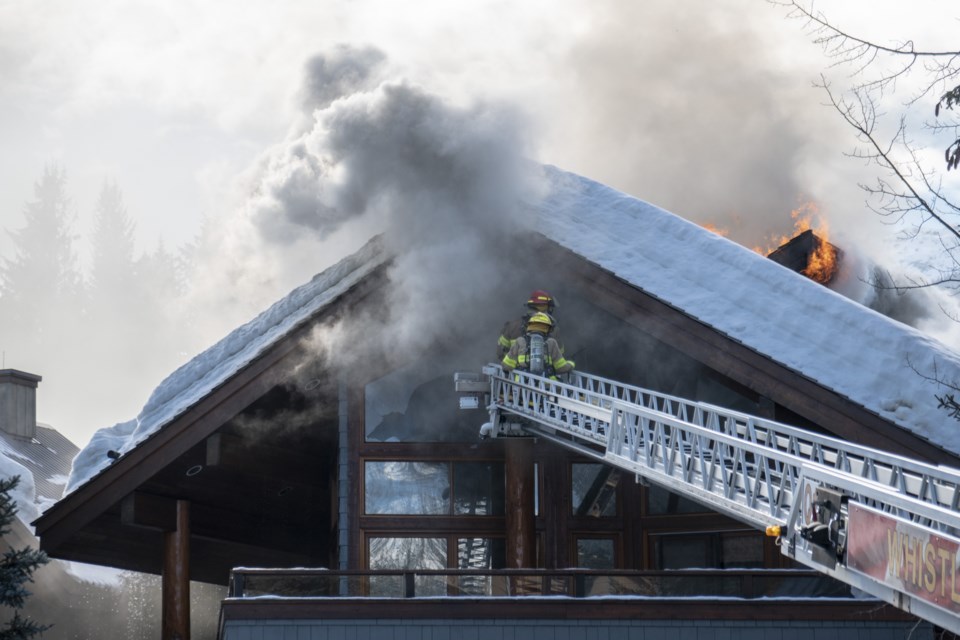 A structural fire broke out Sunday afternoon, Feb. 17, at 8016 Nicklaus North Boulevard and has since been contained. Photo by Jorge Alvarez

A fire that broke out at a Nicklaus North home this weekend has been contained, confirmed the Resort Municipality of Whistler (RMOW).

In a release, the RMOW said the Whistler Fire Rescue Service, on Sunday, attended a structural fire at 8016 Nicklaus North Boulevard.

The fire was reportedly concentrated to the roof and has since been contained. Firefighters remained on the scene for several hours Sunday afternoon performing salvage and clean-up, the RMOW said.