First bear of the year spotted in Whistler

Now is the time to make sure all attractants are secure, conservation officer says
Mar 19, 2018 9:00 PM By: Megan Lalonde 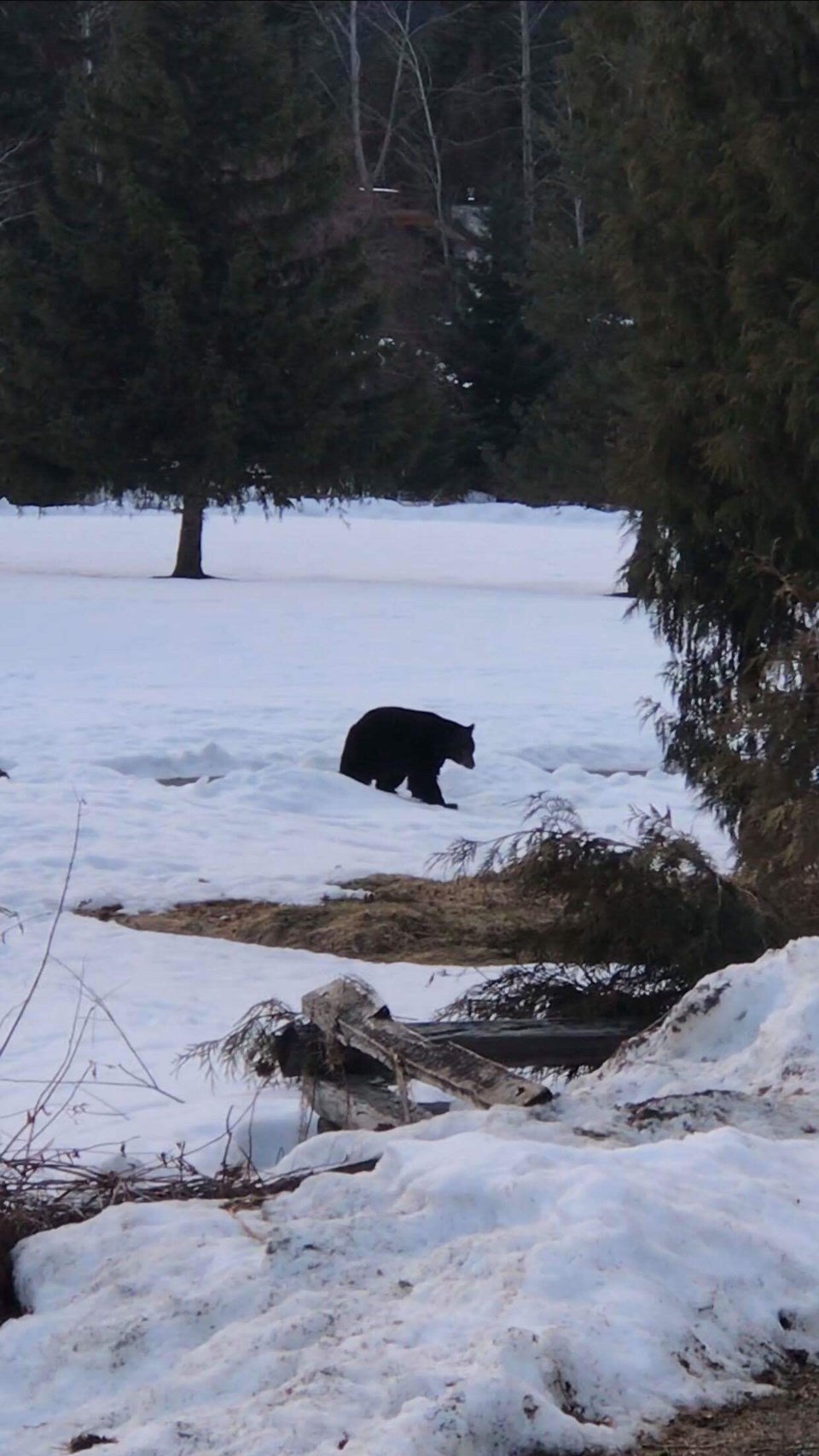 The first black bear of the year was spotted roaming about the Whistler Golf Course last week. Photo by Mats Kullerstrand

Local conservation officers have officially received the first report of a black bear spotted in Whistler this year.

"It's a good opportunity when the first bear starts showing up looking for a patch of green to remind everyone to secure all attractants," said conservation officer Sgt. Simon Gravel.

"Those bears will be hungry, and if they show up and if they have a reward like accessing non-natural food, it will quickly become a problem."

Now is the time for Whistlerites to take attractants like bird feeders inside for the summer, in addition to making sure garbage, recycling and pet food are inaccessible to wildlife.

Although it's still relatively early in the season for bears to emerge from hibernation, Gravel said the warm temperatures and sunny conditions Whistler's experienced over the past couple of weeks have likely played a role.

"We often see early sightings. Sometimes they'll go in and out of dens," Gravel explained. "It's still very early, so I think we'll see more bears in the coming weeks, but it's a good reminder that (bear season) is coming very quickly here."

As temperatures continue to rise and more bears begin venturing into the valley, Gravel also wants to remind Whistler residents and visitors to refrain from approaching bears at any time.

"We can't say that enough,"he said. "In Whistler it's a big problem. Our visitors and even our residents sometimes, they want to take a picture or approach a black bear, and that contributes to the black bear becoming habituated to human presence and that's usually not a good thing."