Friends and family looking to grieve the loss of local DJ Mike Grefner have planned a local memorial for Easter Monday, April 9, at Our Lady of the Mountains Church, starting 5 p.m.
Apr 4, 2012 9:00 PM By: Andrew Mitchell 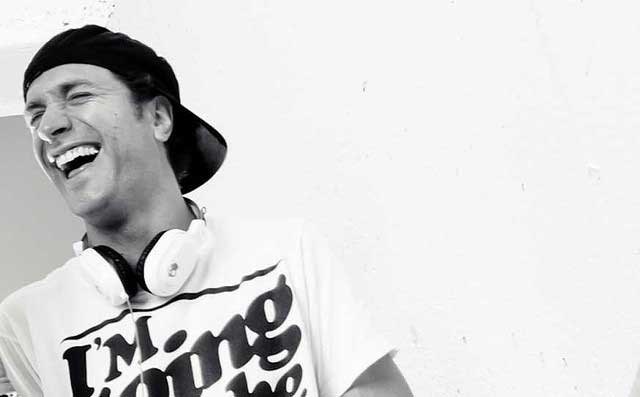 Friends and family looking to grieve the loss of local DJ Mike Grefner have planned a local memorial for Easter Monday, April 9, at Our Lady of the Mountains Church, starting 5 p.m. As well, friends are currently planning a vigil on his birthday, May 18, with details to be announced, as well as other tributes.

Grefner's body was discovered in the woods near Whistler Secondary on March 10, about a kilometre from his home, after going missing mid-January. The cause of death is still under investigation, but foul play is not suspected — Grefner was drinking with friends the night before he went missing.

Phil Vienneau, who DJs locally as Fidel Ca$hflow, has known Grefner for 20 years and has been handling many of the memorial arrangements locally with other friends. It's been challenging losing his best and oldest friend, as well as communicating with thousands of Grefner's friends and fans around the world — but gratifying as well.

"It is comforting to see literally thousands of people from clear around the globe showing their support and trying to help," said Vienneau. "I haven't had a chance to get back to them all and I don't know if I even can. It's really been overwhelming, but in such a good way. It shows how much of an impact he had."

Vienneau first met Grefner at the age of 14 when they were growing up in Red Deer.

"He ended up taking me to his place and down to his basement where he had some turntables set up, which I'd never seen before," Vienneau recalled. "He started scratching, and I said, 'you and me are going to be friends for a long, long time.'"

The two shared music as they grew up and always ended up living near each, no matter where they moved. Grefner was the first to move to the coast, coming to Vancouver seven years ago to help with a niece diagnosed with leukemia. He started to DJ in the city, and five years ago moved to Whistler.

"I think it was kind of my push, my recommendation," said Vienneau. "I'm not really sure why, but I grew up as a skier. I said, 'you need to be in Whistler for the Olympics.' I came out and joined him a few years before and we've been here five years now."

Vienneau could drag Grefner up skiing every now and then, but Grefner's interests were a little different. He liked to work out at Meadow Park. He did yoga. He meditated. And when the snow was clear he would run, listening to music in his earphones.

There was always music.

Grefner's DJ handle was Vs Zero, but he did more as a musician than spin records. He recorded mash-ups and mixes, and used the technology of the DJ trade to make his own music. When Dubstep emerged from the clubs in the U.K. he was an early convert.

Friends tried to assemble that music on Soundcloud as a tribute to the DJ, there was so much interest that they exceeded the limits for Grefner's account and shut it down. Vienneau said some of Grefner's friends were working to get the music back up, but it will take a bit of work.

"A couple of Mike's friends, Tom and Candace, have started a new Soundcloud with unlimited downloads so it never goes down again, and I'm trying to get everything on there. It's a long process because it's been such a long career for him; he's been DJing for 20 years. I have a few hard drives to go through as well."

If there's one thing that Vienneau wants people to remember about Grefner it was his inexhaustible enthusiasm.

"He was very enthusiastic and passionate about anything he set his mind to, more so than anybody I've met in my entire life," said Vienneau. "He really took the bull by the horns. He just loved everything, and if there were something out there he didn't love, he'd find something about it to love.

"He was also just a generous, giving person. He was so generous. I once saw him give his whole DJ pay away to a homeless person one night in Victoria. I said, 'you know, he's just going to buy drugs with that,' and sure enough we watched him go and buy some drugs off another guy. And Mike said, 'well, I guess that's what he needed.' He just looked for the best in everything.

"I wouldn't be where I am and doing what I'm doing if it wasn't for him. He set up and helped so many people here and back home, DJs and others, he just inspired them. He was like my brother. I talked to him every single day."