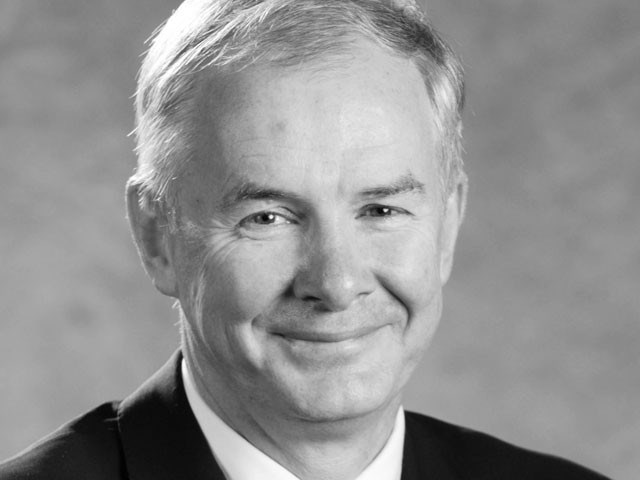 John Furlong, the CEO of the Vancouver Organizing Committee, understands some of the challenges facing Whistler as it prepares to host the 2010 Olympic and Paralympic Winter Games. Last weekend he came to the resort to participate in the resort’s town hall meeting on the Games and the Pique’s Clare Ogilvie had a chance to sit down and chat about some of the issues on the minds of citizens.

Pique: There is a lot of concern around how the resort will handle accommodation for Olympic visitors and accommodate workers needed to host a successful Games. Are you discussing the subject with the municipality?

John Furlong: We are having ongoing daily discussions with the community, with tourism, with everybody about keeping the momentum going and creating this strong sense of awareness that this is a real issue and it has to be solved. I do think when you are just moving along and you don’t see the evidence that (the Games) is just around the corner it is easy to say, ‘Oh, we will look into it next week, we will do it next month.’ (We need to get) everyone’s attention on it. You’ll remember about a year ago the media accommodation was painted as a bit of a crisis and in many ways that was the best thing that could have happened for us because everyone’s attention went to who has to collaborate on this and who has to get involved. I was never of the view that we wouldn’t get it solved. I knew we would. But it required people’s attention.

Pique: According to information from the municipality, 23 per cent of Whistler residents are planning to leave the resort for the Games and in all likelihood will rent out their homes and even the suites that house local workers who rent. What would you say to those people who are thinking of leaving at Games time?

JF: To the last second our job will be to convince everybody to be a player in solving (the accommodation) problem, to be a contributor to the Games. That is, whatever it is they need to do to help us deliver effectively. I think (Mayor Ken Melamed) said it the best… Everyone is watching. What do you want people to see and take from it?

I think people will do what they have done in other countries and they will rise to the occasion and support this as they always have.

It is just a very different dynamic having to (secure accommodation) door to door as opposed to it just being hotels. If that was the case this would have been resolved years ago, but it is just not the way it is, so it is a challenge.

Pique: Does VANOC support the idea under consideration by the municipality to relax the nightly rental bylaw?

Furlong: I am confident that the community will find answers that will help us find solutions.

Pique: This season we have seen a return to historical snowfalls in the valley. There have been issues on both the roads and in dealing with snow at the Nordic ski jumping venue. What lessons are there from this experience for VANOC?

Furlong: I am happy and sad about (the snowfall) at the same time. I’m happy about it because… a couple of years ago everyone was worried that we were going to meet our Waterloo in terms of weather but that hasn’t happened and it won’t happen. But I think what is good about it…(is that) when you have things happen you learn how to deal with them.

One of the great things about the last two weeks is (that having) 15 to 30 centimetres of snow every day for six or seven days has told us you will likely have it happen so you better figure out how to move it, how to move it properly, (and) how to get it off the roads.

We have compounds and parking lots and sites to clear, and it will help us understand the amount of equipment we will need, the number of volunteers we will have to have as a backup.

I think, for our team, we would come away from the last two weeks with literally no prompting and be convinced that we will likely have to call on larger numbers of volunteers more often to deal with some of these issues during the Games, or at least be prepared to.

I remember the one great night in Torino (2006 Winter Games) when they had the 25-year snowfall in one night. They had a thousand people on the mountain overnight, all night, and when you got out there in the morning for the downhill event you would never had known, it was perfect. There was snow everywhere, but they found a way to clear it. We have to figure that out.

So for us it is a happy story because we know the snow is coming, but we also now know that we have to be set up properly to make sure that it is as effortless as possible to move it, to manage those sites so that they are perfect for people coming and going everyday.

Pique: The weather has also had an ongoing effect on the only road in and out of Whistler, Highway 99. Is VANOC discussing the situation with the Ministry of Transportation?

We haven’t gotten down to the one-inch level discussions yet, but at a high level we have been talking about the idea (that) Games time is different. We will have to be ready to deal with what happens and what could happen, and we will be. These are some of the best people in the world at what they do and I think they will see this area between Vancouver and Whistler as a special project for that period of time and that the road will have to be kept moving.

Every Games I have been to…there is a snag or two. (At) Salt Lake the first day they had a snag but they were well organized and they had systems and they were able to improvise, solve it, and move on. So what I think is good about what has happened here now is that we are probably going to get more practice to deal with some of these things in advance and frankly I hope we do have a few scenarios to deal with…if we don’t we may have to create them.

Pique: This February we will be at the two-year countdown to the Games. What does this mean for VANOC?

Furlong: The pace of life is going to dramatically change for us. This piece of work that we have to do now is going to be quite a test for our team. Across the organization people are going to be faced with all these (test) events that have to be put on. There is a lot of activity coming and it is coming all the time. There are not going to be the big breaks between activities anymore. This will continue for about 15 months and then there will be this final push when we will be in this full fledged operations mode as we head into the Games themselves.

I think the World Cup event that we are having here in Whistler (Feb.19 to 24) will be a significant milestone event for us because we will be doing something we haven’t done before and it will be a good challenge for our team. After that we will start to understand the types of things that will be demanded of us as we go forward.

Pique: The cultural events surrounding the Olympics are also very important and something that Whistler is very excited about. What kind of role does this play in the overall hosting of the event?

Furlong: Many people connect with their country and other countries through their artists and performers and it is a medium in which the country gets to engage in the Games in a different way. Not everyone has the same passion for athletics and some of the things we do day to day, so this will be a big part of making people feel good about the Games and the power of the Games.

What the cultural Olympiad is doing is inspiring people to think and become creative. I think we are going to see things in the next two years that are brand new for Canada, things that we have never tried before that we are collaborating on.

So the Cultural Olympiad is just another aspect of Canadian life that is going to change and the Games are going to allow us to power that up and profile it globally. (The) people who are participating in the cultural Olympiad will feel very much like the athletes do at the Games: like they are part of it all.

We are in a unique place in that our cultural Olympiad is starting two years out and I think that is good because it will allow people to acquire a sense of what this is about and not be caught by surprise.