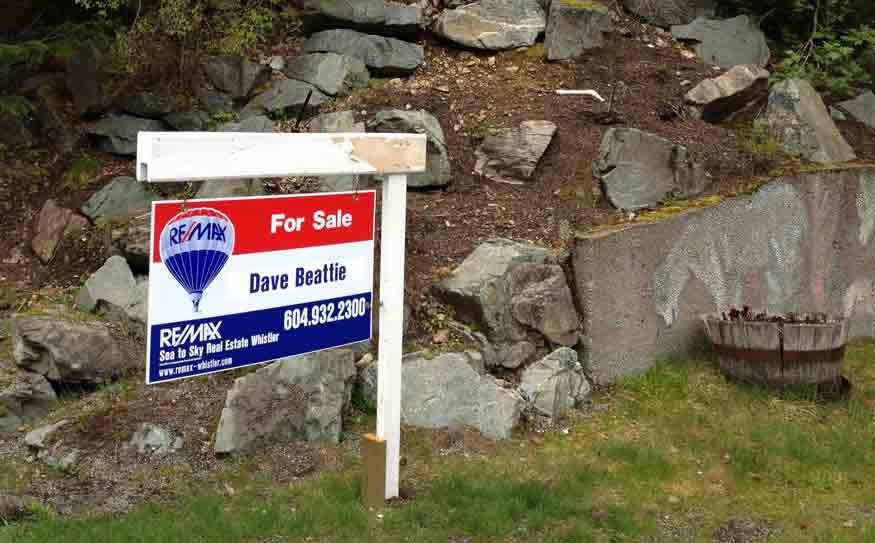 An encouraging statistic has emerged for Whistler Real Estate agents from data collected between January and April of this year on property sales in the resort.

According to Beattie, there is demand for chalets and single-family homes valued at under $1 million in Whistler, very few matching this criteria are currently listed. These homes are expected to sell quickly if they are in good shape and priced well.

"The amount of inventory in the market in Whistler is a little lower than this time last year," said Beattie. "Economics 101, supply and demand, if you have a limited supply and the demand increases or even stays the same prices should go up but it is a very long curve."

He said he believes Whistler is at the bottom of the curve but he doesn't believe a recovery has started yet.

"The values are looking like they might be at the bottom and we're starting to see a little bit of an increase in value," said Dagg.

According to Dagg, it's still a buyer's market in Whistler.

The Phase II condominium segment is the toughest market to be in right now, said Dagg, as the value of that type of property has decreased.

"The value of those properties has dropped significantly and they're continuing to drop because there's no net return on investment to get people excited about buying them," he said.

Beattie pointed to a strong real estate market in Vancouver as an influencer on what is currently happening in Whistler.

"What we're seeing is a lot of people from Vancouver that have been selling their properties to overseas clients, so those people are starting to look at Whistler as an option as opposed to buying back in Vancouver," said Beattie of a group of mature buyers who want to spend more time in Whistler while remaining connected regularly to life in Vancouver. "While the Vancouver market was running up, the Whistler market was soft so those markets have really become much closer."

Beattie said many people have been sitting on the fence waiting to see what happens with the market in Whistler. It is a strategy he said he understands.

Said Dagg: "I think that we're going to see some conservative appreciation in the next short while in everything but Phase II properties."