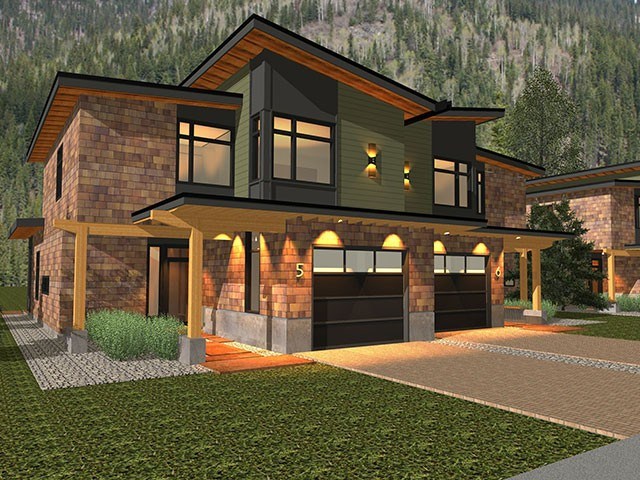 The first homes in the athletes’ village have been approved for development — another sign the $131 million Olympic and Paralympic project is progressing quickly.

Council issued a development permit Monday to the Whistler 2020 Development Corporation for 40 townhomes. The units will be a mixture of duplexes and fourplexes. It is just one portion of the 250-unit project, which will house athletes for the 2010 Games and be transformed into employee housing following the Games.

These first units will be three or four bedrooms, ranging from 1,500 to 2,000 square feet. Those numbers raised a red flag for Councillor Tim Wake, former general manager of the Whistler Housing Authority (WHA).

“I’m worried about affordability,” said Wake. “These units are large.”

Based on the most current figures from the WHA, there are now 671 applicants on the housing waitlist — the highest it’s ever been.

More than half are approved for less than that amount.

“Why don’t we build what they want to buy?” asked Wake.

The WHA board raised those same concerns, said Councillor Gord McKeever, who is the board’s chair, when it reviewed the preliminary plans.

The board also noted that the first phase of the Rainbow development, the recently approved large employee housing project at the north end of town, was also set to deliver larger, and therefore more expensive, units. The bulk of the product at Rainbow will be duplexes and single family homes, ranging from 1,300 square feet to 2,220 square feet. The price tag targeted is $200 per square foot plus the cost of the land — which would price the units roughly between $325,000 and $550,000.

McKeever said the WHA board was assured that the remaining units at the athletes’ village would provide a balance to the inventory.

Neil Godfrey, vice president of the Whistler 2020 Development Corporation, could not confirm the final unit mix at the athletes’ village this week. The first townhouses are expected to be some of the largest units but there will be a mix coming online afterwards, including apartment-style units.

He added that the 2020 Development Corp. is well aware of the pre-approval numbers at the WHA.

“We think we’re not going to over-subscribe to any one particular area,” said Godfrey.

“We’re certainly always cognizant of what the waitlist is.”

Monday’s approval of the development permit means work is scheduled to begin on that portion of the athletes’ village at the end of September.

The townhouse drawings reveal exactly how the units will be converted to employee housing after the athletes have come and gone.

For the 2010 Games the ground floor will have three bedrooms and a living area. The upstairs will have four bedrooms. There will be no kitchens in the units.

After the Games, developers will knock out walls to create a living room and dining room from two bedrooms. The third bedroom will be converted into a kitchen and the living space for the athletes will be transformed into a garage.

Wake also asked if there were plans and money set aside to market the homes to residents in the community.

Mayor Ken Melamed, who is on the board of the 2020 Development Corp., said a separate sub-committee would market the units and there was a budget associated with that.

Wake said they shouldn’t be spending money on marketing because the WHA waitlist is essentially the market.

Monday’s application is the first of 10 in the athletes’ village that will come to council for development permits.

It shows home designs in a contemporary “Coast Mountain” style. The site is next to the Cheakamus River, 400 metres from the centre of the athletes’ village core, and close to a bus transit stop.

It will use green building standards, including a district energy system that will heat the homes from the waste heat at the sewage plant.